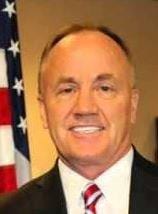 Bob Bennett is a seasoned and talented professional with over 30 years of proven leadership experience. He has a lifetime involvement in organizing and participating in athletics, including boxing and various forms of martial arts. He served as an amateur boxing judge for 10 years; two years training as a professional boxing judge, followed by two years as a professional boxing judge for the Nevada Athletic Commission. His relentless pursuit of excellence made him the perfect choice to lead the Athletic Commissions operations.

Currently, Bob serves as the Executive Director for the Nevada Athletic Commission. Under his leadership, eight full-time staff members, twenty-eight Inspectors, and an array of officials oversee and regulate, world-class unarmed combat events that generate millions of dollars for the State of Nevada. Las Vegas is known as the “Fight Capital of the World” and is considered the epitome of success for many young fighters who step into the world’s spotlight. Prior to joining the Nevada Athletic Commission, Bob had an illustrious career in the Federal Bureau of Investigations. His service spanned over two and a half decades and included such assignments as Supervisory Special Agent of the Las Vegas Division Drug & Gang squad, responsible for three multi-agency task forces consisting of local, state, and federal law enforcement officers and agents. After retiring from the FBI, Bob went on to become the Court Security Director for the Eighth Judicial District, responsible for all administrative policymaking and security-related matters.

Bob gained invaluable leadership training as a Captain in the United States Marine Corps, where he was awarded the Navy Commendation Medal for meritorious achievement while serving as Commanding Officer for marine detachment. Bob showed his passion early on for unarmed combat sports, by planning, organizing and participating in boxing matches between sailors and marines. His dedication and passion for the sport of unarmed combat is still as strong today.