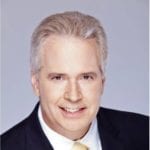 Robert M. (Bob) Brown is the President and CEO of Opportunity Village, Nevada’s largest habilitation organization providing a variety of services to people with intellectual and related disabilities. Bob is a graduate of the University Of California, Berkeley. He and his bride of 30 years Melinda have four children, one of whom has an intellectual disability. Bob is the former Publisher of the Las Vegas Review-Journal and has served as the Board Chairman for the Las Vegas Metro Chamber of Commerce. He was appointed to the National Council on Disability by Congress. He is also on the boards of directors of Catholic Charities of Southern Nevada, Together for Choice, and was appointed by Governor Sandoval to serve on the State of Nevada 150th anniversary committee.