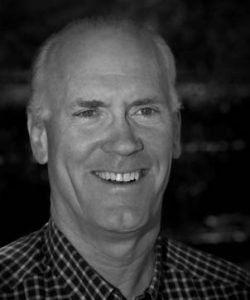 Steve Casey served 2004-2005 as the 81st President of the Las Vegas Rotary Club, the Best Club in District 5300.  The Club’s theme for this very special year was “Do Good Things & Have Fun”.  This was a most special and unique year because it was the Centennial Year for both Rotary International and the City of Las Vegas.

Las Vegas Rotary Club used the occasion of Las Vegas’ 100th birthday to “Celebrate Rotary”, which was Rotary’s Centennial theme, by preserving a Railroad Cottage as our Centennial Project.  Karen Whisenhunt chaired this $30,000 project.  Karen also scheduled daily events during Rotary Centennial Week in February, which included a birthday cake at the weekly meeting, a picnic in Rotary Park, teddy bears to children in the hospital, and the painting of a Centennial Mural at Bracken School.  Las Vegas Rotary Club participated in the Las Vegas Centennial Helldorado parade in May by driving classic automobiles provided by members Caty Crockett, Randy Donald, Barry Becker, and James Taylor.

Those serving as Directors on the Club Board were Tom Axtell, Karen Whisenhunt, Randy Boesch, Randy Campanale, Kathy Dalvey (Past Pres.), Janette Ford, Brock Fraser (Pres.Elect-Elect), Ed Lepere, Janet Linder, Steve Linder, Russ Swain, and Ned Phillips (Pres. Elect).  Karen Whisenhunt was selected as Rotarian of the Year for her exceptional service to Las Vegas Rotary Club.  J.A. Tiberti, a member since 1946, received District 5300’s Commitment to Service Award, the Club’s Lifetime Achievement Award, and LV Rotary Foundation recognition for his many contributions over almost 60 years of membership in the Club.  Jim Tucker was presented with the Marathon Man Award for his many years of enthusiastic and unwavering support of the Club.

The business side of the Club was enhanced with the hiring of a bookkeeping firm to allow for the separation of the record keeping and custody functions.  This step was taken to assure that the assets of the Club and Foundation, which exceeded $500,000, were properly protected.  Richard Hanseen was a great help in this and served as the Club Treasurer.  Susan Ziobro continued as the Club’s Executive Secretary.

On the International front, the Club sponsored Team Member Erica Etienne on her GSE trip to Korea, Karen Whisenhunt established Twin Club relationships with Calgary, Canada & Tijuana Mexico, the Club received a personal report from Sorn Daigle (sister-law-of member Mark Daigle) on the progress of our International Project at a school in Thailand, the Club contributed to water wells in Mexico, and we had many International Visitors including those from Bulgaria, UK, Guatamala, Canada, Mexico, Australia, Monaco, Germany, Sweden, Ireland, and Scotland among other countries.

Locally the Club contributed to the community in many ways.  Operation Santa Clothes, thanks to Jim Hunt and Bob McBrien provided a happy holiday to over 220 kids.  Santa Clothes was recognized as an outstanding children’s charity event by the presentation of a $1500 grant from Sam’s Club.  Our annual Thanksgiving Food Drive joint lunch with Kiwanis for the benefit of Salvation Army was very successful.  Boyd Gaming sponsored show tickets for our quarterly Wetzel Awards to recognize deserving Nellis AFB personnel.  Ted McAdam, was responsible for organizing this event, named for member Carol Wetzel’s father and former member, Col. Scotty Wetzel.  Grants were presented to Opportunity Village, Wheelchair Foundation, Boys Town of Nevada, Boy Scouts, and God’s Word for Life.  Members again participated in and supported Safe Streets at Opportunity Village, Kideract at Bracken School, Interact at Advanced Technologies Academy and Del Sol HS.  The Club also sponsored representatives to RYLA, Interact Symposium, and TLC.  Many club members cleaned their closets and garages in support of the Yard Sale Club Fundraiser, which was organized by Janette Ford.  A special opportunity presented itself when the Vision Expo convention came to town.  At the invitation of Frank Devlyn, Past Pres. RI 2000-2001, a booth to inform convention goers about Rotary was organized by Karen Whisenhunt.