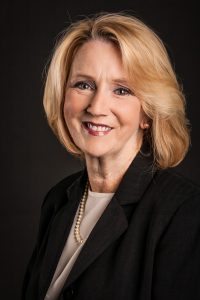 Mary Ann Avnet became the 93rd President of the Club and the year started out with a new look and a new room as we moved the weekly meetings into the “Great Rooms”.   For the first time we had our own space and a little more room to spread out without have people isolated off to the sides.  Ed Lepere and his team worked diligently throughout the year to work out a few sound issues, and make it a “great room” for us to meet in.

The Grants Committee, led by President Elect David Thorson, helped fund our mission statement.  They made a $5000 donation to Walter Long STEAM Academy for their Musical Garden.  They also authorized two grants to Junior Achievement to help fund their Finance Park in 2015 and again in 2016.    We contributed $2500 to Will Beckley School to help them broaden their series-reading program and $2500 to Walter Bracken STEAM Academy to help them replace and refresh their series- reading program.

Our Canned Food Drive was super successful, chaired by new member Debbie Donaldson and past 25 Club President Anil Melnick with lots of support from other club members.   They introduced a new “Sock It to Hunger” event and raised over $12,000 for the Salvation Army.   For the past 61 years, we have carried on a light- hearted rivalry with the Kiwanis Club, which continues to help members of our community who face food insecurity on a regular basis.

Santa Clothes continued to be an exceptionally magical experience.   We celebrated our 20th year of Santa Clothes and were honored to have Bob McBrien and his wife join us both at Santa Clothes and at our Holiday party where he was honored as the man who began Santa Clothes in Las Vegas.   Our goal was to have 100% participation from our members (either through donations or volunteering) and we came very close.  We treated a record number of 321 children that day at three malls, and had a great time over at UNLV after that.   Santa Clothes Chair Jim Hunt and his capable committee pulled off a flawless event with the help of ten other Rotary Clubs that participated.  Since the first year, we have invited 3944 kids and invested over $713,000 in those twenty events.

Our quarterly Wetzel Awards were chaired by members Glenn Meier and Jackie Thornhill and continued to recognize and honor worthy airmen every three months.  The Wetzel family continues to attend and Glenn and Jackie both do a beautiful job of honoring Scottie Wetzel and explaining the history of the Wetzel awards.

Sole Power, chaired by Kathy Dalvey and Rob Pistone, provided 45 pairs of shoes and socks to kids from Bracken, Beckley and Long schools.   Our speakers continued to be impressed by the knowledge that we express our appreciation in such a positive way.

Highway Clean up continued on a quarterly basis, chaired by Sarah Brown.  Our stretch of highway has never looked better and those Saturday mornings provide great opportunities for fellowship while we try to fill our bags.

We had several opportunities to recognize young leaders in our community this year.  TLC and RYLA were both expanded to serve a record number of participants.   Our club sponsored 13 eighth graders, led by Chair David Lester.   We sponsored 20 kids for RYLA since all of our alternates were placed and brought along several Rotarians as facilitators.   Thanks to Kirk Alexander who served as transportation chair and a lab leader while continuing to spread the good word about RYLA.  We welcomed over 50 Valedictorians and their school administrators to our Valedictorian luncheon this year.   Past Presidents Kathy Dalvey and Caty Crockett chaired the event and everything ran beautifully.  UNLV Acting Prevost Nancy Rapoport was our speaker and really connected with the audience.

Kirk Alexander and Larry Tomsic reinvigorated our volunteer interest in Corazon’s Superbuild, and our club supported it financially with a $5000 donation.

Internationally, in July we welcomed another Open World Delegation from Mongolia.  Led by chairs Past President Karen Whisenhunt and Melanie Muldowney, they visited for almost a week and experienced our judicial system up close.  Tom & Jayne Krob hosted another wonderful evening for everyone at their home.   In February we again hosted a team of German boys to the Mayor’s Cup Soccer Tournament.   We sponsored an outgoing Youth Exchange student and prepared to welcome an incoming student in 2016.   We contributed $3000 to the One Drop Rotary program to support clean water projects throughout the world.

We combined a wonderful Fellowship event with some fundraising twice last year through our 12th Cigar Fellowship at the Krob home in March, and a beautiful and informative evening of “Wine to Water” at the Donald home in February.   Thanks to Jim Hunt and Tom Krob for the Cigar Fellowship, which somehow ended with President Mary Ann in handcuffs until they raised enough money to free her.   Arleen Sirois chaired the Wine to Water event and helped the crowd learn more about wine and appreciate the value of water through the thoughtful presentations that night.    Fundraising continued with our Super Bowl board in February and our first annual Car & Bike Show in mid-May at Celebrity Cars.   Chaired by PE David Thorson, Ty Salazar and Ryan Hamilton it was an exciting first step toward an event we hope to become known for in coming years.

Rotarians love their Fellowship and we had some outstanding events to share.   In July we had our first outing to the Super Summer Theater production of Bye Bye Birdie (chaired by Kathy Dalvey), we tailgated at a UNLV Football game in November (chaired by Bob Patten with special thanks to Russ Swain and Ty Salazar), we had a lovely Holiday Party in December orchestrated by Janice Lencke, Deb Granda, Carolyn Sparks and Jaime Goldsmith at Treasure Island.

Presidents Mike Mendoza, Jaime Goldsmith and Sarah Brown led the 25 Club.   Despite smaller numbers of new members during a portion of the year, the 25 Club held two Alpine Picnics in July and again in June, they led a very successful Canned Food Drive, hosted a Rotarians At Work Day at the Salvation Army and they were very creative with social events.   They held socials at the Peppermill, P.S. 702, Whilst in Green Valley, dinner at Chow and an event at Sarah & Don Brown’s home.

We introduced “Craft Talks” during this term to recognize that Rotarians’ careers are an important part of who they are, and demonstrated that there is always so much more to learn about them.   We hosted about one a month during the year.

In February we released the newly updated video “ Rotary – What We Do” thanks to the beautiful filming of new member Jim Wise and the professional editing done by Joe Campanale.   Available on You Tube, on our website and from our Facebook page, it gives unlimited numbers of people an opportunity to learn about Rotary and understand the breadth of what we do in our club.

This was our first year of actively working with Spread the Word Nevada.   We had about 25 Rotarians trained to be mentors for the weekly “Books & Buddies” program at Will Beckley School.   Our Rotarians turned out in droves to help with Breakfast with Books each month, and we held two book drives as well as an evening of book cleaning held at STWN.  We committed to a second year of support for STWN and Will Beckley School for the 2016-2017schoold year.  Each month one of our mentors shared their experience with the Club during our Mentor Minutes segment on the day that Beckley visited our club.   We had many Rotarians participate in Nevada reading week at one or more of the three elementary schools we work with.

Beckley nominated the Las Vegas Rotary Club, and we subsequently won The Kenny C. Guinn Blue Ribbon Award as part of the School-Community Partnership Program.   Marie Walsh and Ginger Anderson accepted the award on behalf of our club.

In February we honored our Past Presidents with a walk down memory lane during our Presidents Day celebration.   We also had a guest who won the raffle (over $4000) but found that she was so moved by our video that she donated her winnings back to the Foundation so that we can continue our good works.

The Las Vegas Rotary Foundation was led by Steve Casey and welcomed new board members Bob Fisher and Randy Campanale.  They oversaw an update to our Foundation by-laws and revised the spending policy.   Director Chris Rodenfels distributed a number of new Paul Harris fellowships.   We welcomed two new Major Donors in our club, Chris Rodenfels and Bob Werner.  In December, we announced our newest Club President Elect-Elect, Dr. Michael Gordon.

Membership, led by Directors Janice Lencke and Deb Granda, was a proud focus for us during this Rotary year.   We held two “Bring A Friend to Rotary” drives and we inducted some incredible new members.   Our Orientations and Inductions were personal and fun events that were attended by new members, their families, their sponsors and several Rotarians who just wanted to welcome and support the new members at our club.   We held two club assemblies – one in early October to lay out our goals for the year and one in June to reflect on all that our club accomplished during the year.   It was very impressive and my thanks go out to all of the members of the Club and Foundation boards for their hard work throughout the year.

Past President Steve Linder chaired the Debunking Party, which was again held at Celebrity Cars.   Thanks to all of his committee for the wonderful evening and the hilarious skit “…near Niagara Falls”.    Three buckets of water left President Mary Ann pretty wet, but all had a wonderful time.   President Mary Ann announced new awards called “I’ll Be There For You” and they went to three Rotary members who demonstrated over and over that their service knew no limits:  John Ingeme, Jaime Goldsmith and Sarah Brown (all past 25 Club Presidents coincidently).    Finally, our Rotary of the Year award went to Marie Walsh for her countless hours of service to our club and her dedication to strengthening our partnership with Will Beckley School.