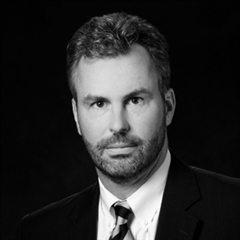 The Las Vegas Rotary Club (“Club”) had a fantastic year in 2018-2019. The Club won the Governor’s Bell for best large club in District 5300 and qualified for a Presidential Citation (gold distinction). Jim Kohl served as the 96th President of the Club. The Rotary International theme was “Be the Inspiration.” The Club inspired Las Vegas by continuing to act upon its mission statement “Teaching Youth to Succeed through Literacy, Education and Life Skills Development.” The Club continued its partnerships with Spread the Word Nevada, Inc. (“STWN”), the Will Beckley Elementary School (“Beckley”), the Walter Bracken STEAM Academy (“Bracken”), and the Howard Hollingsworth STEAM Academy (“Hollingsworth”) all of which were in line with the Club’s mission statement. Together with STWN, 110 members of the Club, provided 1,202 children and 666 Adults with books to read. Marie Walsh coordinated the Breakfast with Books program with STWN to distribute the books to students and their parents. Past President Tom and Leslie Thomas’ continued philanthropy directly supported the partnership with STWN and Breakfast with Books. Toni Kern coordinated the Books with Buddies mentoring program with STWN in which Rotarians read with the students each week. Additionally, President Jim Kohl introduced a new service project to the Club, the Drop your Drawers clothing drive for the benefit of Project 150 which supports homeless and underprivileged high school students. President-Elect Jacqueline Thornhill lead our community grants committee, distributing $47,500 among worthy organizations and the Beckley, Bracken and Hollingsworth schools. Jimmelle Siroit was named Rotarian of the Year.

In Membership, Directors Rosalee Hedrick and Janet Linder welcomed 20 new members to the club over the course of the year. Director Kirk Holmes oversaw our Public Relations committees refreshed our website and continued to livestream our meetings on Facebook. Director Erik Astromecki oversaw our
fundraising activities which included wine to water and our cigar fellowship. Stu Lipoff held Wine-to-Water fundraisers to support Rotary International water
projects. Past Presidents Jim Hunt and Tom Krob hosted cigar socials at which they raised $2,368.30 for the Las Vegas Rotary Foundation.

Director Melonie Muldowny oversaw our international service projects which included sending Michael Cudiamat on a medical mission to the
Philippines. Director Kirk Alexander, coordinated with Corazan to provided funds and volunteers to build homes near Tecate, Mexico. We welcomed Pierre
Barbe, our Youth Exchange Student from France. Kimberly Brodeur made him a part of her family and he enjoyed his time in America.

Jaime Goldsmith served as Director over Administration and Fellowship. Our annual tailgate party was organized by Past President Russ Swain and Anil
Melnick. The 25 Club held its annual Halloween party using the proceeds to purchase cans of food for the annual Canned Food Drive. The Holiday Party was
co-chaired by Deb Granda and Janice Lenke.

The Club continued with its long-standing project Highway Cleanup, picking up trash near Bonnie Springs Ranch on Nevada Route 159 with David Squire
running the project and Jerry Sennes hosting brunch afterwards at his house. Michael Williams led the Club’s service project which staffed Opportunity
Village’s Magical Forrest for one evening. Bob Werner continued to be greeter for international visiting Rotarians, and he hosted our annual alpine picnic at his
cabin in Kyle Canyon.

(For a complete listing of all the various accomplishments this year, recipients of the Four Way Test Coins and other annual report information, please view the
archived version of the June 29, 2017 Wheel.