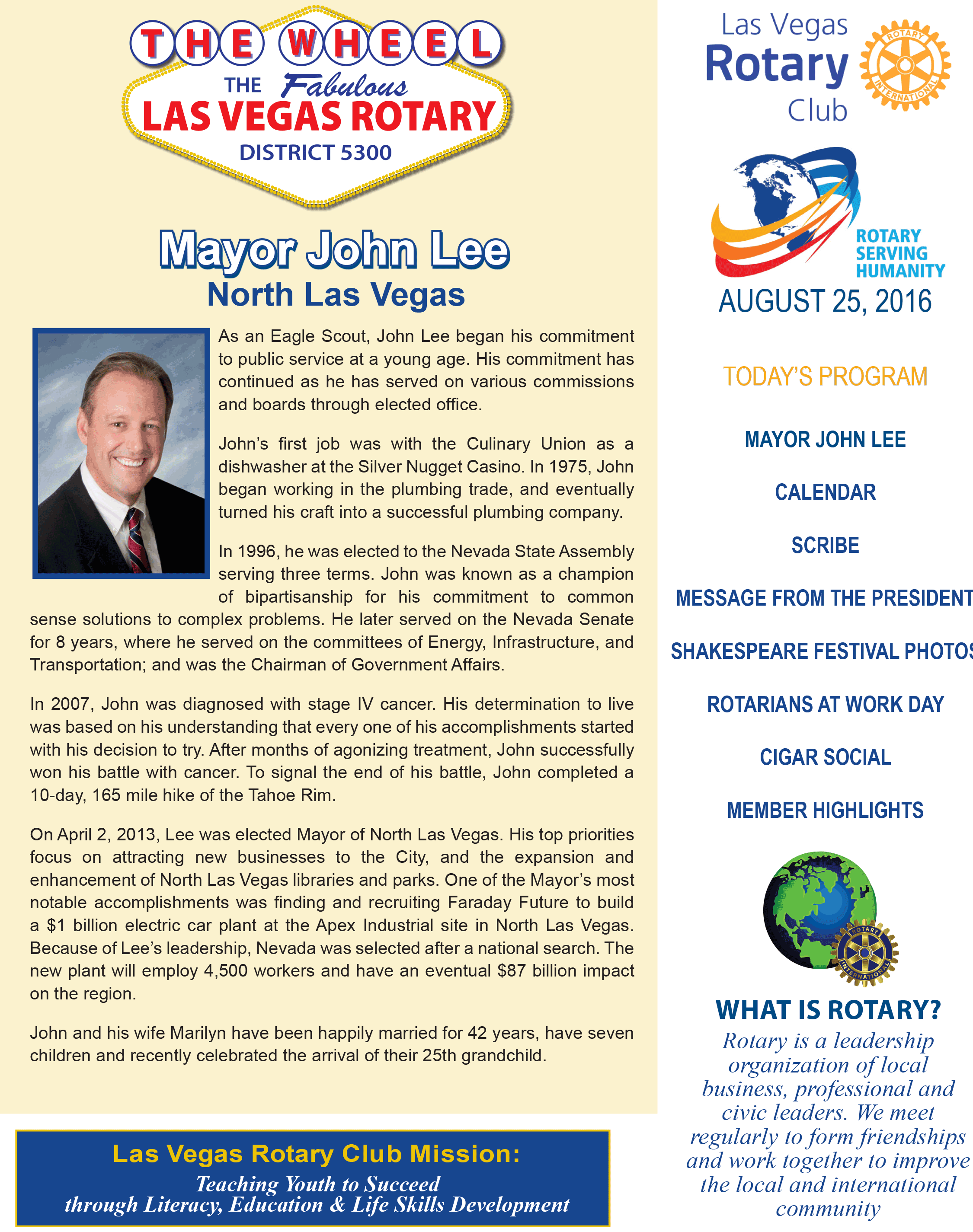 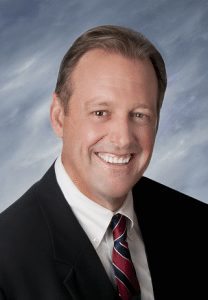 As an Eagle Scout, John Lee began his commitment to public service at a young age. His commitment has continued as he has served on various commissions and boards through elected office.

John’s first job was with the Culinary Union as a dishwasher at the Silver Nugget Casino. In 1975, John began working in the plumbing trade, and eventually turned his craft into a successful plumbing company.

In 1996, he was elected to the Nevada State Assembly serving three terms. John was known as a champion of bipartisanship for his commitment to common sense solutions to complex problems. He later served on the Nevada Senate for 8 years, where he served on the committees of Energy, Infrastructure, and Transportation; and was the Chairman of Government Affairs.

In 2007, John was diagnosed with stage IV cancer. His determination to live was based on his understanding that every one of his accomplishments started with his decision to try. After months of agonizing treatment, John successfully won his battle with cancer. To signal the end of his battle, John completed a 10-day, 165 mile hike of the Tahoe Rim.

On April 2, 2013, Lee was elected Mayor of North Las Vegas. His top priorities focus on attracting new businesses to the City, and the expansion and enhancement of North Las Vegas libraries and parks. One of the Mayor’s most notable accomplishments was finding and recruiting Faraday Future to build a $1 billion electric car plant at the Apex Industrial site in North Las Vegas. Because of Lee’s leadership, Nevada was selected after a national search. The new plant will employ 4,500 workers and have an eventual $87 billion impact on the region.

John and his wife Marilyn have been happily married for 42 years, have seven children and recently celebrated the arrival of their 25th grandchild. 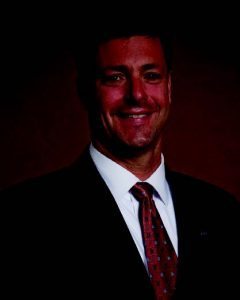 I want to begin today’s message with a very special thanks to Nancy Slitz for arranging a wonderful weekend at the Shakespeare Festival in Cedar City, Utah! This was a great social outing for the members who attended and I highly
recommend attending next time we arrange one of these events.

One of the productions I saw was Mary Poppins which, aside from being exceptionally well done, included a number of powerful messages regarding life in general. One exchange between Mr. Banks (a banker) and his daughter Jane during
her visit to the bank jumped out at me as being profound and relevant to Rotary, not to mention an epiphany to Mr. Banks!

Jane was questioning her father, in a direct manner as only a child can do, on how he determined who would qualify for a loan and who would be denied and it went something like this: Jane: Do you look for good ideas or good people?
Mr. Banks: Well, a good idea is important and can lead to great financial returns, but… I suppose a good
man is much rarer so that is where one should place their faith.

As we all know, Rotary in general, and our club in particular is full of good men and women. The power of people like us focusing our efforts on solving problems in the community continues to deliver amazing results! As we wind up the official Membership Month, let’s keep seeking those “good people” who we can invite to become members of our fabulous club! 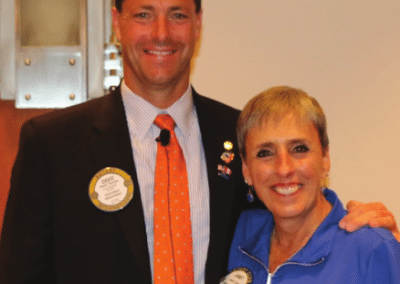 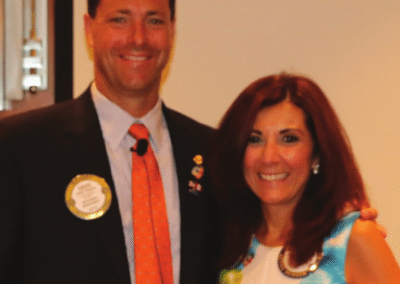 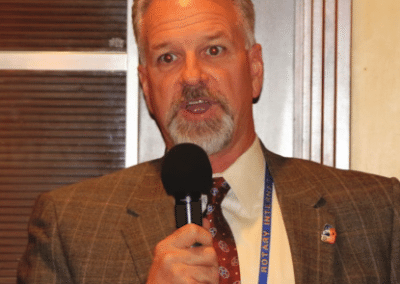 Alexander brought us up to date on the Corazon Super Build. 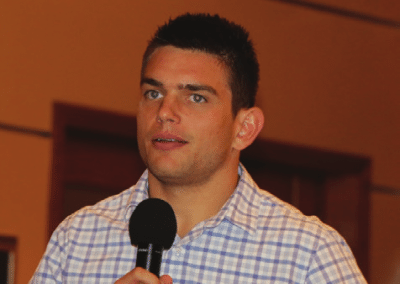 Astramecki announced his next UFC fight. All funds raised will go to our annual canned food drive. 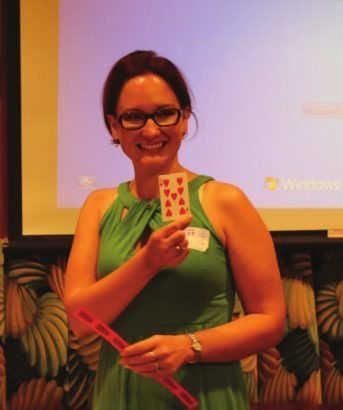 Tiffany won the right to pick a joker but missed. 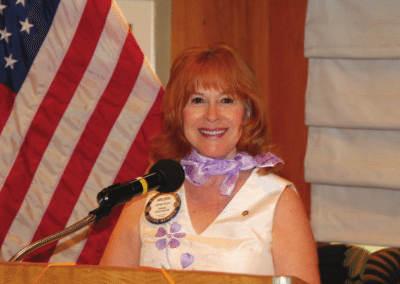 Arleen Sirois leads us in prayer with her invocation. 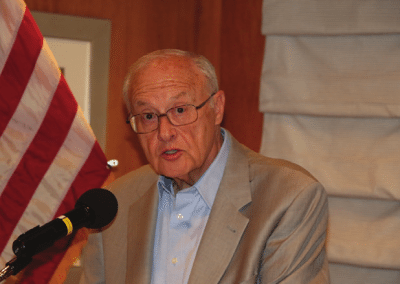 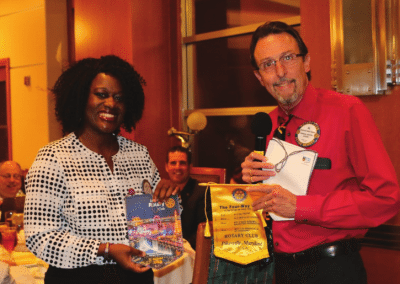 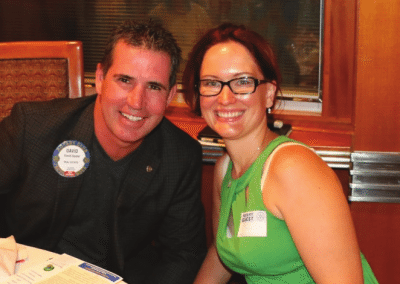 David Squire introduced his fiancé Tiffany to the club. 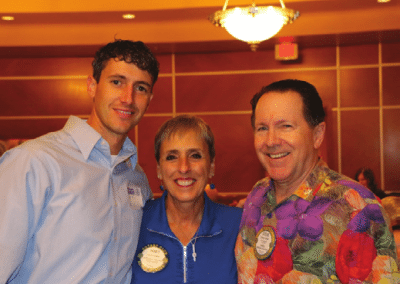 Past President Steve Linder and Janet introduce their son Mathew. 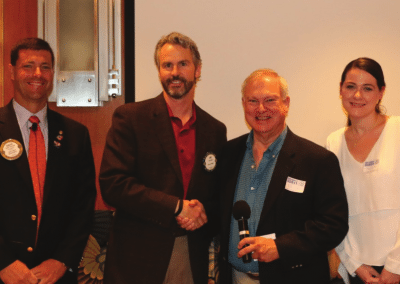 Jim Kohl from Howard and Howard presented a check to the director of Opera Las Vegas. 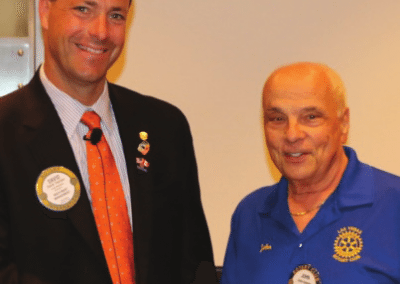 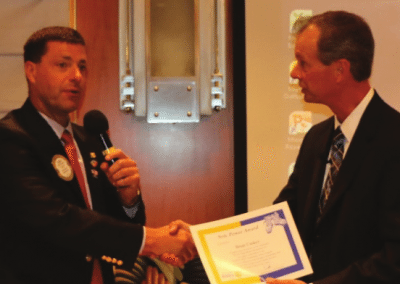 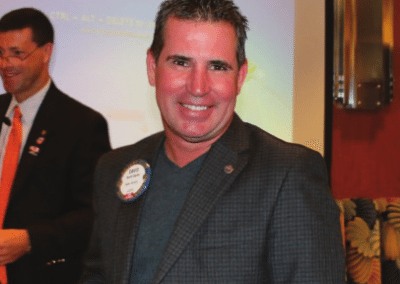 David Squire followed up by winning the Lawry Bucks.

•President David Thorson called the meeting to order.
• Arleen Sirois gave the invocation. Bob Fisher led the club in singing God Bless America.
The Pledge of Allegiance was recited and the Sergeant-at-Arms was Al Wagner.
• There were no International Rotarians, (3) visiting Rotarians and (8) Guests of Rotarians
were introduced.
• The drawing began at $1,786.00 plus this week’s donations. The winner gets half the pot
and half goes to the Las Vegas Rotary Foundation. Ticket Winner: Tiffany Squire who
won $10! Lawry Bucks Winner: David Squire.
• President David Thorson presented Janet Linder, Francesca Gilbert and John
Ingeme with Paul Harris Fellow “+” Pins.
• Jim Kohl presented the Opera Las Vegas with a $2,000 grant to support their community
work.
• The Craft talk was done by a visiting Rotarian and club President Tausi Suedi. She
discussed the Pikesville (MD) Rotary Club’s efforts to ship medical supplies overseas in an
effort to assist children in need.
• President David Thorson announced the Red Rock Rotary Head Shot event in October.
• Rosalee Hedrick reminded us of the New Member Orientation event scheduled for 8/24.
• Eric Astramecki announced his next UFC fight on October 15, 2016 at the North Side
Cannery. He is selling advertising on his shorts. All funds raised will be donated to the
Rotary Canned Food Drive.
• Past President Russ Swain announced the next UNLV tailgate party on October 22,
2016.
• Kirk Alexander reminded us about the Corzon Superbuild on October 15.
• Arlene Sirois announced the next Wine to Water event will be October 7th.
• Past President Jim Hunt discussed the upcoming Cigar Social on September 9, 2016
at Past President Russ Swain’s house. The event is a $10 donation and raffle prizes are
needed.
• Jaime Goldsmith reminded us of the SOAR awards ceremony on September 12.
• Janice Lenke discussed the “Name the Car Show” contest. Submit your entries to
Shawn Norda or Michael Gordon.
• President David Thorson announced the next Wetzel Awards will be September 29 at
Nellis.
• President David Thorson reminded us of the Shakespeare Festival trip this weekend.
• Past President Mary Ann Avnet announced a service opportunity at our elementary
schools on September 30.
• Larry Tomsic announced the guest speaker; Brian Caskey who discussed the real threat
of hackers. He discussed data security and Identity theft and how to avoid being a target
by changing passwords frequently, downloading all updates to software and being discrete
on social media.
• President David Thorson presented the speaker with the “Soul Power Award” and
adjourned the meeting 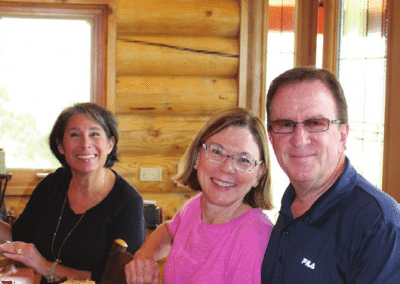 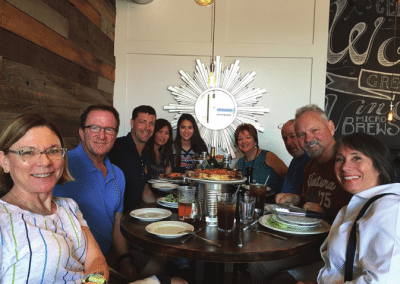 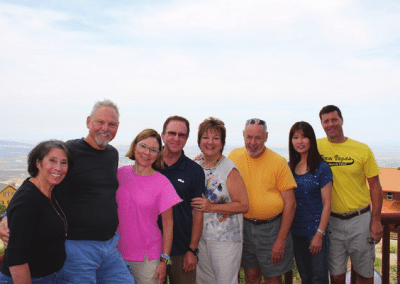 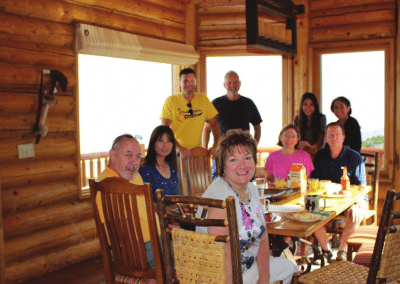