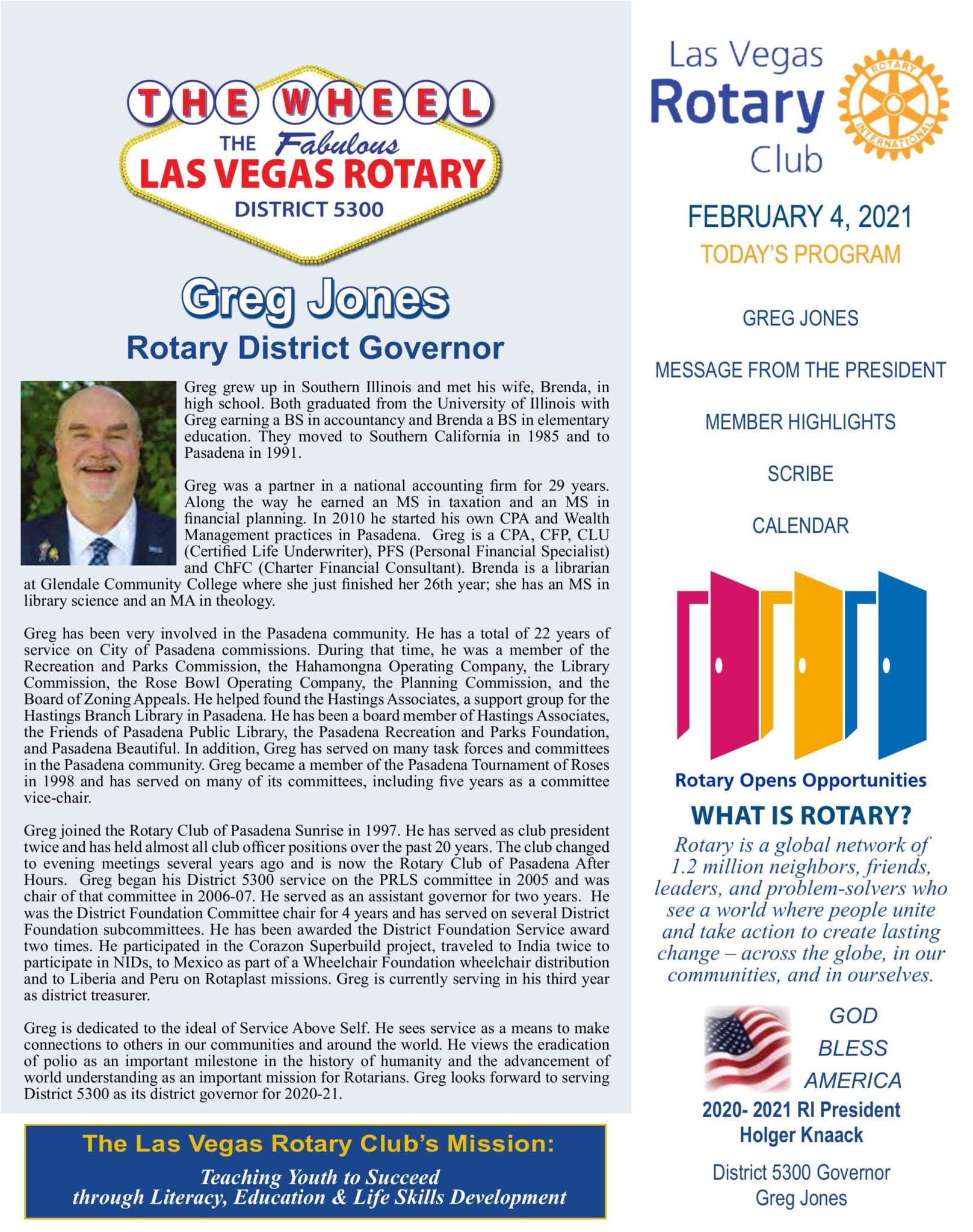 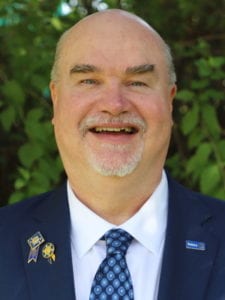 Greg grew up in Southern Illinois and met his wife, Brenda, in high school. Both graduated from the University of Illinois with Greg earning a BS in accountancy and Brenda a BS in elementary education. They moved to Southern California in 1985 and to Pasadena in 1991.

Greg was a partner in a national accounting firm for 29 years. Along the way he earned an MS in taxation and an MS in financial planning. In 2010 he started his own CPA and Wealth Management practices in Pasadena. Greg is a CPA, CFP, CLU (Certified Life Underwriter), PFS (Personal Financial Specialist) and ChFC (Charter Financial Consultant). Brenda is a librarian at Glendale Community College where she just finished her 26th year; she has an MS in library science and an MA in theology.

Greg has been very involved in the Pasadena community. He has a total of 22 years of service on City of Pasadena commissions. During that time he was a member of the Recreation and Parks Commission, the Hahamongna Operating Company, the Library Commission, the Rose Bowl Operating Company, the Planning Commission, and the Board of Zoning Appeals. He helped found the Hastings Associates, a support group for the Hastings Branch Library in Pasadena. He has been a board member of Hastings Associates, the Friends of Pasadena Public Library, the Pasadena Recreation and Parks Foundation, and Pasadena Beautiful. In addition, Greg has served on many task forces and committees in the Pasadena community. Greg became a member of the Pasadena Tournament of Roses in 1998 and has served on many of its committees, including five years as a committee vice-chair.

Greg joined the Rotary Club of Pasadena Sunrise in 1997. He has served as club president twice and has held almost all club officer positions over the past 20 years. The club changed to evening meetings several years ago and is now the Rotary Club of Pasadena After Hours. Greg began his District 5300 service on the PRLS committee in 2005 and was chair of that committee in 2006-07. He served as an assistant governor for two years. He was the District Foundation Committee chair for 4 years and has served on several District Foundation subcommittees. He has been awarded the District Foundation Service award two times. He participated in the Corazon Superbuild project, traveled to India twice to participate in NIDs, to Mexico as part of a Wheelchair Foundation wheelchair distribution and to Liberia and Peru on Rotaplast missions. Greg and Brenda are Foundation Major donors and Legacy Society members. Greg also served as District Treasurer for 3 years.

Greg is dedicated to the ideal of Service Above Self. He sees service as a means to make connections to others in our communities and around the world. He views the eradication of polio as an important milestone in the history of humanity and the advancement of world understanding as an important mission for Rotarians. Greg looks forward to serving District 5300 as its district governor for 2020-21.

As our efforts to deal with the COVID virus drag on seemingly forever, we can complain about all the travel and adventures that we are missing, or we can instead focus on the opportunities to go native that are uniquely available to Rotarians. Taking a photo in front of or inside a world-famous landmark while on a packaged vacation tour may check a box on our bucket list, but rarely leaves us with a feeling that we know very much about how the people who reside there live their lives.

Anyone who has had the experience of living in a distant land for a year or longer no doubt has distinct memories of how, while people there have different customs and different languages, when you go native you realize that their lives and ambitions are not very different than ours. One of the amazing benefits of belonging to Rotary is that we can go native with Rotarians around the globe even when a virus or other obstacle interrupts international travel. Do not worry about renewing your passport, just spend a few minutes with one of our club members who has already experienced the opportunities that Rotary offers to get to know people in other countries and go native.

• President Richard Jost called the meeting to order.
• Past President Jim Hunt gave the invocation.
• Lady Gaga led the club in singing the Star Spangled Banner our
National Anthem, followed by President Richard Jost leading the
Pledge of Allegiance.
• The Sergeant at Arms was Mike Mewborn.
• President Richard Jost acknowledged the members helping with
meeting roles: Tina Bishop, Kathy Mahon, Lisa Motley, Aris Lazarou,
Jim Hunt, Austin Wyrick, Mike Mewborn, and Susan Ziobro
• Austin Wyrick introduced his Mother, Elissa Wyrick, and an additional
guest, Robert Stargel, and two additional prospective members, Aaron
Oborn and Gia Annichiarico, were introduced by Toni Kern and
Rosalee Hedrick.
• The drawing began at $2,497 plus this week’s donations. The Ticket
Winner was Greg MaGuire who received a prize of $10 and the Lawry
Bucks Winner was Jamie Goldsmith.
Announcements:
• John Williams provided a report on wheelchair deliveries and asked
for volunteers to provide storage space or a container for three hundred
wheelchairs expected to arrive soon. Toni Kern announced seven new
members with hopes for a total of ten new members, with three pending
circulation. Jerry Engle and Past President Karen Whisenhunt
provided a report on a marvelous virtual tour of Jerusalem sponsored by
Rotary International. Past President Brock Fraser announced squares
are available for $50 on the Super Bowl Board. Cure for the Kids happily
reported the installation of medical equipment because of the generosity
of our members’ contributions of $1,250.00.
• President Richard Jost introduced our program speaker, Tyre Gray,
President of the Nevada Mining Association. Mr. Gray expanded on
metrics, taxes, workforce development, remediation, stewardship, and
public outreach. He recommended we take a virtual tour at the association
website – https://mineralseducationcoalition.org/education-database/
nevada-mining-association-virtual-tour/
• President Richard Jost presented our speaker with a “Share What You
Can” award to benefi t a veteran in need and then adjourned the meeting.