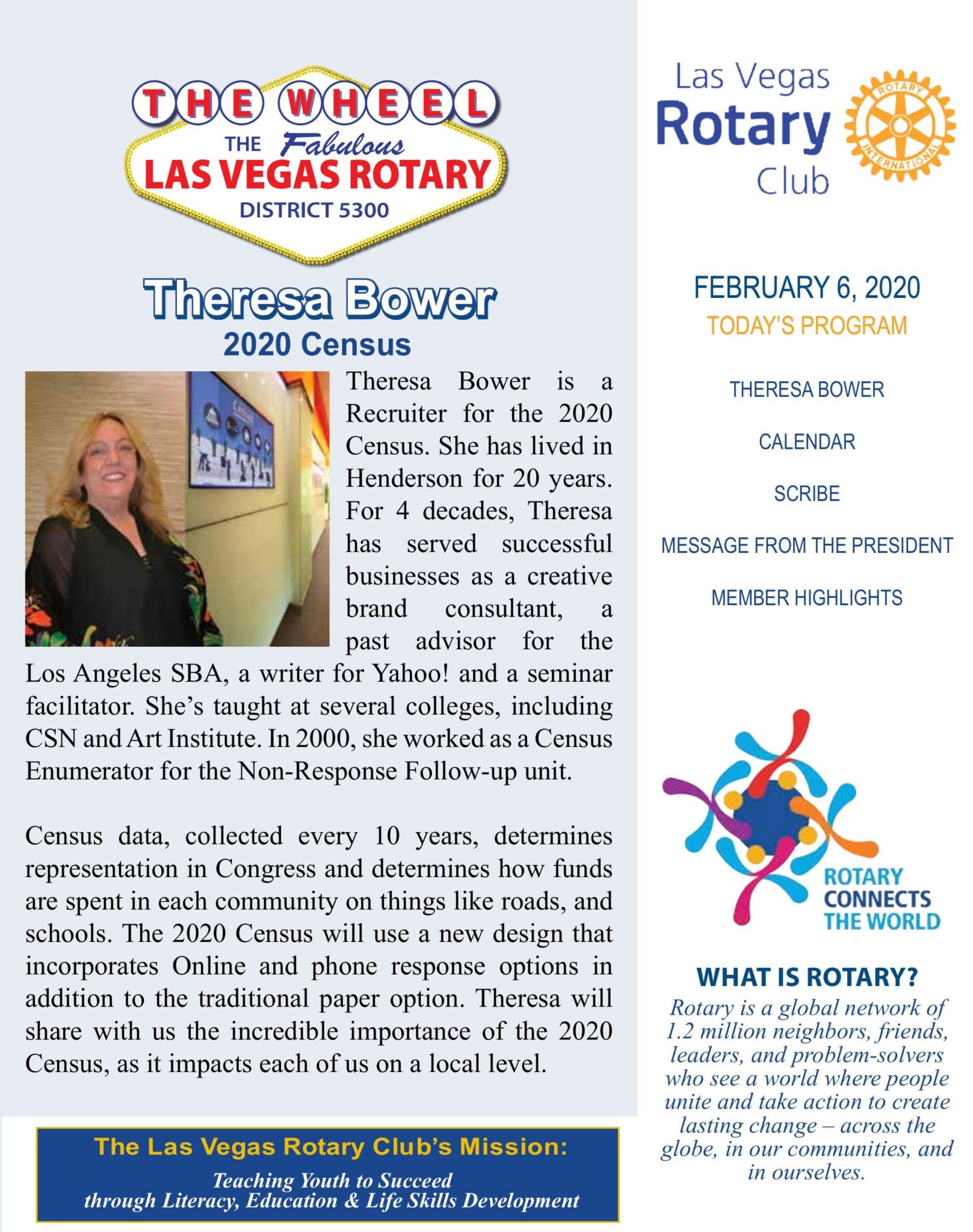 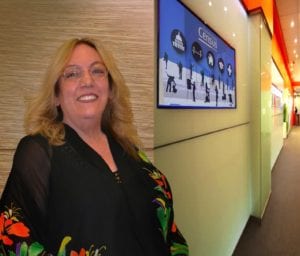 Theresa Bower is a Recruiter for the 2020 Census. She has lived in Henderson for 20 years. For 4 decades, Theresa has served successful businesses as a creative brand consultant, a past advisor for the Los Angeles SBA, a writer for Yahoo! and a seminar facilitator. She’s taught at several colleges, including CSN and Art Institute. In 2000, she worked as a Census Enumerator for the Non-Response Follow-up unit.

Census data, collected every 10 years, determines representation in Congress and determines how funds are spent in each community on things like roads, and schools. The 2020 Census will use a new design that incorporates Online and phone response options in addition to the traditional paper option. Theresa will share with us the incredible importance of the 2020 Census, as it impacts each of us on a local level.

The year is 2020 and you know what that means? The Federal Government must meet its Constitutional requirement to count “We the People.” 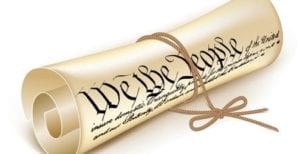 “Census day was set at the first Monday in August 1790. Failure to cooperate with a marshal or assistant was punishable by a $20 fine. Today, the controlling law for the U.S. Census is Title 13 of the U.S. Code. The law requires that the census be conducted on or about April 1, 1980, and every ten years after that. The returns must be made available within nine months in order to apportion members of the House of Representatives to each of the states.”

Ever since it seems that our representatives in Washington DC are counting on redistricting and additions of congressional districts that may affect the balance of power. This will potentially give some states more of a representative presence in Washington than others. It would appear that little has changed over the centuries. Politicians were, in the beginning, arguing and they still are! Over the centuries and decades some of the issues argued were, for example, asking about professions in 1790. A New Hampshire representative said his constituents had several professions depending on the season and that question would be confusing. Some representatives were concerned about the questions asked. Others felt more questions should be asked to get a better picture of the citizenry.

So, every 10 years we are put through the paperwork again! When will the Census Bureau get in the 21st Century and let us answer online? Perhaps today’s speaker will answer this question and many more.

Today, all persons are counted as whole persons — the original census counted “other persons” (slaves) as three-fifths persons for the purposes of apportionment. This fractionalization was removed by the 14th Amendment. The US Attorney General ruled in 1940 that there were no longer any Indians in the United States who could be classified as “not taxed.” In the Constitution, non-taxed Indians are not counted.

So, as the population of the United States has changed over its 231 years, the census has had to change to meet its demands. As we enter into this census this year, politics has intervened once again as the question of citizenship is debated.

We will learn today what the 2020 census is all about. What questions are in or out. How to become involved as Census takers. When will we be receiving our census questionnaires? Will Census takers be coming to our homes? What about the segment of the population that will refuse to participate? In 1790, the “not cooperating” fine was $20, a huge amount of money at the time.

The final report of this year’s census will be very important to millions of people. We the people will be waiting to see how it will affect our lives and our country over the next decade. 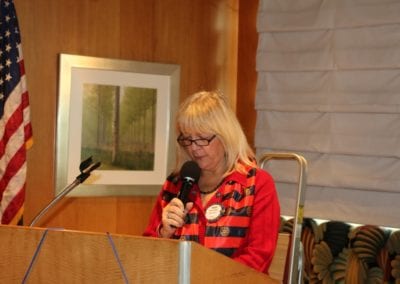 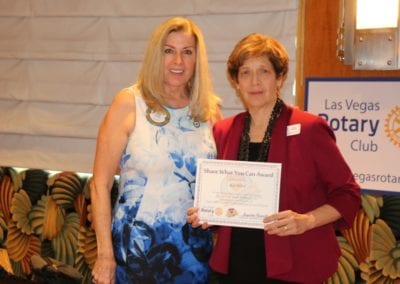 President Jackie presented our speaker Kat Miller of Nevada Department of Veteran Services with our “Share What You Can Award”. 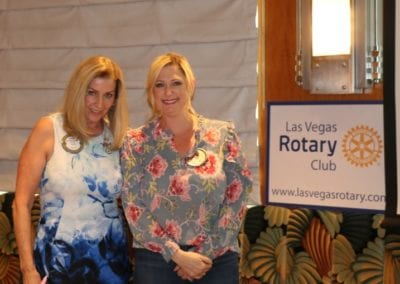 President Jackie named Carey Grohs as Rotarian of the Month. 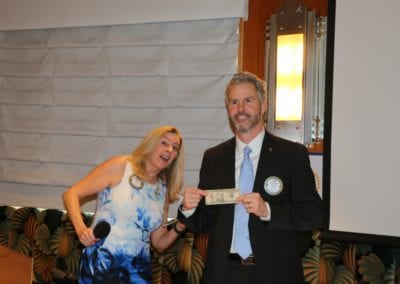 PP Jim Kohl missed the Joker but doubled his money. 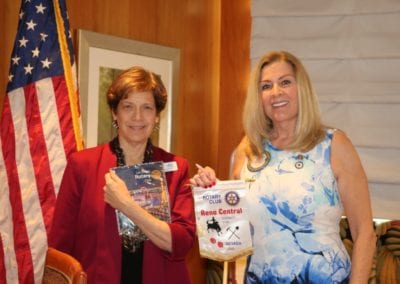 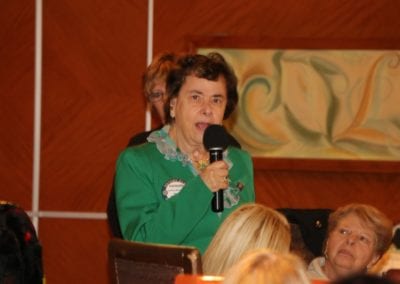 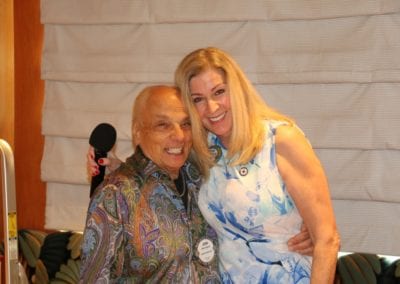 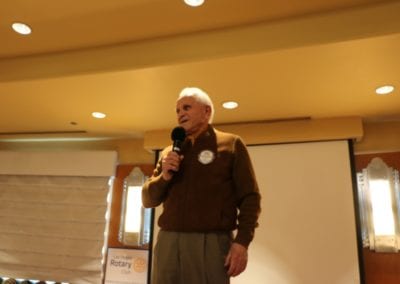 Jerry Engle on a ladder split the room in singing “God Bless America and America the Beautiful”. 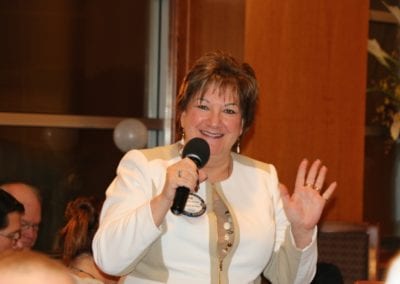 Deb Granda announced the need for members to participate in our Blood Drive. 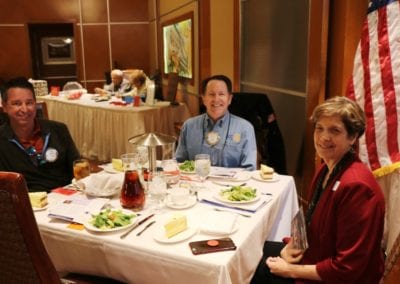 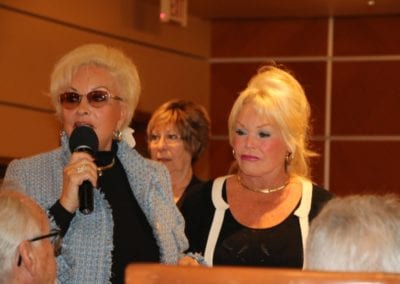 Annie Nounna was joined for lunch by her best friend.

President Jackie Thornhill presented our speaker with a “Share What You Can” award to benefit the local USO and then adjourned the meeting.