Listen to David Thorson – The USO – The Force Behind the Forces 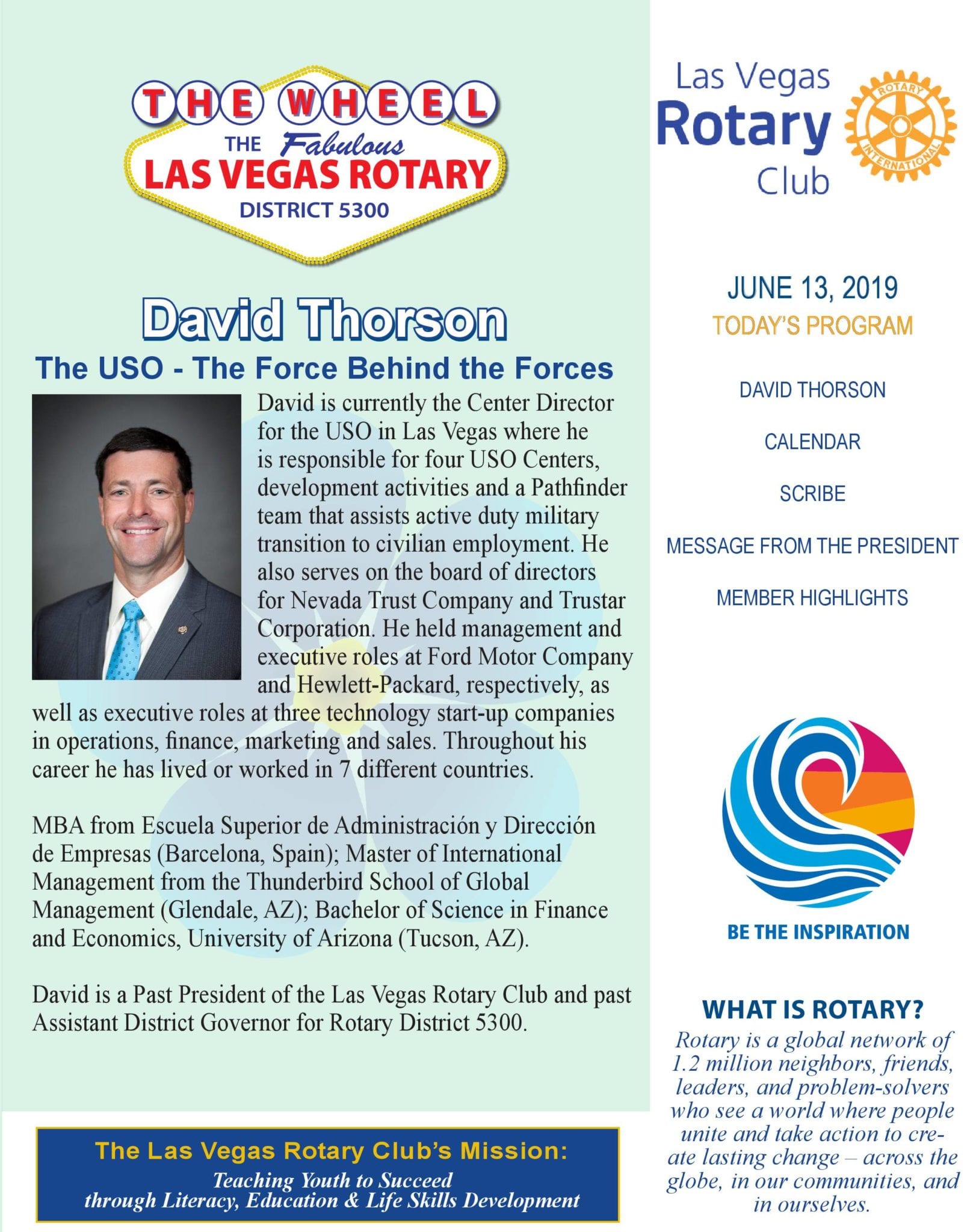 David Thorson – The USO – The Force Behind the Forces 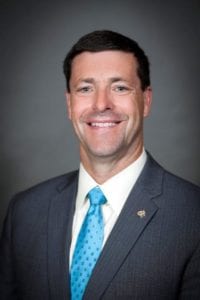 David is currently the Center Director for the USO in Las Vegas where he is responsible for four USO Centers, development activities and a Pathfinder team that assists active duty military transition to civilian employment. He also serves on the board of directors for Nevada Trust Company and Trustar Corporation. He held management and executive roles at Ford Motor Company and Hewlett-Packard, respectively, as well as executive roles at three technology start-up companies in operations, finance, marketing and sales. Throughout his career he has lived or worked in 7 different countries.

David is a Past President of the Las Vegas Rotary Club and past Assistant District Governor for Rotary District 5300.

Today we welcome Past President Dave Thorson as our speaker. Dave is the Center Director of the USO that is located in McCarran International Airport. USO is short for United Service Organizations, Inc. According to its website, the USO provides support to service members and their families through programs focused on connection, strengthening, wellness and resiliency.

Through the years numerous celebrities have donated their time and risked their safety to entertain our troops while serving on foreign soil. Although it disbanded for a period after World War II, the USO has been in continual operation since the Korean war.As we will learn from PP Dave, the USO’s scope of services has greatly expanded from providing entertainment to our troops. Many thanks to PP Dave for the help and services he and the USO provides to our troops. 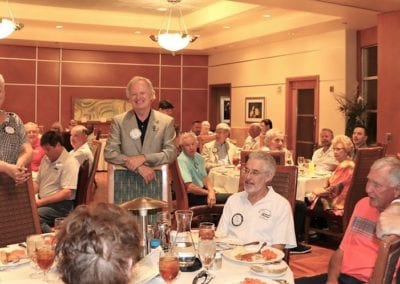 The real Birthday Members were Janice Lencke, Tom Krob and Howie Hopkinson. The rest were impersonators. 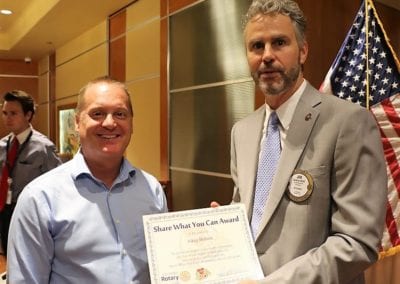 President Jim presented our speaker Greg Britton from AFWERX with our Share What You Can Award. 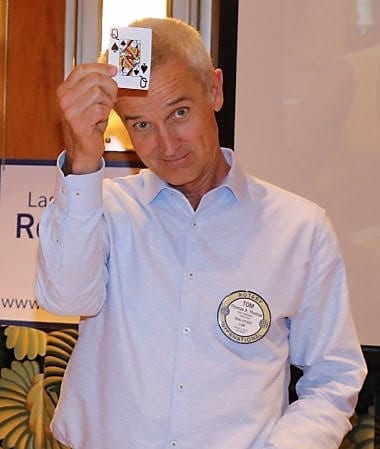 PP Tom Thomas missed his chance at the Joker. 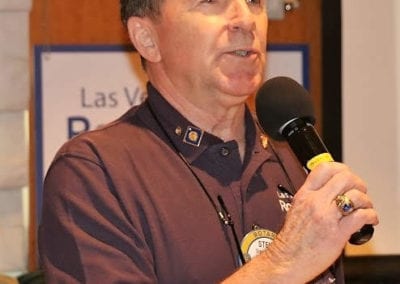 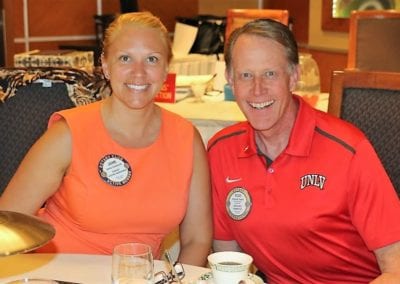 PP Russ Swain was going to bomb my picture of Jaime Goldsmith but decided to do it properly. 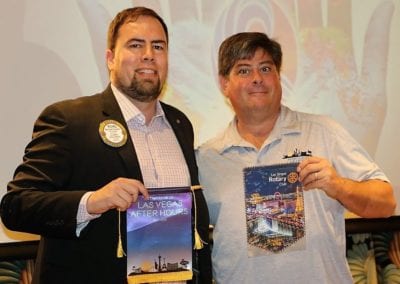 PP Michael Gordon introduce the president elect Bob Beck from the new Rotary After Hours club that we sponsored. 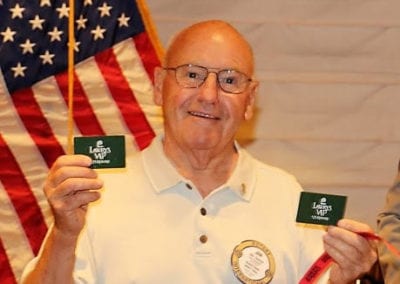 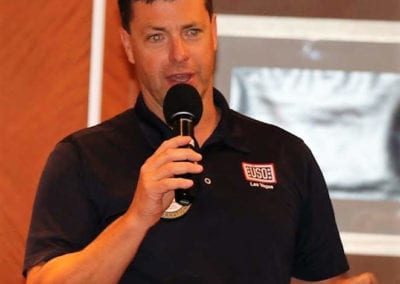 PP Dave Thorson brought us up to date on the next Wetzel Awards. 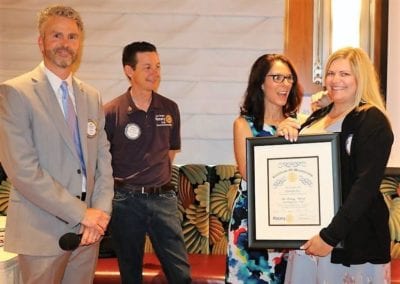 New Member Michelle Roy was welcomed into our club. 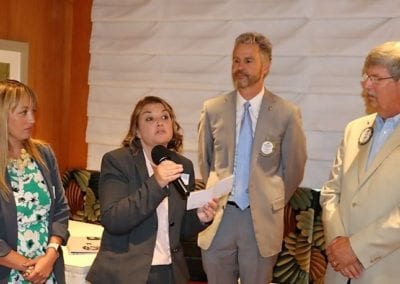 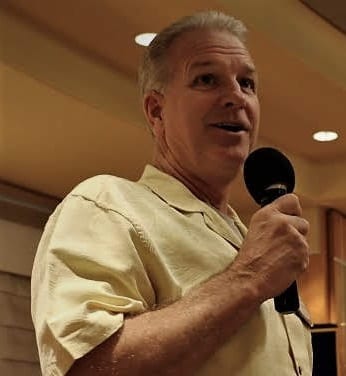 Kirk Alexander gave us an update on upcoming projects. 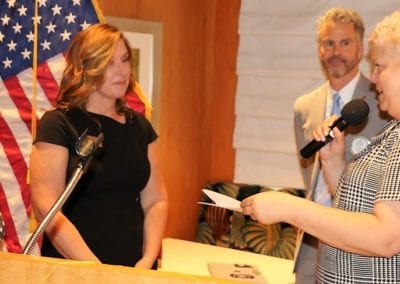 Janice Lencke presented a check for $1,500 to Pam Lang and Lisa Habigorst from Spread The Word Nevada. 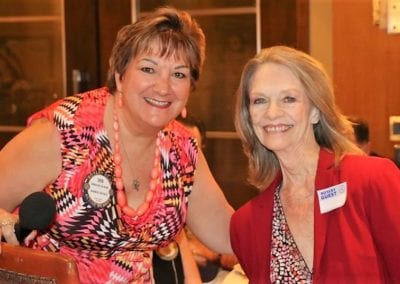 Deb Granda was joined for lunch by her good friend Michelle. 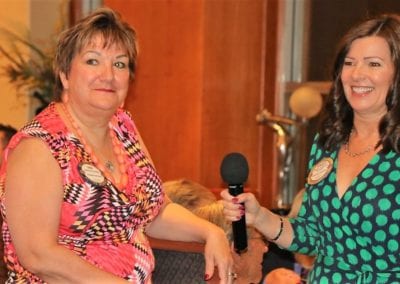 Deb Granda our Sergeant At Arms and PP Ginger Anderson posed for a pic.

At Jim’s Head table were our speaker Greg Britton, Kirk Holmes, and the speakers aide Evan Yeager from AFWERX. 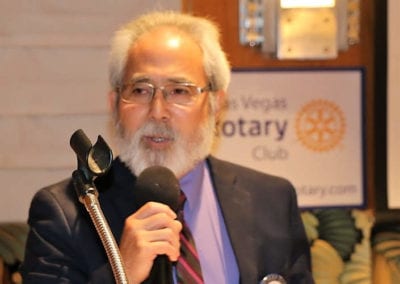