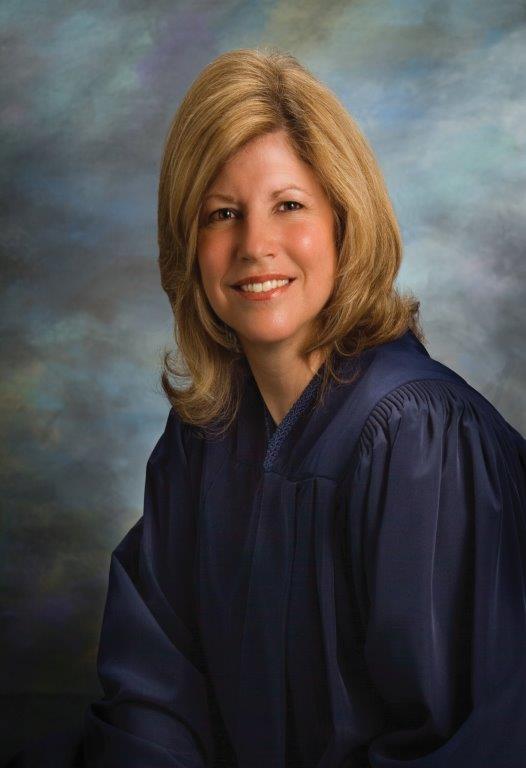 Susan Johnson initially was elected to serve as State District Court Judge, Department 22, on January 2, 2007, and thereafter, overwhelmingly re-elected twice, in 2008 and 2014, with over 82% and 75% of the vote, respectively.  She currently hears civil and construction defect matters. Judge Johnson has been a resident of the greater Las Vegas area since November 1963. She graduated from Ed. W. Clark High School in 1977 and UNLV in 1982, where she acquired her Bachelor of Science in Business Administration with a dual major in public accounting and investment finance.  She thereafter graduated from McGeorge School of Law, University of the Pacific, in 1985, and has been a member of the Nevada and California State Bars since 1985 and 1986, respectively. Judge Johnson is also admitted to practice before the United States District Court, District of Nevada (since 1985), Ninth Circuit Court of Appeals (since 1986), and United States Supreme Court (since 1989).

Before assuming the bench, Judge Johnson, then an attorney of over 21 years, was A-V rated by Martindale-Hubbell, and the President/Sole Shareholder of her own law firm, whose practice included civil litigation, personal injury, security and/or premises claims, domestic or family law, wills and simple estate planning.  Her background also includes insurance and civil rights defense, and having an active trial practice. Judge Johnson also acted as an arbitrator, who has arbitrated at least 600 matters, mediator, Settlement Judge for the Nevada Supreme Court, short-trial judge for the Eighth Judicial District Court, Judge Pro Tempore for Las Vegas Justice Court, as well as Hearing Master in child support cases.  She has taught several CLE courses and spoken at various seminars/conferences during her career, including, but not limited to that dealing with arbitration, constructional defects, rules of civil procedure, professional responsibility, personal injury cases from start to finish and uninsured/underinsured motorist issues.

Judge Johnson is also actively involved in the community.  She is a past president of the Howard D. McKibben Chapter of the American Inns of Court, the Rotary Club of Green Valley and Nevada Rotary Foundation, and currently serves as Foundation Chair for Rotary District 5300, as well as the Rotary Club of Green Valley.  Judge Johnson also currently holds or has held memberships/offices in various other organizations, such as the Daughters of the American Revolution, Junior League of Las Vegas, National Association of Women Business Owners and Henderson Chamber of Commerce to name a few.  She has been married to District Court Judge Eric Johnson for over thirty-two (32) years, and they have two adult daughters, Tess and Emma. When not attending her judicial duties, Judge Johnson can be found running half- and whole marathons with her husband and daughters throughout the country and internationally.

In 1930, the Foundation made its first gift of $500 to the International Society for Crippled Children (“ISCC”).  ISCC was created by Rotarian Edgar F. “Daddy” Allen.  Today we know ISCC as Easter Seals.  In 1947 when Rotary founder Paul Harris died, contributions began pouring in to Rotary International, and the Paul Harris Memorial Fund was created to build the Foundation.  The Every Rotarian Every Year initiative asks all Rotarians to support the Rotary Foundation every year.  The Las Vegas Rotary Club makes the same ask of each of its members.  Historically we are one of the strongest clubs in District 5300 when it comes to supporting the Rotary Foundation.  While we have a good per capita donation rate, we do not have a 100% member support rate.  I am hopeful that in President Elect Jackie Thornhills year, and thereafter we can report to District 5300 and RI that 100% of our club members support the Rotary Foundation.

Due to the generous support of Rotarians like you, Arch Klumph’s idea to create a fund For “doing good in the world” has grown from $26.50 into a global force.  With everybody’s help the Rotary Foundation will continue to grow and do good in the world.

Toni Kern was joined by her husband Jerry for lunch.

Sergeant at Arms Carey Grohs and PP Jim Hunt announced the success of the Cigar Fellowship on St. Patty’s Day.

President Elect Jackie Thornhill announced the success in having case members of Counting Cars attend our fundraiser at Celebrity Cars.

PP Steve Linder led of the meeting with a Navy, Aviation and Marine invocation.

Bill Houghton announced that our club is sponsoring 12 amazing young people to the Rotary Youth Leadership Awards program on 3/29-3/31.

Arleen Sirois did a pause and smile before leading “God Bless America”.

Annee Nounna is back at the club and was joined by her granddaughter for lunch.

President Jim called the meeting to order.  PP Steve Linder gave the invocation. Arleen Sirois led the club in singing God Bless America, followed by the Pledge of Allegiance.  The Sergeant at Arms was Carey Grohs: