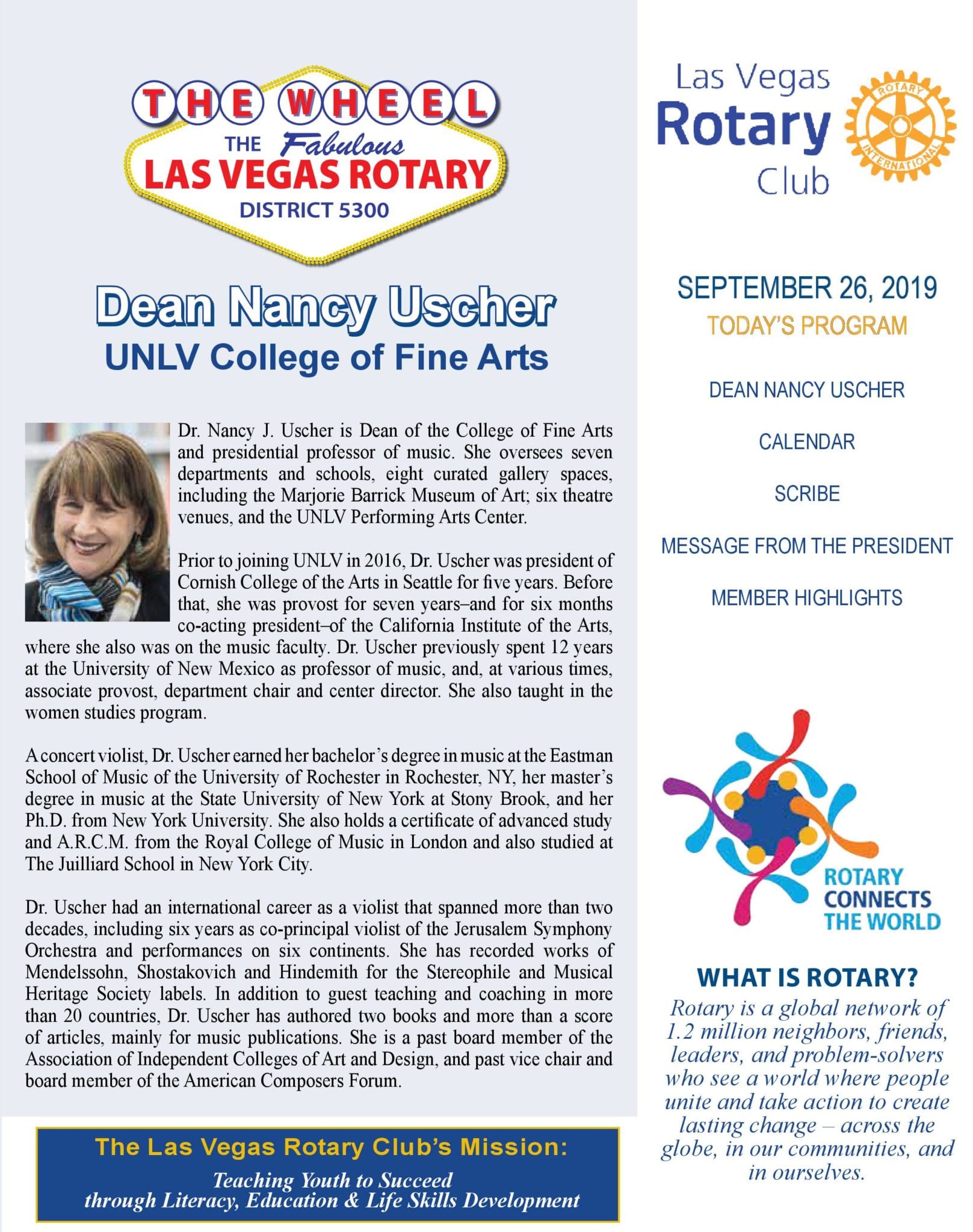 Dr. Nancy J. Uscher is Dean of the College of Fine Arts and presidential professor of music. She oversees seven departments and schools, eight curated gallery spaces, including the Marjorie Barrick Museum of Art; six theatre venues, and the UNLV Performing Arts Center.

Prior to joining UNLV in 2016, Dr. Uscher was president of Cornish College of the Arts in Seattle for five years. Before that, she was provost for seven years–and for six months co-acting president–of the California Institute of the Arts, where she also was on the music faculty. Dr. Uscher previously spent 12 years at the University of New Mexico as professor of music, and, at various times, associate provost, department chair and center director. She also taught in the women studies program.

A concert violist, Dr. Uscher earned her bachelor’s degree in music at the Eastman School of Music of the University of Rochester in Rochester, NY, her master’s degree in music at the State University of New York at Stony Brook, and her Ph.D. from New York University. She also holds a certificate of advanced study and A.R.C.M. from the Royal College of Music in London and also studied at The Juilliard School in New York City.

Dr. Uscher had an international career as a violist that spanned more than two decades, including six years as co-principal violist of the Jerusalem Symphony Orchestra and performances on six continents. She has recorded works of Mendelssohn, Shostakovich, and Hindemith for the Stereophile and Musical Heritage Society labels. In addition to guest teaching and coaching in more than 20 countries, Dr. Uscher has authored two books and more than a score of articles, mainly for music publications. She is a past board member of the Association of Independent Colleges of Art and Design, and past vice chair and board member of the American Composers Forum.

This week’s message is all about our club’s commitment to our active duty military recognition called the Wetzel Awards. I had the honor and privilege of facilitating these awards for 3 years. Now they are in the care of Past President, David Thorson.

The Wetzel Story; Since the spring of 2003, the Las Vegas Rotary Club has been awarding every quarter 3, now 5, deserving airmen at Nellis Air Force Base. Awards winners are nominated by their Unit Commands at both Nellis and Creech Air Force bases and the eventual winners are recognized in a special quarterly ceremony at Nellis. This award is designed to thank airmen who don’t ordinarily receive awards, who are the backbone of the bases, do not seek recognition, and are “unsung heroes.”

This award came about as a result of the involvement of and untimely death of Colonel Scotty Wetzel, a long-time member of the Las Vegas Rotary Club. Colonel Scotty Wetzel has an impressive resume. The very shortened version; After graduation from West Point in 1954, Scott chose the Air Force and started Pilot School at Hondo AFB, Texas. He later became air training officer for the first class of the Air Force Academy. He flew 217 combat missions over Vietnam, receiving several commendations. He later became the Wing Commander at Hahn AFB, Germany. His last assignment was with the Tactical Fighter Weapons Center at Nellis. He retired in 1984 after 30 years of active duty and his family remained in Las Vegas.

During a tour by our Rotary Club of Nellis AFB in February of 2003, Scotty asked General Steve Wood, the Air Warfare Center Commander at the time, what the Las Vegas Rotary Club could do to support Nellis AFB. General Wood asked us to help honor the airmen who do good work at the base.

Several weeks later Scotty had surgery and sadly, passed in the hospital. The Club Board decided to take General Wood’s request seriously. The club decided to award up to 5 airmen per quarter called the Wetzel Awards. In so doing, the Club honors the contribution and memory of Scotty Wetzel and honors deserving airmen at Nellis and Creech AFB at the same time. The award consists of giving each airman a night on the town with dinner at Lawry’s, a gift card to spend, and a local show. Their names are also etched on a special plaque that hangs in the Warfare Center. Mrs. Pat Wetzel, her two daughters Merry and Carol, and her grandchildren are usually in attendance each quarter. The latest winners have lunch with our Rotary Club at Lawry’s on the following Thursday. While there, they also receive a little more recognition and a framed certificate announcing that they are a recipient of a Wetzel Award. It is all about the airmen, not our Club. We have given out quarterly awards since 2003 and today marks 16 years, 62 quarters and approximately 256 recipients.

The Las Vegas Rotary Club considers this event to be one of its flagship programs. Please join us for this wonderful recognition. 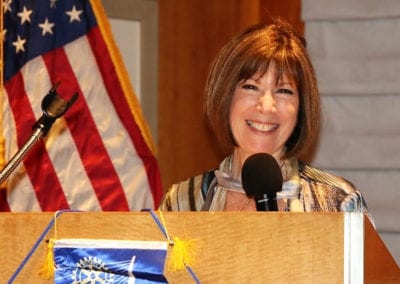 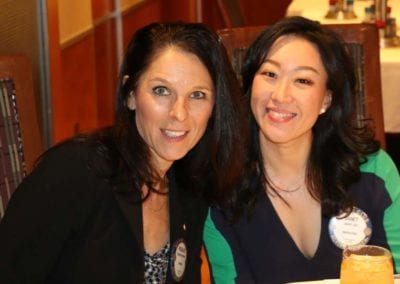 Rosalee Hedrick and Janet Raven joined for lunch and a photo opportunity. 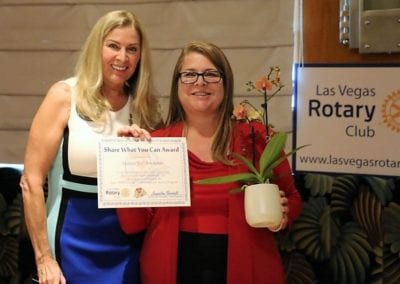 President Jackie presented District Governor Luanne Arrendondo with our Share What You Can Award. 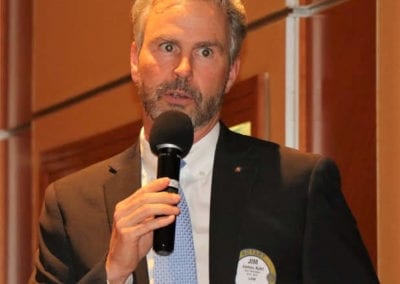 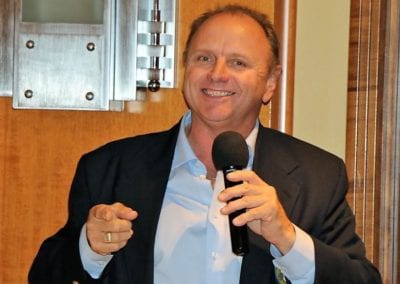 P.P. Jim Hunt gave us an update on the upcoming cigar social at Randy Donald’s home. 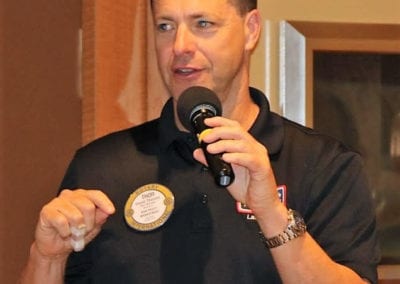 P.P. David Thorson reminded everyone of the upcoming Wetzel Awards on September 26th at 2:30. 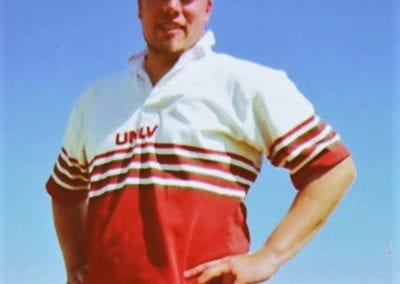 Michael Gordon reminded us of the upcoming Rugby tournaments. 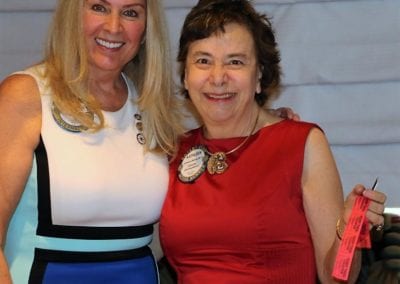 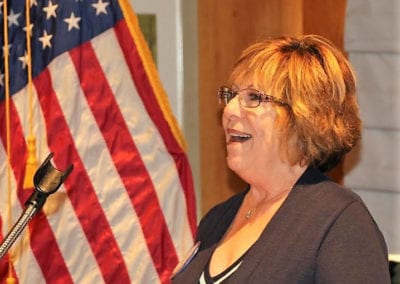 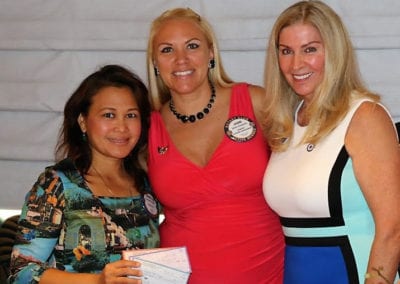 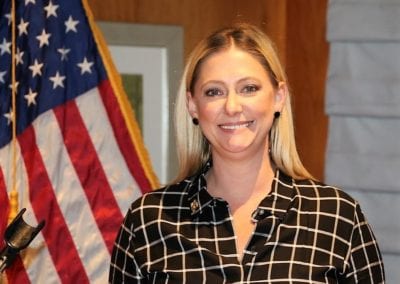 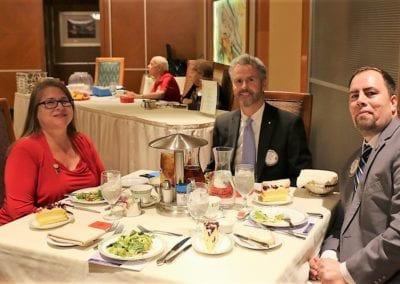 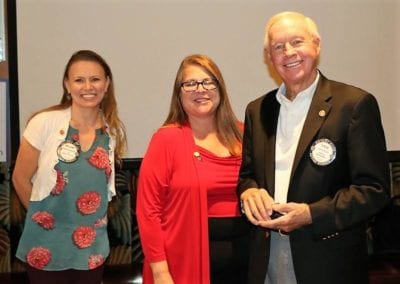 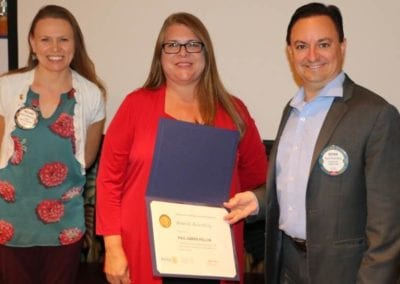