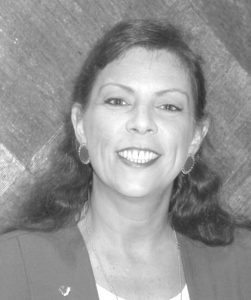 Karen Whisenhunt served as the 86th President of the Las Vegas Rotary Club during the 2009-2010 Rotary Year. The International theme was “The Future of Rotary Is in Your Hands.” Strong emphasis was given to the “Family of Rotary.” Previous members, Rotaract, Interact, Kideract, Bracken Elementary and Rotarian spouses were invited to participate in various Club activities. “Family of Rotary” participation and awareness was increased tremendously throughout the year.

The Membership Committee was lead by Director Richard Jost. A membership drive lead by Deb Harris was held with 17 prospective new members attending a special meeting. The meeting included a keynote speaker, Ross Miller, Nevada Secretary of State and a short overview of club activities. Twenty-two new members were inducted into the Club during the year with new members’ orientations hosted at the home of Ned and Marilyn Phillips.

One of the objectives of the Club was to improve Public Relations. Exceptional speakers were scheduled, thanks to Director Josh Miller. Rotarians were encouraged to maximize “Rotary Awareness” through existing Club activities. Cory Brooks, Sales Manager for the Blue Man Group provided tickets to various events, a great drawing card. Richard Reed created a new website for the 25 Club and a redesign of the Las Vegas Rotary Club. Craig Miller secured club recognition on the UNLV website and center court during a basketball game honoring our Veterans. Media exposure was accomplished through many activities including sponsorship of a boys’ division at the Mayors Cup and 96 television spots on PBS Vegas in support of the Keeping Kids Fit Program.

The Youth and Vocational Services Committee was lead by Director Randy Donald. Six students and club facilitators attended TLC; 11 students and club facilitators attended RYLA; 3 students performed at the club for the Dan Stover Music Contest; 4 students performed at the club for the Four-Way Speech Contest; 1 engineering student at UNLV received a $2,000 Tiberti Scholarship; and 176 Rotarians, Valedictorians and guests attended the Valedictorian luncheon.  Rotaract, Interact and Kideract members attended club meetings and participated in service projects and district trainings. Rotaract President Ed Haliwell was presented with a Paul Harris at the end of his Rotaract year.

The International Services Committee was lead by Director MaryAnn Avnet. Under World Community Service, lead by Steve Parikh, the Club contributed to a matching grant with the Mesquite Rotary Club to purchase an Ambulance in India. We also contributed $2,500 with an additional $2,500 in District Designated Funds towards a $100,000 grant with our partner Club, the Rotary Club of Calgary to provide mosquito treated netting to 14 African Nations. The Club participated in SuperBuild providing $1,000 towards building 3 houses in Mexico. Members hosting a team of 16 boys from Germany for the Mayors Cup.  We endorsed a young lady, Carly Chang, for the Youth Exchange Program, who will study abroad for one year in Germany. As part of the Disaster Relief Rotary Action Group (DRRAG), when disaster hit in Haiti, Club members were there to help. Thanks to members, the “Family of Rotary” and a $3,000 grant from the Las Vegas Rotary Foundation, donations to Haiti included $3,500 to ShelterBox USA, $2,310 to the American Red Cross and $3,450 to the Salvation Army. Rotaract donated $500 and Kideract donated $1,000, both towards ShelterBox USA.

The Foundation Committee was lead by Director Paul Maffey. Our club is number one in the District for participation in The Rotary Foundation (TRF) programs. This year we hosted 2 Ambassadorial Scholars from South Korea: Min Jin Kim and Jin Young Huh. We also endorsed 3 outbound Ambassadorial Scholars with 1 student, Melanie Reed selected by the District. We endorsed Chantelle Doerksen as a World Peace and Conflict Resolution applicant, the first for our Club and first for the District. Members hosted a team of judges from Kazakhstan as part of the Open World Program and participated in activities for GSE. Total contributions to TRF were $51,016, the highest per member in the District. The Club awarded 38 multi-Paul Harris and 51 new Paul Harris Fellows, including 11 as part of the “Pay it Forward” initiative by chair Michael Gordon. Anonymously, members contributed to help other exceptional members complete their first Paul Harris. In return they were asked to “Pay it Forward” in the future to other deserving Rotarians. Past President Russell Swain became a “Level 1 Bequest Society Member. Paul Harris Society members included: Jack Benter, Diane Carlson, Patrick Carlton, Franz Czeisler, Tom Krob, Joan Murdock, Matt Parkins, and Jim Tucker. The cost of a PolioPlus vaccine is 60¢ and the concept used to solicit contributions throughout the year. Thanks to members, the “Swiner” Polio Pig, and “Rotary Awareness” outside of the Club, 17,404 lives were saved through PolioPlus.

At District Conference held at the Green Valley Ranch in Henderson, the Club was presented with the Presidential Citation; 3 Outstanding Awards; 5 Exemplary Awards; additional recognition for Membership; Disaster Relief in Haiti; and dedication to The Rotary Foundation.  Tom Whisenhunt was presented with the Unsung Hero Award for support and service to the community through Rotary.

The debunking party hosted at the beautiful home of Kazem and Brigitta Fathie had a Canadian Theme with 146 people in attendance. Russell Swain led the committee and sent President Karen up the river without a paddle. Jim Hunt was presented with a Distinguished Service Award for years of service to the community. Pam Samuolis was presented with a Spouses Distinguished Service Award for her dedication to the “Family of Rotary.” Executive Director Shawn Noorda was honored and presented with a Paul Harris Fellow, flowers and cash in appreciation for her endless dedication to the club. Michael Gordon was presented with the Rotarian of the Year Award for his continuous commitment to the Las Vegas Rotary Club.  Thus ended the year for the third female President of the Las Vegas Rotary Club!