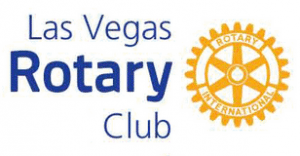 Mr. Cornelius came to Las Vegas from Southern Colorado to attend UNLV in 1988.  One day, freshman year, a stranger told Rob he looked like a football player and asked if he wanted to play rugby.  Having no idea what he was getting into, he attended a practice and ultimately became a rugby fan for life.

After graduating with his hospitality degree, he joined the staff at the Hard Rock when it opened in 1995.

For fun Rob would attend the USA Sevens Rugby Tournament in San Diego.  Seeing the potential of the sport and the Tournament, Rob and a strategic group of people from LVCVA and other area businesses successfully persuaded the International Rugby Board to move the tournament to Sam Boyd Stadium in Las Vegas in 2010.

Later that year, Rob joined the staff of USA Sevens as the Las Vegas Director of Business Development and has been instrumental in growing the rugby tournament into a full-fledged international event.  Rob oversees hospitality, sponsorships, and local operations and outreach.

Since Rob joined the company, attendance has increased four-fold and local participation and outreach have grown exponentially.