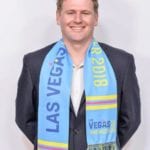 Prior to forming Lights FC, Lashbrook had an extensive background in soccer, which includes work at Major League Soccer’s headquarters in New York City as Special Assistant to the Commissioner’s Office & Legal Counsel.  He then served as the Chief Operating Officer for Orlando City Soccer Club, overseeing all business aspects of the club’s transition from the United Soccer League (USL) to Major League Soccer (MLS) – including finalization of plans for the club’s new 20,000-seat downtown stadium.