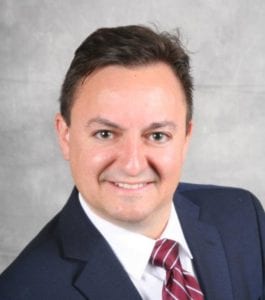 Mr. Rosenberg is a successful entrepreneur and consultant with over twenty-five years of experience in development and implementation of software solutions. As a speaker and author, he has shared his expertise on technology and technology adoption and been a guest lecturer at Baylor University and Nevada State College. As a change leader, he has led the selection and implementation of major transformation projects for many of the largest healthcare providers in the United States, including, most recently, University Medical Center of Southern Nevada where he led the largest IT project in the history of the state of Nevada – on-time and under budget.

In 1999, Mr. Rosenberg founded a software implementation and business advisory firm that helped companies to implement and optimize enterprise software solutions. Under Mr. Rosenberg’s leadership, the company grew to over 50 team members and was recognized by Inc. 1000 as one of the fastest growing companies in 2013. Mr. Rosenberg also received the Smart CEO Future 50 award as the Chief Executive Officer of that firm in 2012 and 2013. In 2014, he sold that firm and relocated to Las Vegas, Nevada where he was recognized as Distinguished Gentlemen of Nevada in 2015.

His newest business, Education Revolution, is focused on improving educational outcomes. The company vision is to provide every child with the same opportunity to learn to their full potential – regardless of their income level and the school district they live in. Their product, the Socrates Learning Platform, is designed to do just that – creating dynamic individualized learning paths for each child. Socrates encourages self-motivation in learners through a system of positive rewards and reinforcements so that students remain self-engaged to absorb the curriculum. Education Revolution received a National Science Foundation grant to support the development of the application, which is being introduced first in Clark County schools.