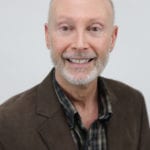 Brian Rouff was born in Detroit, raised in Southern California and has lived in Las Vegas since 1981, which makes him a long-timer by local standards. A 1977 UCLA graduate with a degree in Communication Studies and a minor in Journalism, Brian has spent his entire professional career in media and advertising. In 1987, he founded his own marketing firm, servicing clients in such diverse fields as hospitality, computer consulting, and sports information. In 2003, he merged his company with Imagine Marketing (now Imagine Communications) and serves as managing partner.

Brian is also a professional public speaker, having facilitated hundreds of advertising and marketing workshops during his 35-year career. Recently, he has become a regular contributor to www.living-las-vegas.com.

In 1999, Brian decided to fulfill a lifelong dream by becoming a novelist. His first book, “Dice Angel,” is a quirky mystery that gives readers a behind-the-scenes peek at the Las Vegas that exists beyond the
Strip. His third novel, “The House Always Wins,” released in October 2017, is a Las Vegas ghost story based on an actual haunted house the author and his family lived in during the early 2000s.