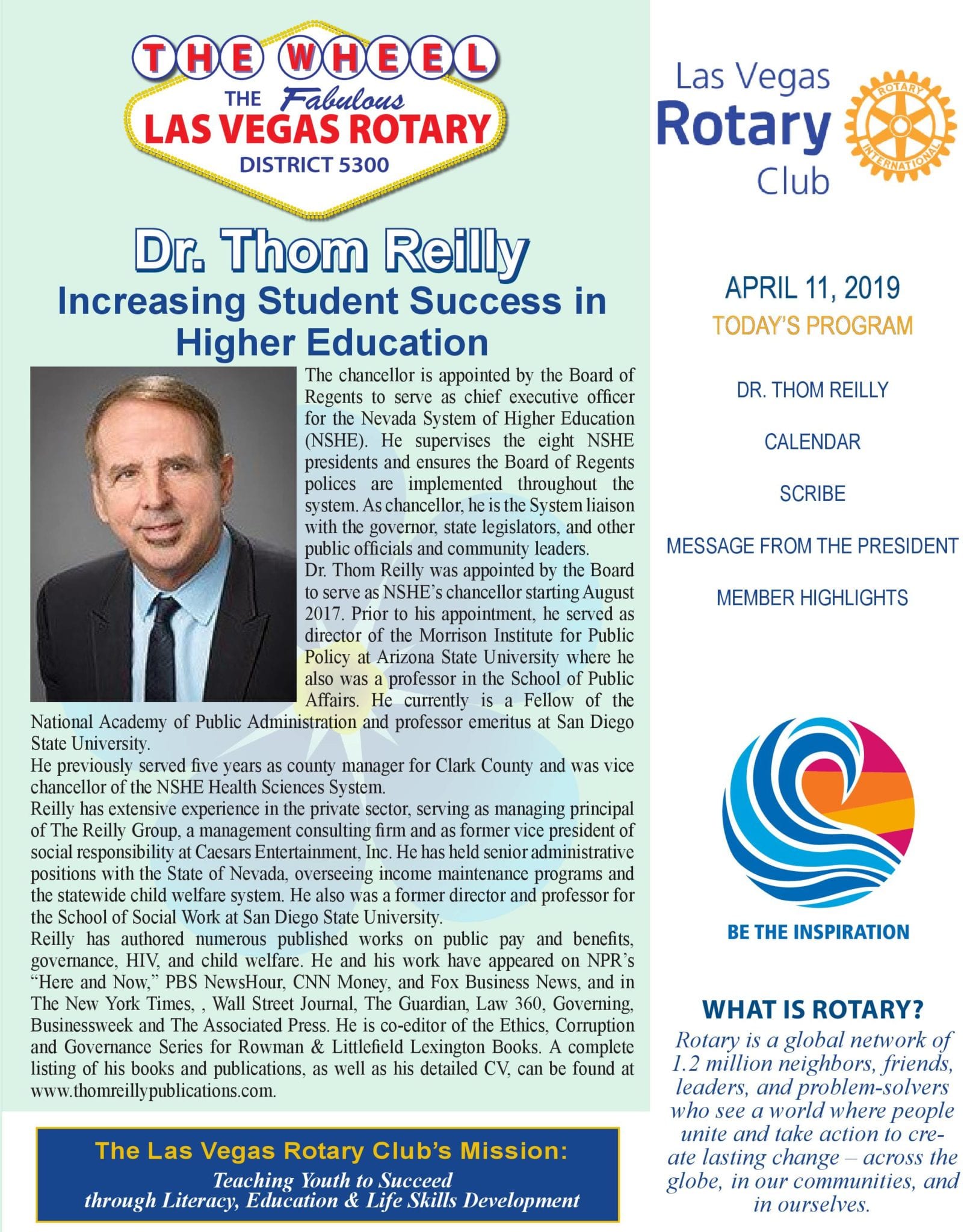 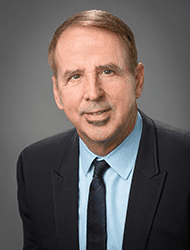 The chancellor is appointed by the Board of Regents to serve as chief executive officer for the Nevada System of Higher Education (NSHE). He supervises the eight NSHE presidents and ensures the Board of Regents policies are implemented throughout the system. As chancellor, he is the System liaison with the governor, state legislators, and other public officials and community leaders.

Dr. Thom Reilly was appointed by the Board to serve as NSHE’s chancellor starting August 2017. Prior to his appointment, he served as director of the Morrison Institute for Public Policy at Arizona State University where he also was a professor in the School of Public Affairs. He currently is a Fellow of the National Academy of Public Administration and professor emeritus at San Diego State University.

He previously served five years as county manager for Clark County and was vice chancellor of the NSHE Health Sciences System.

Reilly has extensive experience in the private sector, serving as managing principal of The Reilly Group, a management consulting firm and as former vice president of social responsibility at Caesars Entertainment, Inc. He has held senior administrative positions with the State of Nevada, overseeing income maintenance programs and the statewide child welfare system. He also was a former director and professor for the School of Social Work at San Diego State University.

Reilly has authored numerous published works on public pay and benefits, governance, HIV, and child welfare. He and his work have appeared on NPR’s “Here and Now,” PBS NewsHour, CNN Money, and Fox Business News, and in The New York Times, Wall Street Journal, The Guardian, Law 360, Governing, Businessweek and The Associated Press. He is co-editor of the Ethics, Corruption and Governance Series for Rowman & Littlefield Lexington Books. A complete listing of his books and publications, as well as his detailed CV, can be found at www.thomreillypublications.com.

On behalf of the Club, congratulations and welcome to all our valedictorians!  You should be proud of this momentous achievement. Schools use different methods to rank their students. Some schools choose to name multiples valedictorians but no salutatorians.  Others schools name two students as first and second, respectively, without calling them, valedictorians or salutatorians. Schools that do not rank at all typically don’t have these positions, although they might still award honors to students in a top percentage of the graduating class, such as inducting them into cum laude society.  Each one of you here today has been identified by your school as the highest ranking student in your class. The Las Vegas Rotary Club is proud to recognize you for this outstanding achievement today. 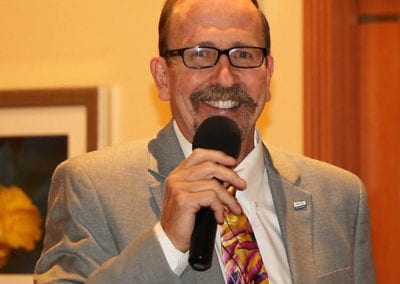 We were joined for lunch by our ex District Governor Randy Pote. 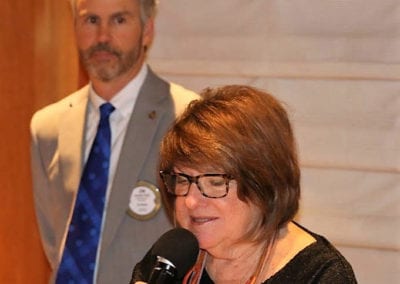 Tina Bishop opened the meeting with an invocation. 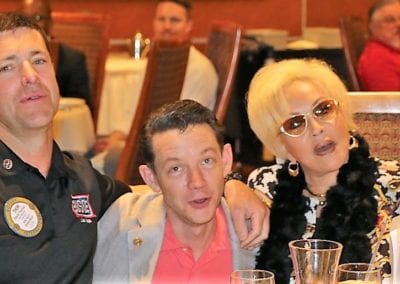 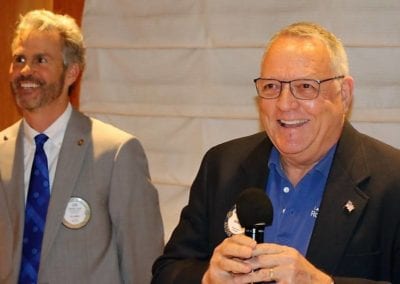 Ted McAdam was eager to lead us in song. 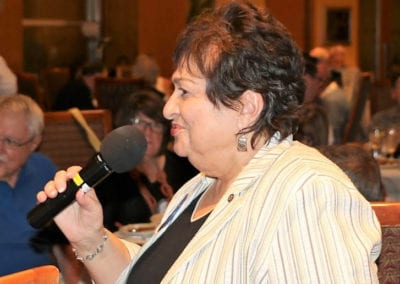 Sidra Kain led us in the “Happy Birthday” song. 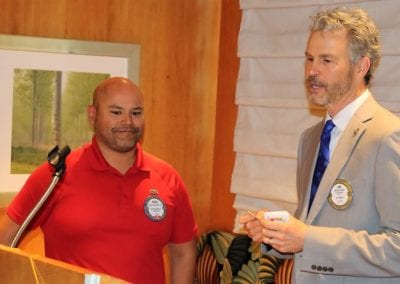 Renee Gamero missed the Joker but pulled an Ace for $50. 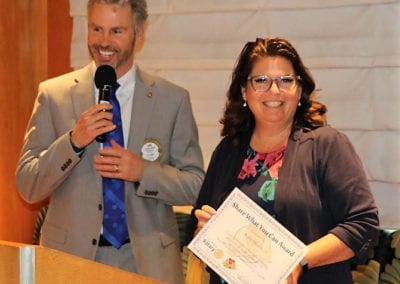 President Jim Awarded our speaker with our “Share What You Can” certificate. 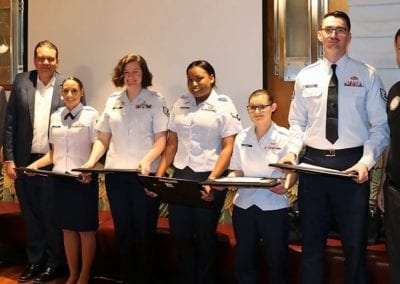 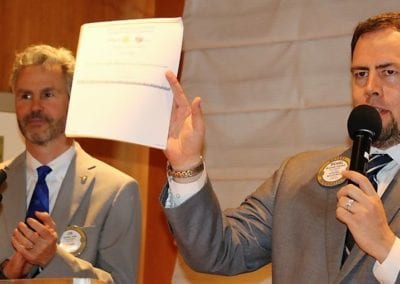 PP Michael Gordon explained how he entered our club in the running for District Awards. 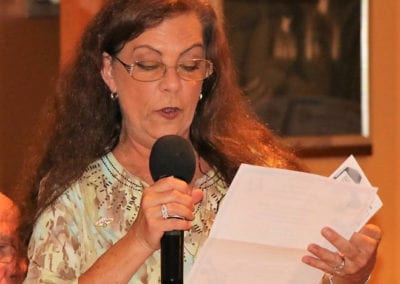 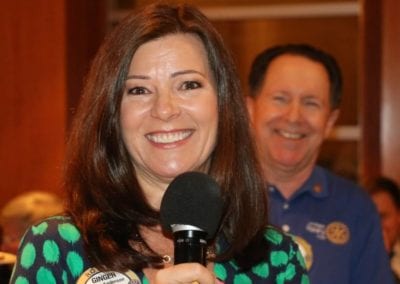 PP Ginger Anderson stood in for the birthday boy Craig Miller who could not make the meeting. 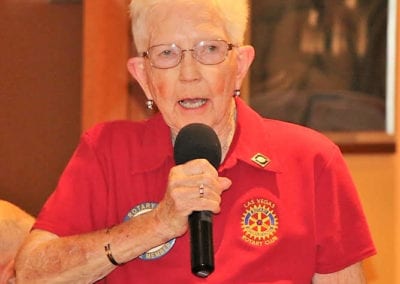 Joan Murdock posed for a picture. 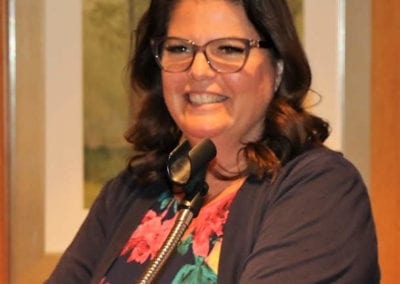 Jaime Goldsmith turned out to be the real winner of the Lawry Bucks. 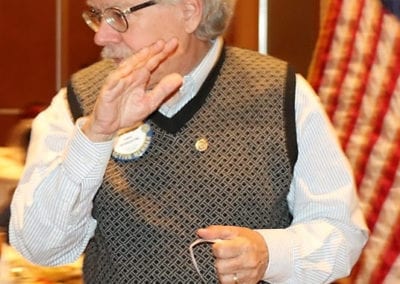 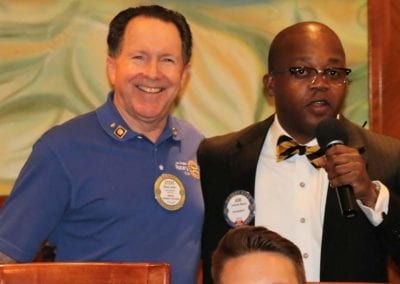 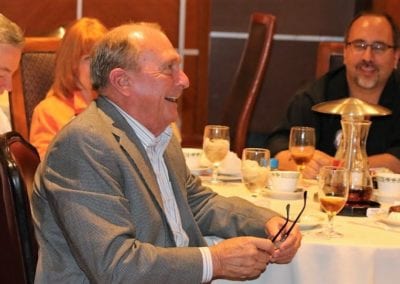 President Jim Kohl called the meeting to order.  Tina Bishop gave the invocation. Ted McAdam, led the club in singing the Marine Corps Hymn, followed by the Pledge of Allegiance.  The Sergeant at Arms was PP Steve Linder.