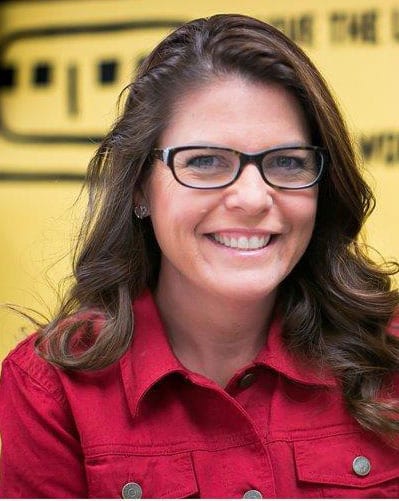 Kathleen Decker has developed an effective magnet program that transformed Walter Bracken STEAM Academy completely. When Ms. Decker was appointed principal in 2001, Walter Bracken was one of the lowest performing schools in the district. Over the years, the award-winning program has received national, state, and local recognition. The Clark County School District was so impressed by the success at Walter Bracken; they franchised the program to two more underperforming schools and made Ms. Decker the principal of all three. Over the years she has focused on sustainability to ensure the school’s mission and vision live long past her tenure.

Ms. Decker is most known for her sustainability by leveraging the community and building partnerships. She is passionate about school culture and climate. Ms. Decker has presented at several national conferences on building a school theme, starting a reading series program, giving students choice through explorations, using gardens in schools, and promoting financial literacy. She has mentored many educators and will continue to work towards creating engaging opportunities for students in the future.

For such an amazing organization, it is surprising that Rotary discriminated against women into the late eighties. Although women were permitted to attend meetings, give speeches, receive awards, and form auxiliary organizations, the Rotary constitution excluded women from membership. The issue came to a head when the Duarte, California, Rotary Club (“Duarte”) admitted women to active membership. Rotary International’s (“RI”) response was to terminate Duarte from RI. Litigation ensued and it went all the way to the United States Supreme Court where RI lost its battle to keep discriminating against women. Thereafter, the 1989 Council on Legislation voted to admit women into Rotary clubs worldwide. While RI likes to highlight the fact that “the vote followed the decades-long efforts of men and women from all over the Rotary world to allow the admission of women into Rotary clubs” the fact remains that it was a divided vote that only passed after RI lost in the United States Supreme Court.

On the positive side, the response to the decision to admit women was overwhelming. By June 1990, the number of female Rotarians had skyrocketed to over 20,000. In July 1995, eight women become district governors, the first elected to this role: Mimi Altman, Gilda Chirafisi, Janet W. Holland, Reba F. Lovrien, Virginia B. Nordby, Donna J. Rapp, Anne Robertson, and Olive P. Scott. By July 2016, the number of women worldwide had surpassed 250,000. Women immediately embraced the leadership opportunities provided by their Rotary clubs and have been making an impact in communities around the world.

Our Club has been greatly enriched by our female members who have served on our committees, our boards and as President. In recognition of RI’s thirtieth anniversary of admitting women in Rotary, I ask that you make a donation to the RI Foundation.

Sergeant at Arms Jaime Goldsmith and Kim Nyoni pose for a snapshot.

President Jim presented our Speaker Judge Susan Johnson with our “Share What You Can Award.”

PP Randy Donald updated us on the upcoming Debunking meeting.

Pamela Lang of Spread the Word Nevada expressed how our club has helped distribute its 5 millionth book to kids.

Bob Werner led us in song with “God Bless America.”

Bill Houghton was joined for lunch by his daughter Payton.