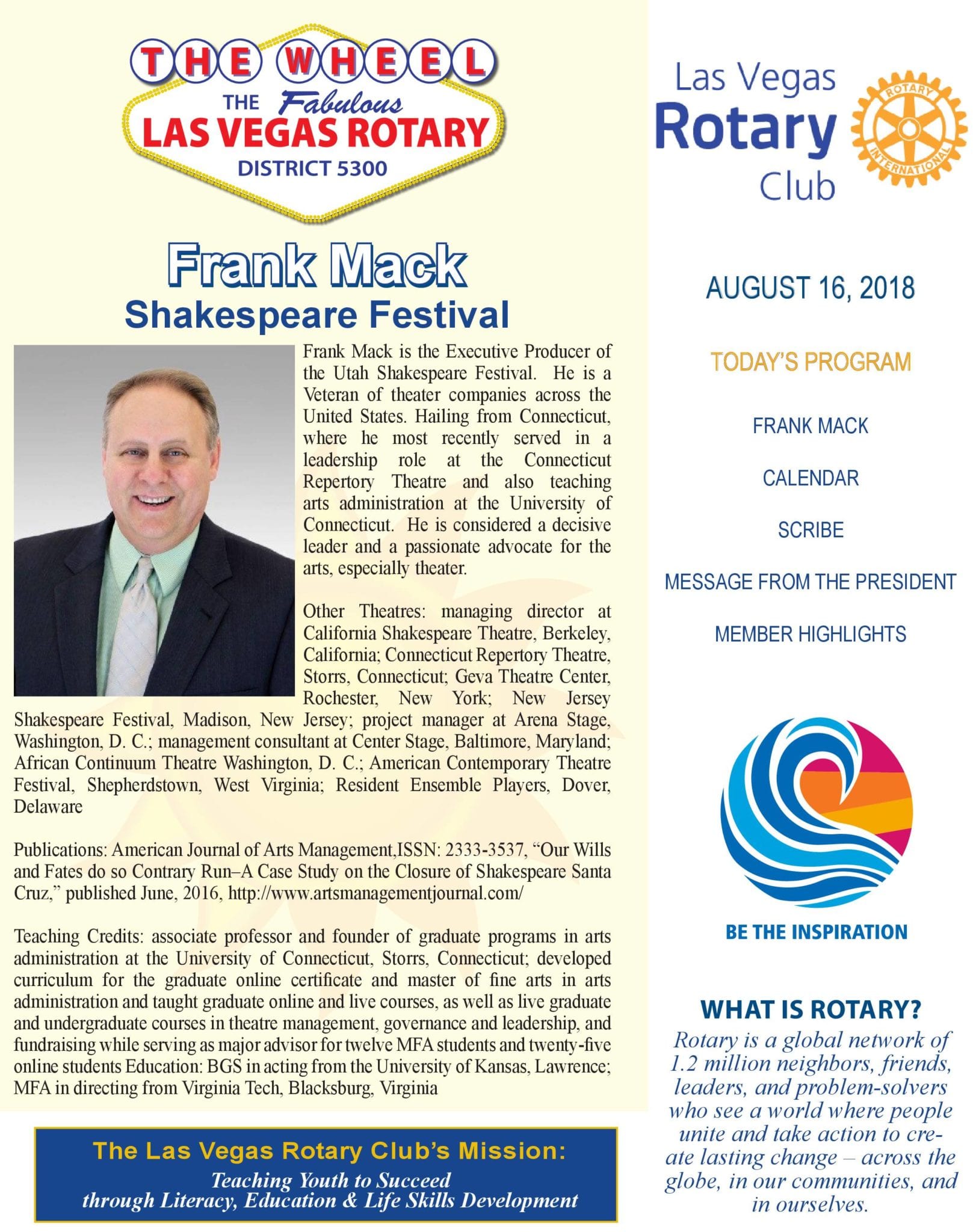 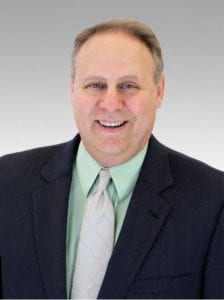 Frank Mack is the Executive Producer of the Utah Shakespeare Festival. He is a Veteran of theater companies across the United States. Hailing from Connecticut, where he most recently served in a leadership role at the Connecticut Repertory Theatre and also teaching arts administration at the University of Connecticut. He is considered a decisive leader and a passionate advocate for the arts, especially theater.

Publications: American Journal of Arts Management, ISSN: 2333-3537, “Our Wills and Fates do so Contrary Run–A Case Study on the Closure of Shakespeare Santa Cruz,” published in June 2016, http://www.artsmanagementjournal.com/

Teaching Credits: associate professor and founder of graduate programs in arts administration at the University of Connecticut, Storrs, Connecticut; developed curriculum for the graduate online certificate and master of fine arts in arts administration and taught graduate online and live courses, as well as live graduate and undergraduate courses in theatre management, governance and leadership, and fundraising while serving as major advisor for twelve MFA students and twenty-five online students

Education: BGS in acting from the University of Kansas, Lawrence; MFA in directing from Virginia Tech, Blacksburg, Virginia

What is it about Shakespeare’s works that resonate with us today, more than four hundred years after his death? The language of Shakespeare’s works are rich, the characters he created are complex and his themes – love, betrayal, war, valor, bravery and political intrigue resonate with audiences today. Shakespeare’s plays capture the human spirit, make us laugh and cry. We are able to see and examine our shortcomings when we look at the characters he created and compare their flaws to ours.

Shakespeare has become embedded in the fabric of Anglo-Saxon society. Although you don’t know it, you probably quote Shakespeare regularly. Phrases attributed to Shakespeare include “it’s Greek to me,” “green-eyed jealousy,” “stood on ceremony,” “tongue-tied,” “hoodwinked” and “in a pickle.” Shakespeare’s works are moving, funny and poignant. For that, we are all the better. If you want to attend this year’s Shakespeare Festival please contact Deb Granda. 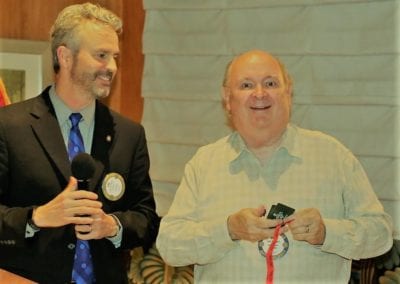 Bob Barnard pulls another winning ticket for the Lawry Bucks. 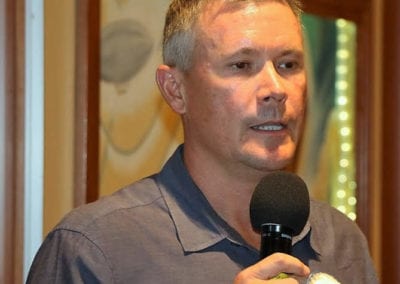 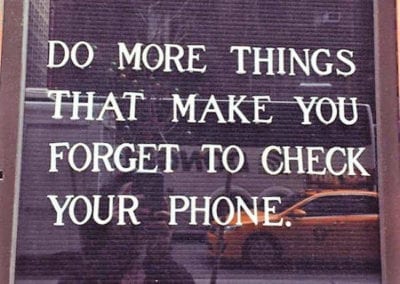 Do More Things That Make You Forget to Check Your Phone 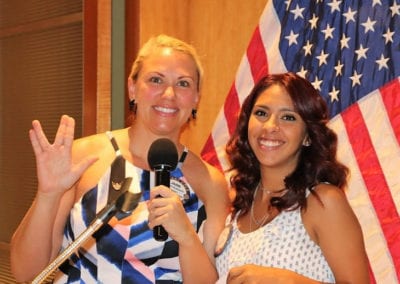 Jaime Goldsmith presented a check to Luci Parodi to kickstart to our 25 club food can drive. 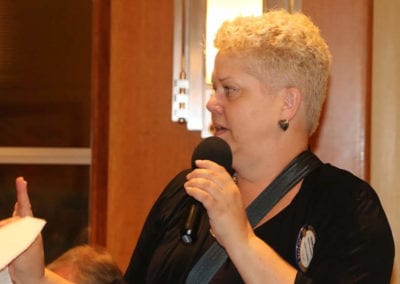 Janice Lencke announced the status of our fundraising raffle. 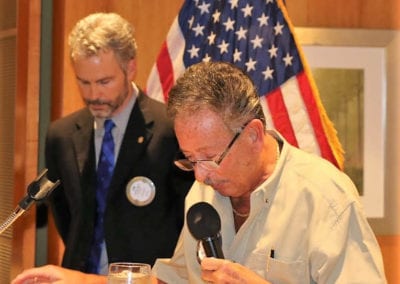 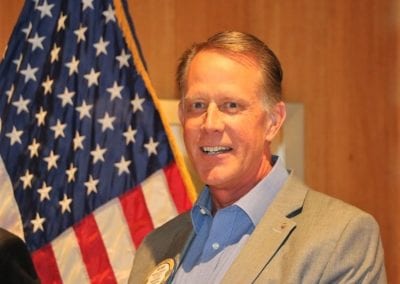 PP Russ Swain can sing as he led us in “God Bless America”. 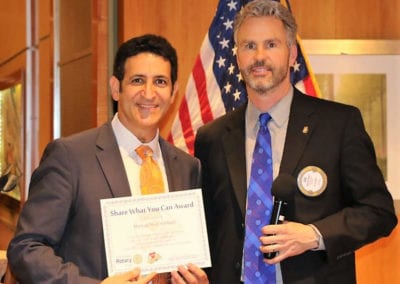 President Jim presented our speaker Dr. Marwan Sabbagh of the Lou Ruvo Center with our “Share What You Can Award”. 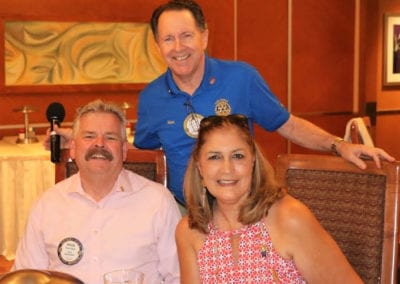 Previous members of our club and visiting Rotarians Bruce Quinn and Corey Brooks were joined by our Sergeant At Arms PP Steve Linder for a Photo. 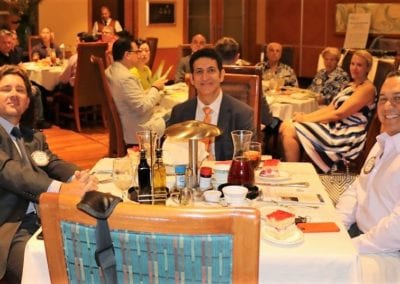 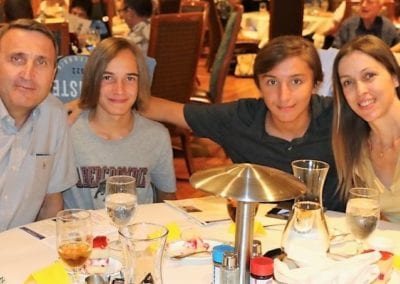 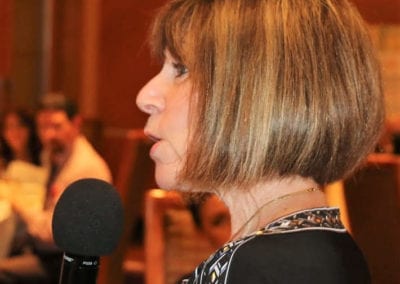 Toni Kern announced the need for members to participate in our Books for Buddies program. 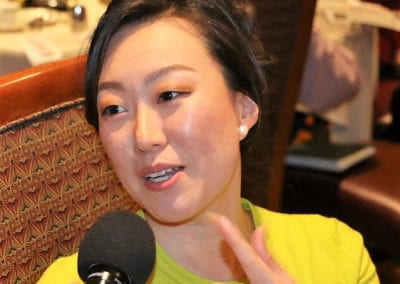 “Visiting member” Janet Lee was recognized with a small fine by President Jim. We miss you Janet!! 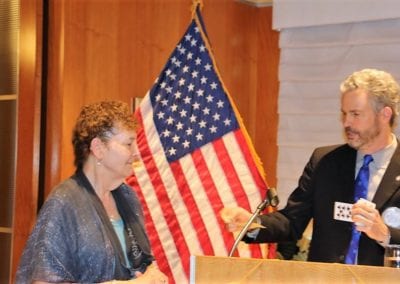 Visitor Barbara Rodgick missed the opportunity of winning the pot but walked away doubling her money.