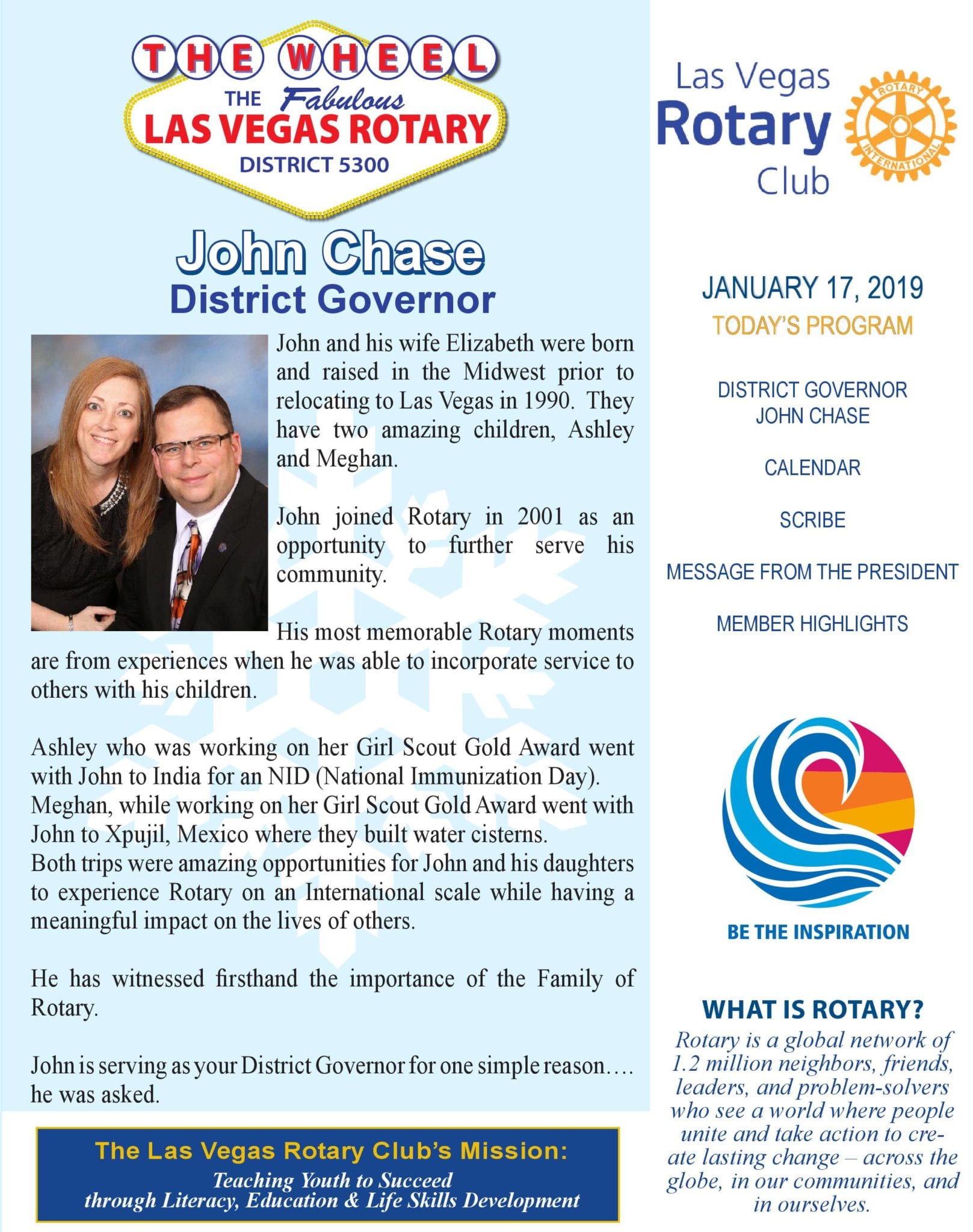 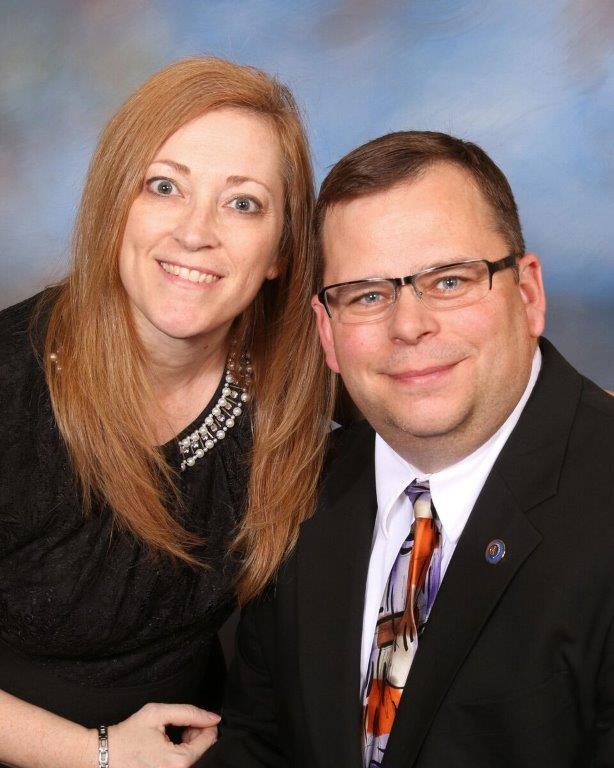 John and his wife Elizabeth were born and raised in the Midwest prior to relocating to Las Vegas in 1990. They have two amazing children, Ashley and Meghan. John joined Rotary in 2001 as an opportunity to further serve his community.

His most memorable Rotary moments are from experiences when he was able to incorporate service to others with his children.

Both trips were amazing opportunities for John and his daughters to experience Rotary on an International scale while having a meaningful impact on the lives of others.

He has witnessed firsthand the importance of the Family of Rotary. John is serving as your District Governor for one simple reason….he was asked.

Last week we learned about the polio virus. This week I would like to share some information about the first part of the history of Rotary International’s (“RI”) efforts to eradicate this scourge from the wild. In 1979 RI began its fight against polio with a multi-year project to immunize 6 million children in the Philippines. In 1985 RI launched PolioPlus, the first and largest internationally coordinated private-sector support of a public health initiative, with an initial fundraising target of $120,000,000.

In 1988 RI and the World Health Organization (“WHO”) launched the Global Polio Eradication Initiative. At that time there were an estimated 350,000 cases of polio in 125 countries. Six years later, in 1994 The International Commission for the Certification of Poliomyelitis Eradication announced that polio has been eliminated from the Americas. Thereafter, RI launched the PolioPlus Partners program, enabling Rotary members in polio-free countries to provide support to fellow members in polio-affected countries for polio eradication activities.

RI’s efforts continued after 2009 and are ongoing. We will learn about those efforts next week. Wild polio still exists and we need to keep working until we eradicate it. Please donate to the Polio Pig as it makes its rounds through the club this month. 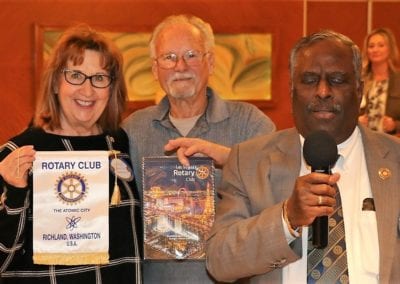 Bob Werner and Rampur exchanged banners with his visiting Rotarian from the Atomic City, Richland, Washington. 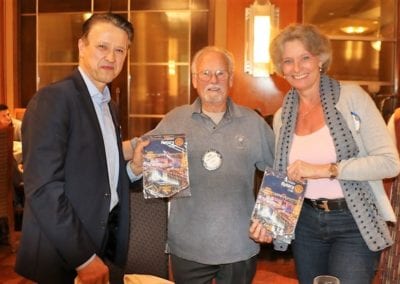 Bob Werner presented our international guests with our banner. 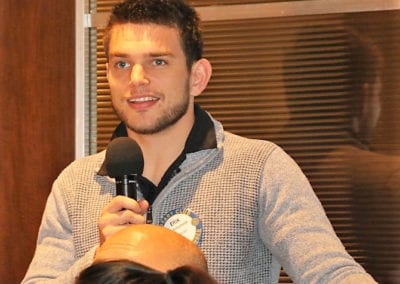 Erik Astramecki told us how Luci Parodi beat his tally in the canned food drive. 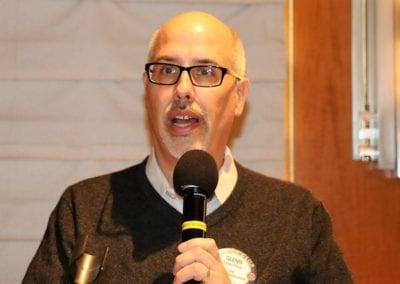 Glenn Meier led off our new year with his invocation. 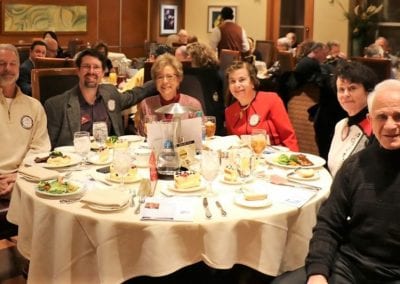 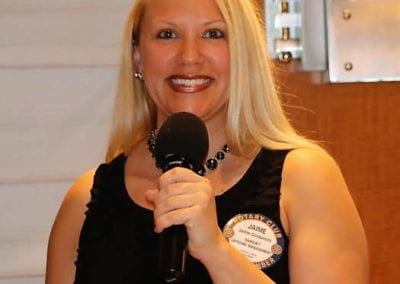 Jaimee Goldsmith led us in song. 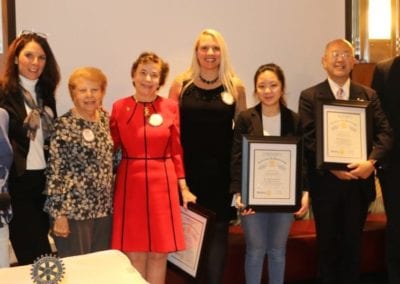 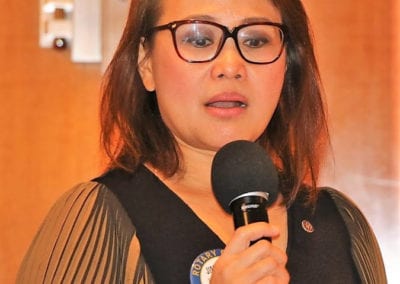 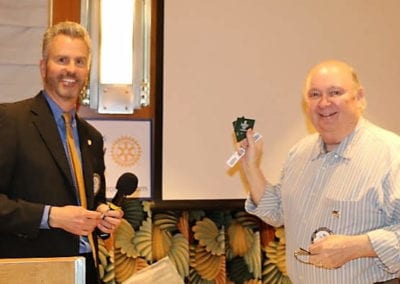 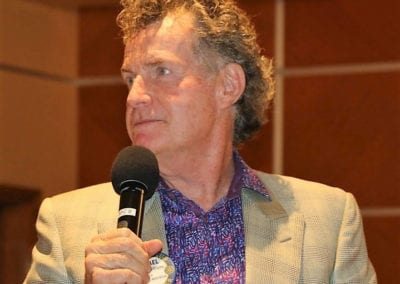 Michael Williams recapped our participation at the Magical Forest. 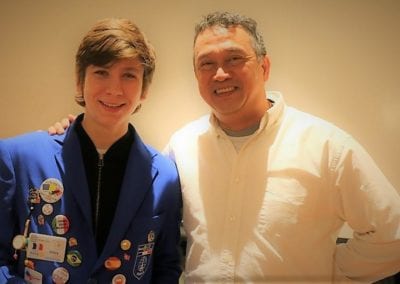 Mike Cudiamat joined with our International Exchange student for Pierre for a picture. 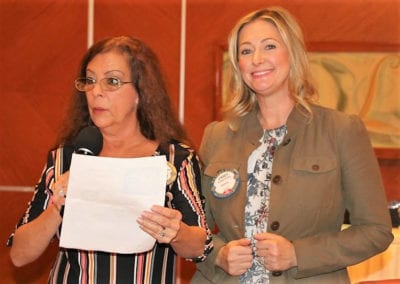 PP Karen Whisenhunt and our Sargent At Arms Cory Grohs requested participation of the membership to help play host to the German soccer team for the Mayor’s Cup. 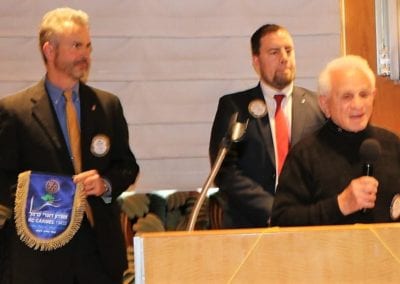 PP Michael Gordon presented President Jim with a banner from the Israeli Rotary of Carmel that sent us funds for the people who suffered from the 2017 mass shooting. Jerry Engel led us in a Hebrew invocation. 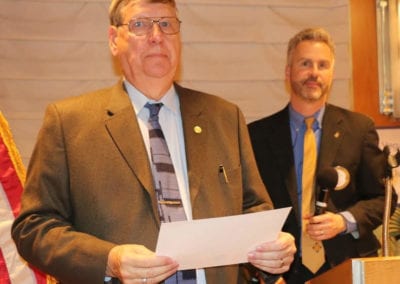 President Jim presented our speaker Ron Faass with our Share What You Can Award. 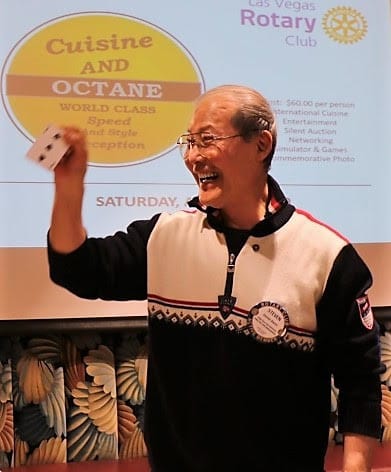 Steve Kwon missed his chance at the Joker and the Pot. 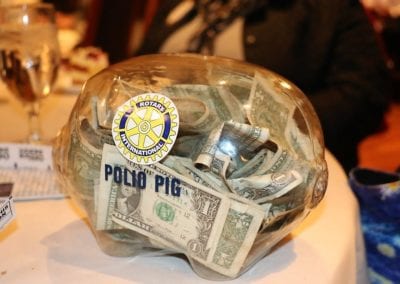 The Polio Pig is alive and needs feeding. It did OK last week. 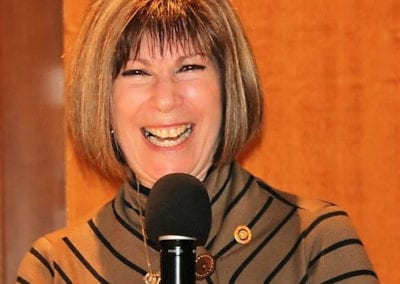 President Jim Kohl called the meeting to order. Glenn Meier gave the first invocation. Jerry Engel gave the second invocation. Jamie Goldsmith led the club in singing the National Anthem, followed by the Pledge of Allegiance. The Sergeant at Arms was Carey Grohs.