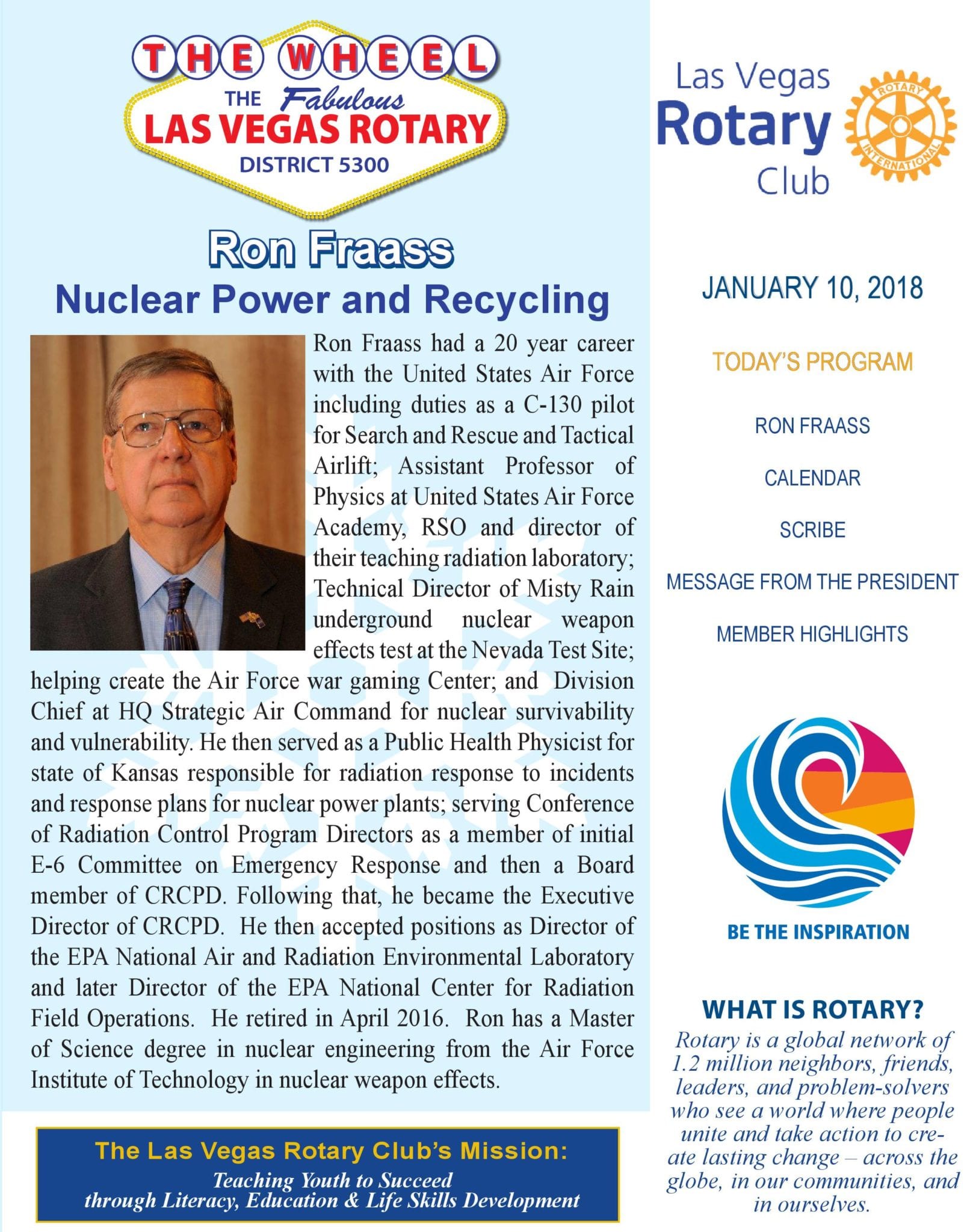 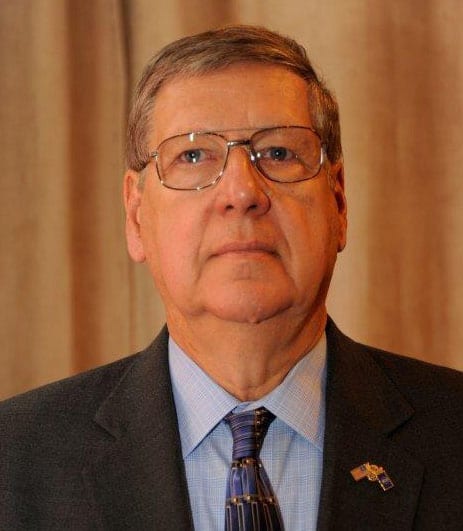 Ron Fraass had a 20 year career with the United States Air Force including duties as a C-130 pilot for Search and Rescue and Tactical Airlift; Assistant Professor of Physics at United States Air Force Academy, RSO and director of their teaching radiation laboratory; Technical Director of Misty Rain underground nuclear weapon effects test at the Nevada Test Site; helping create the Air Force war gaming Center; and Division Chief at HQ Strategic Air Command for nuclear survivability and vulnerability. He then served as a Public Health Physicist for state of Kansas responsible for radiation response to incidents and response plans for nuclear power plants; serving Conference of Radiation Control Program Directors as a member of initial E-6 Committee on Emergency Response and then a Board member of CRCPD. Following that, he became the Executive Director of CRCPD. He then accepted positions as Director of the EPA National Air and Radiation Environmental Laboratory and later Director of the EPA National Center for Radiation Field Operations. He retired in April 2016. Ron has a Master of Science degree in nuclear engineering from the Air Force Institute of Technology in nuclear weapon effects.

This week we are reintroducing the Polio Pig to the club. I thought it would be appropriate to provide the club with some information about the poliovirus so that we can better understand what we are fighting to achieve.

Poliomyelitis (“polio”) is a highly infectious disease that most commonly affects children under the age of 5. The virus is spread person to person, typically through contaminated water. Polio can attack the nervous system, and in some instances, lead to paralysis. There is no known cure for polio other than Rotary International. While it is true we can’t actually cure Polio, we can, and we will, eradicate polio in the wild. Rotary International will continue to provide the safe and effective vaccines against polio at no charge. To date, we have been able to immunize over 2.5 billion children worldwide.

Presently, there are only three countries in the world where polio occurs in the wild, Pakistan, Afghanistan and Nigeria. Why do we need to continue to fight against polio? Because unless we eradicate polio it will come back. Most people who contract polio are unaware that they have it because they only suffer from a mild fever for a few days. The WHO estimates that if we fail to reach our goal of eradication, within 10 years we could see as many as 200,000 new cases of polio each year as it will sweep through unvaccinated populations in countries that have been declared polio free. The disease is endemic in only 3 countries, but unless we reach every child with the vaccine, no child anywhere is safe.

Please make a donation this week to the Polio Pig and remember to bring a few dollars each week to help us make polio the second scourge (after smallpox) to be eradicated from Earth. 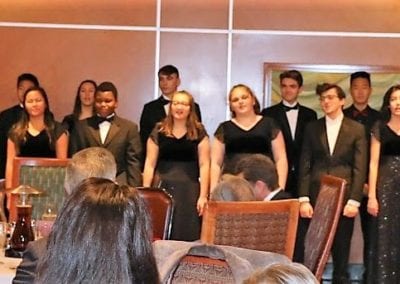 Christmas songs were presented by the Palos Verdes Choir 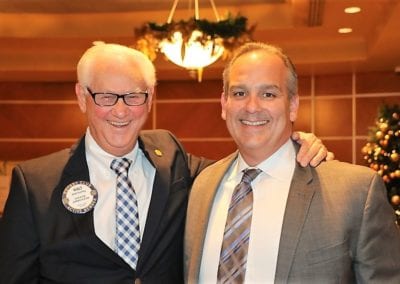 Dr. Walt Rulffes introduced our speaker Dr. Jara the Clark County Superintendent of Schools and posed for a picture 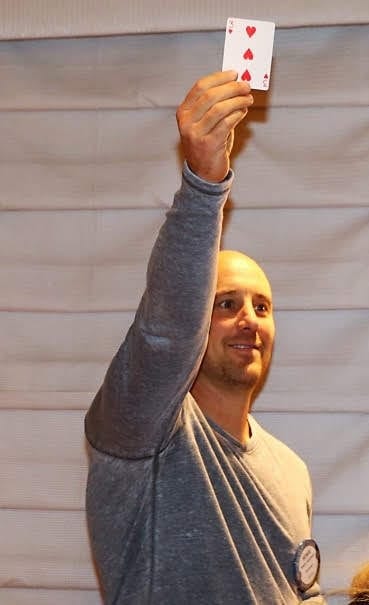 Howie Hopkinson missed his shot at the Pot and the Joker. 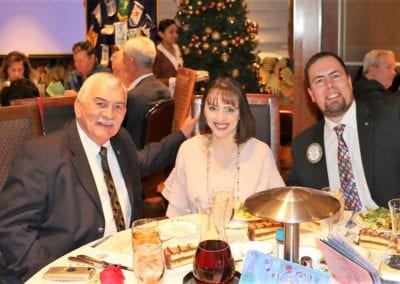 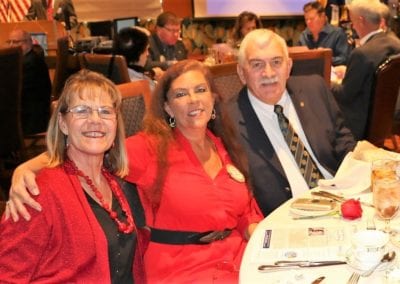 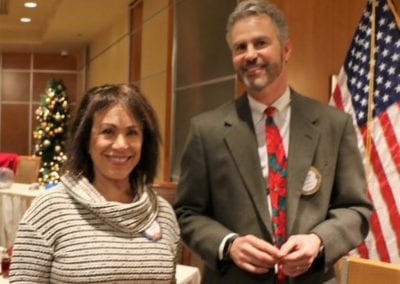 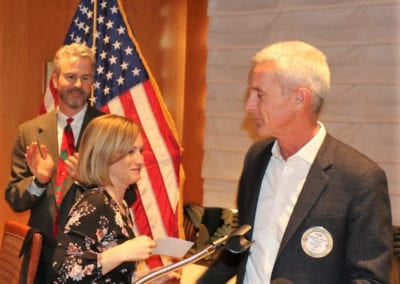 Tom Thomas and his wife matched funds with our Rotary Foundation and presented a check for $25,000 to Pam Lang of Spread the Word Nevada. 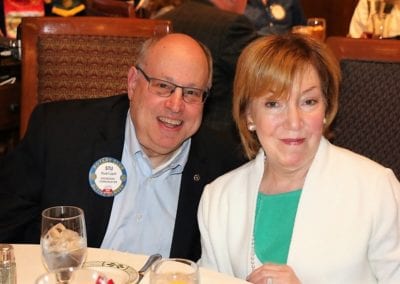 Our electronic Guru Stu Lipoff was joined for lunch by his wife Harriet. 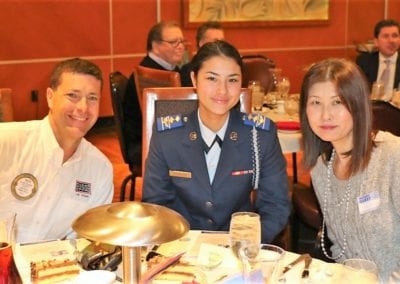 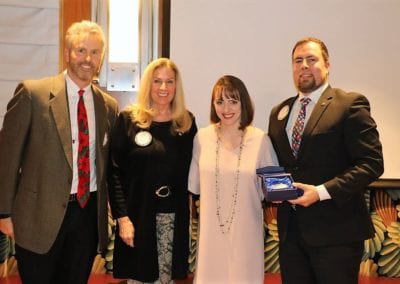 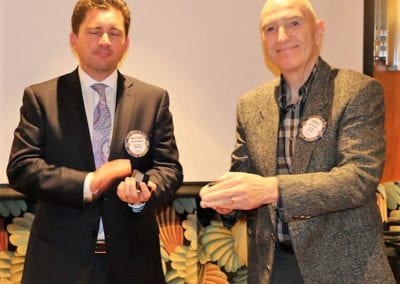 President Jim and Tom Davis presented a check for $5,500 to representatives of the Foundation for Independent Tomorrow. 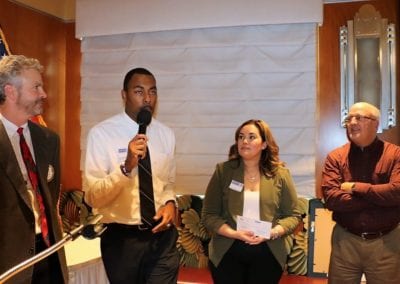 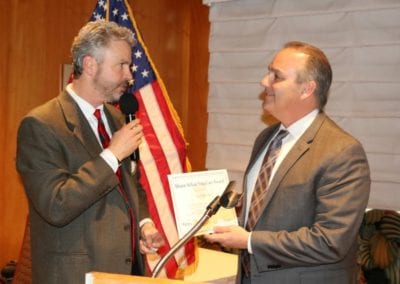 President Jim presented our Speaker with our “Share What You Can Award”. 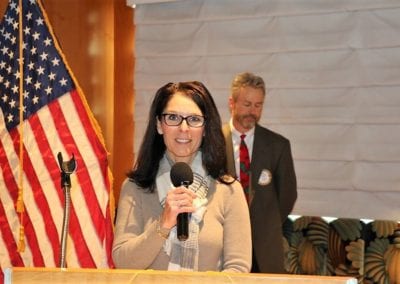 Rosalee led us in prayer. 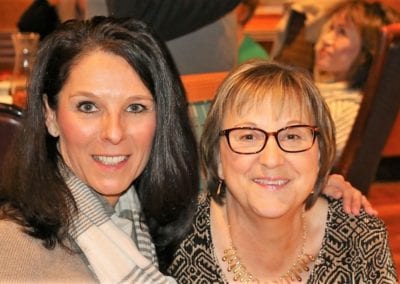 Rosalee was joined by her administrative assistant Lynne Hines’ 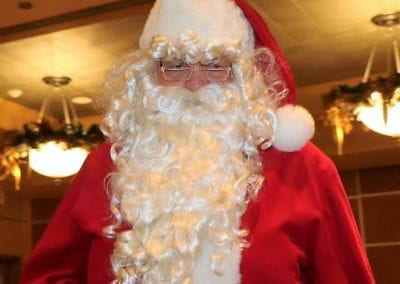 Santa joined in with Jingle Bells…Merry Christmas and we will see you next year. 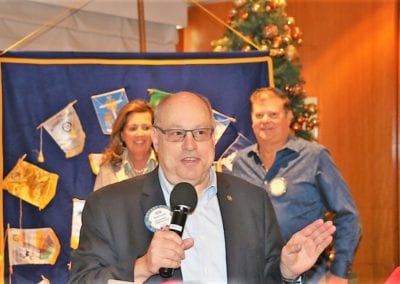 Stu Lipoff Led us in a Karaoke version of “Hail to the Chief”.

President Jim Kohl called the meeting to order. Rosalee Hedrick gave the invocation. Stu Lipoff led the club in singing Hail To The Chief, followed by the Pledge of Allegiance. The Sergeant at Arms was Michael Cudiamat. The Palo Verde Choir provided holiday singing and Santa Claus came for a visit and a joyful round of Jingle Bells