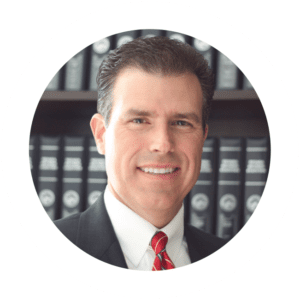 Christopher Lalli is a life-long resident of Las Vegas and a graduate of Bishop Gorman High School. He received a Bachelor of Business Administration and a Minor in Philosophy from Loyola Marymount University in 1989. While at Loyola Marymount, he was elected President of the Student Body.

In 1994, Mr. Lalli received a Juris Doctor from Loyola Law School in Los Angeles and was a recipient of the American Jurisprudence Award in Trial Advocacy. He became a member of both the Nevada Bar and the United States Bar for the District of Nevada that same year. He was admitted to practice before the United States Supreme Court in 2011.

Mr. Lalli joined the Office of the District Attorney in 1994. In 2001 he became a member of the Major Violators Unit and a capital case litigator. Mr. Lalli has lectured to members of law enforcement at the Las Vegas Metropolitan Police Department Academy, at the International Gaming Institute at the University of Nevada Las Vegas, at the National College of District Attorneys and at the National Advocacy Center in Columbia, South Carolina. He has also presented at Trial Academy with the State Bar of Nevada.

Our club is a strong supporter of the military. We participate in the annual Safety Officer Awards Recognition (SOAR) and our weekly speakers “gift” is to provide meals to homeless veterans. Most club members will agree that the military project that lies nearest to their hearts are the quarterly Wetzel awards.

Former member and Ret. Air Force Colonel Scotty Wetzel is the one who initially conceived the idea of recognizing the airmen and women at Nellis AFB. Each quarter, our club honors these deserving service members during a club meeting and provide them with a night on the town to enjoy with their significant other.

Since inception, this program has grown and now includes Creech AFB. Our club values family bonds and we are happy that the Wetzel awards continue to receive strong support from the Wetzel family – allowing the community an opportunity to see and hear from some of the most dedicated individuals serving in the military.

Through the efforts of PEE Jackie Thornhill, our club has the opportunity to receive grant funds from NV Energy through its “Power of Good” giveaway. Please vote for our club and help us provide more funding to the Wetzel awards program!

Arleen Sirois was joined for lunch with her best friend Mary.

At the head table this week was Rob Telles, our speaker RJ Sampson, and his guest Elizabeth Millsaps.

Member Bill Houghton and his wife Jeni were recognized for their contributions to the club by President Michael.

PP Randy Donald announced a networking event at his home on March 29th.

PP Russell Swain was joined at lunch by his best friend Ryan Gagnon.

President Michael presented our speaker RJ Sampson of VR Kids with our “Share What You Can” award.

The chance at the Pot was won by Walt Rullfes…He missed the joker.