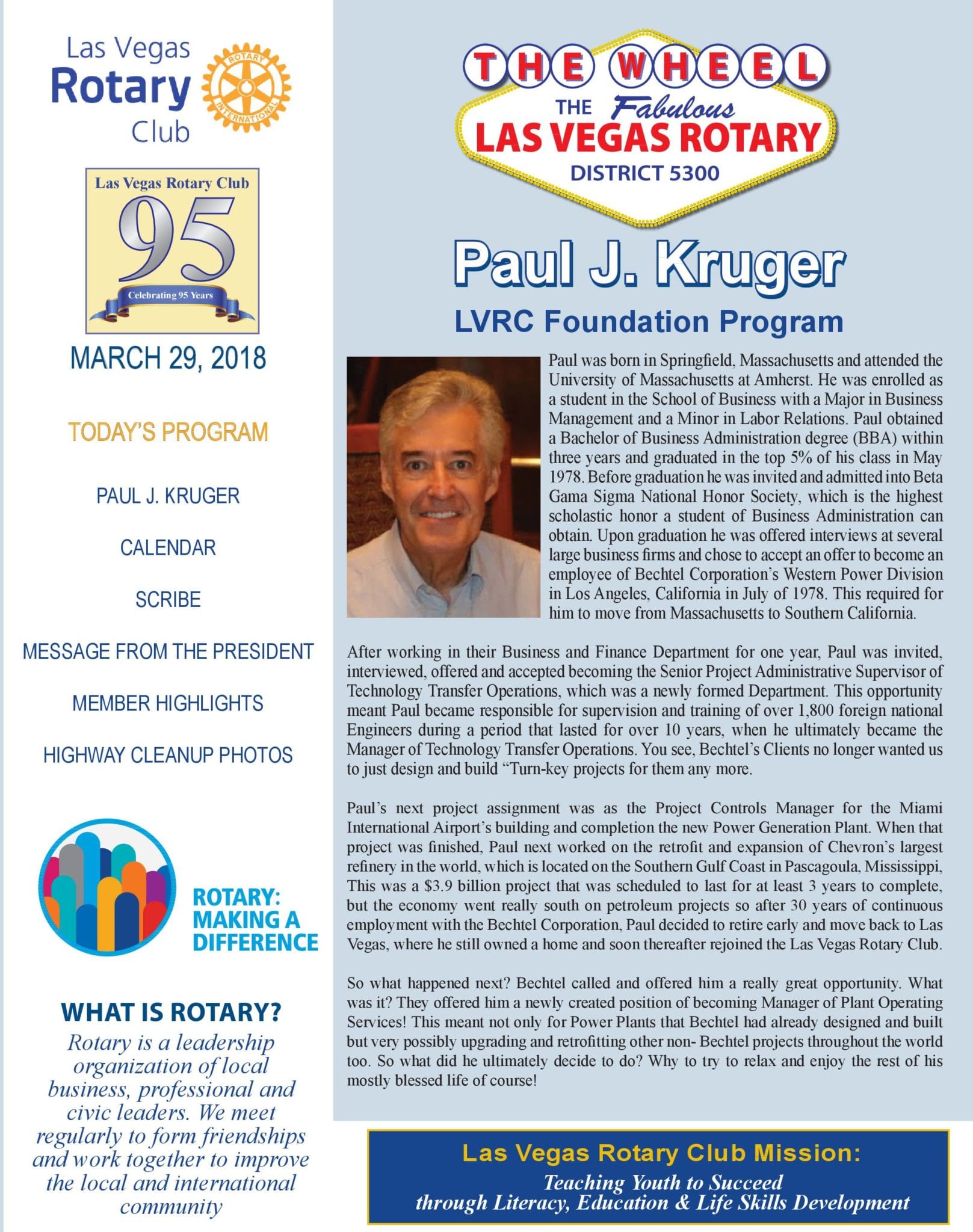 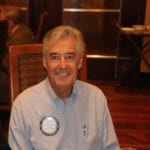 Paul was born in Springfield, Massachusetts and attended the University of Massachusetts at Amherst. He was enrolled as a student in the School of Business with a Major in Business Management and a Minor in Labor Relations. Paul obtained a Bachelor of Business Administration degree (BBA) within three years and graduated in the top 5% of his class in May 1978. Before graduation, he was invited and admitted into Beta Gama Sigma National Honor Society, which is the highest scholastic honor a student of Business Administration can obtain. Upon graduation, he was offered interviews at several large business firms and chose to accept an offer to become an employee of Bechtel Corporation’s Western Power Division in Los Angeles, California in July of 1978. This required him to move from Massachusetts to Southern California.

After working in their Business and Finance Department for one year, Paul was invited, interviewed, offered and accepted becoming the Senior Project Administrative Supervisor of Technology Transfer Operations, which was a newly formed Department. This opportunity meant Paul became responsible for supervision and training of over 1,800 foreign national Engineers during a period that lasted for over 10 years when he ultimately became the Manager of Technology Transfer Operations. You see, Bechtel’s Clients no longer wanted us to just design and build “Turn-key projects for them anymore.

Paul’s next project assignment was as the Project Controls Manager for the Miami International Airport’s building and completion the new Power Generation Plant. When that project was finished, Paul next worked on the retrofit and expansion of Chevron’s largest refinery in the world, which is located on the Southern Gulf Coast in Pascagoula, Mississippi, This was a $3.9 billion project that was scheduled to last for at least 3 years to complete, but the economy went really south on petroleum projects so, after 30 years of continuous employment with the Bechtel Corporation, Paul decided to retire early and move back to Las Vegas, where he still owned a home and soon thereafter rejoined the Las Vegas Rotary Club.

So what happened next? Bechtel called and offered him a really great opportunity. What was it? They offered him a newly created position of becoming Manager of Plant Operating Services! This meant not only for Power Plants that Bechtel had already designed and built but very possibly upgrading and retrofitting other non-Bechtel projects throughout the world too. So what did he ultimately decide to do? Why try to relax and enjoy the rest of his most blessed life of course!

Recently, one of our club’s “snowbirds”, Lamar Marchese, reminded me that club members don’t always hear about club board decisions in a timely fashion. I can assure every member that it is not the intention of the board to make anybody feel “left out” – there is just not an easily accessible vehicle to communicate board decisions. With that being said, I would encourage every member to attend any club or Foundation board meeting if their schedule allows.

Here are some decisions that the club board approved over the past Rotary year: 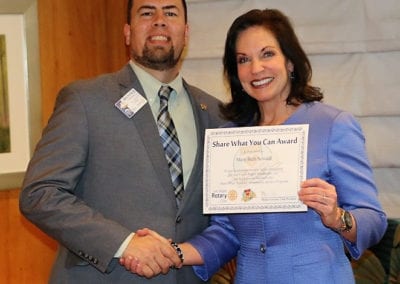 Mary Beth Sewald, CEO of the Las Vegas Metro Chamber of Commerce was presented with our “Share What You Can” award. 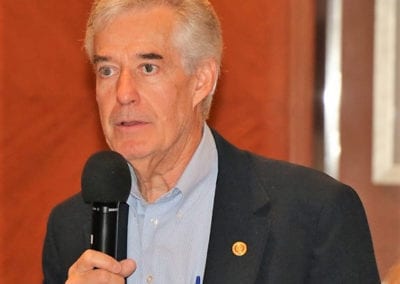 Paul Kruger announced the formation of the J.A. Tiberti fellowship. 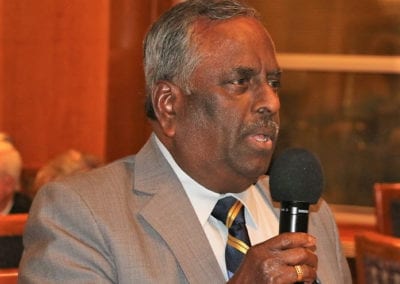 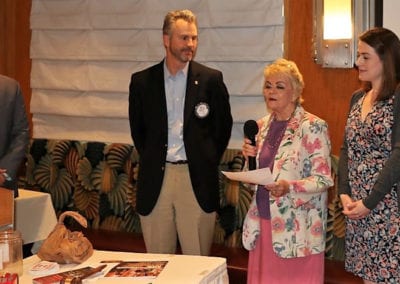 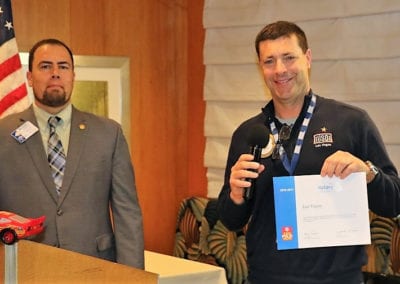 PP Dave Thorson accepted the award from DG Raghada Khoury for his “End Polio Now” efforts as well as being fined $95 by President Michael. 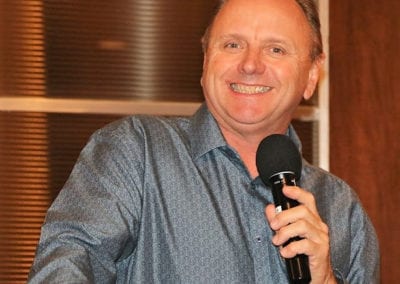 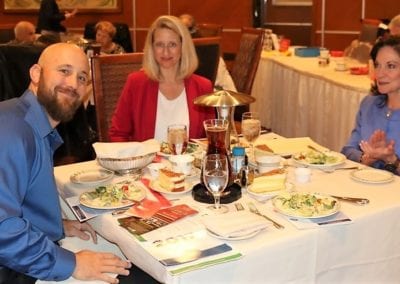 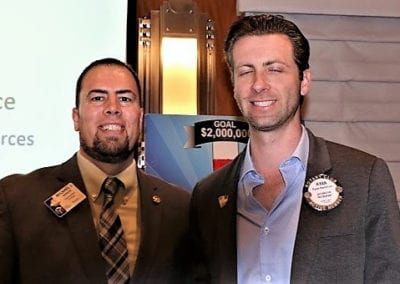 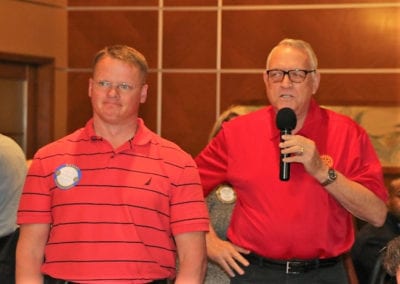 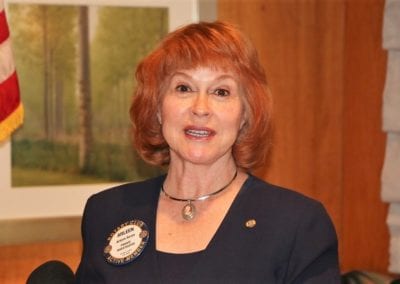 Arleen Sirois led us in singing “My Country ‘Tis of Thee” 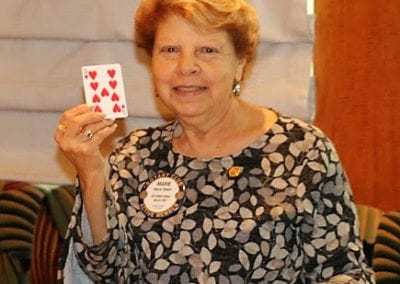 Marie Walsh missed her chance at the joker. The pot moves on…Sorry Marie.