Listen to Jack Sheehan – Writing the History of Las Vegas 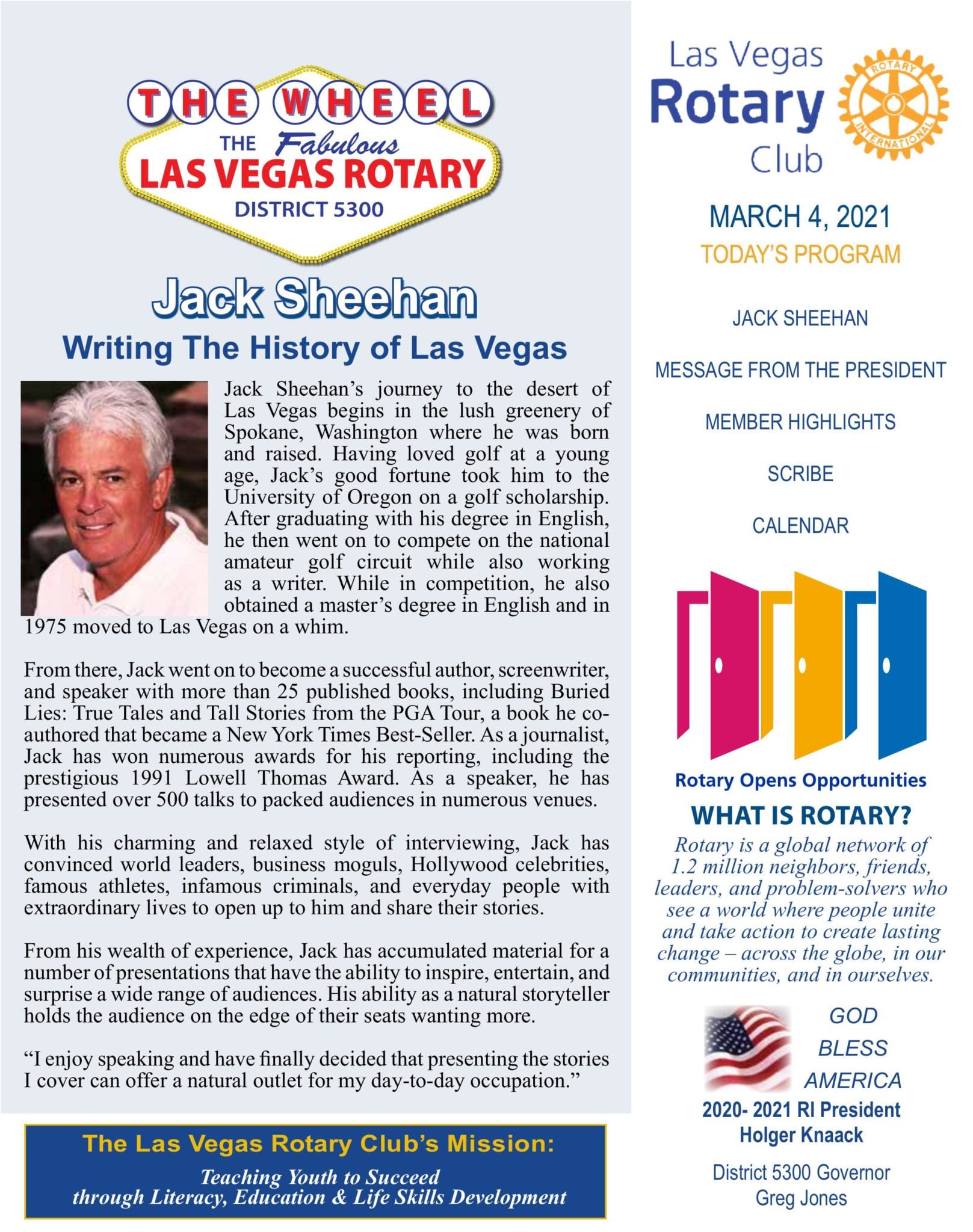 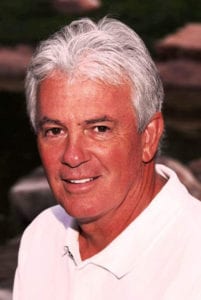 Jack Sheehan’s journey to the desert of Las Vegas begins in the lush greenery of Spokane, Washington where he was born and raised. Having loved golf at a young age, Jack’s good fortune took him to the University of Oregon on a golf scholarship. After graduating with his degree in English, he then went on to compete on the national amateur golf circuit while also working as a writer. While in competition, he also obtained a master’s degree in English and in 1975 moved to Las Vegas on a whim.

From there, Jack went on to become a successful author, screenwriter, and speaker with more than 25 published books, including Buried Lies: True Tales and Tall Stories from the PGA Tour, a book he co-authored that became a New York Times Best-Seller. As a journalist, Jack has won numerous awards for his reporting, including the prestigious 1991 Lowell Thomas Award. As a speaker, he has presented over 500 talks to packed audiences in numerous venues.

With his charming and relaxed style of interviewing, Jack has convinced world leaders, business moguls, Hollywood celebrities, famous athletes, infamous criminals, and everyday people with extraordinary lives to open up to him and share their stories. From his wealth of experience, Jack has accumulated material for a number of presentations that have the ability to inspire, entertain, and surprise a wide range of audiences. His ability as a natural storyteller holds the audience on the edge of their seats wanting more.

“I enjoy speaking and have finally decided that presenting the stories I cover can offer a natural outlet for my day-to-day occupation.”

What is in a Name?

There are many themes that seem to recur with some frequency in the RI monthly magazine now called Rotary.  One such recurring theme is the distinction between a person being a member of a Rotary Club versus being a Rotarian.

The line between the two categories is drawn as follows.  A member of a Rotary Club attends meetings, pays their dues, and enjoys socializing with other members while sharing a meal.  A Rotarian, on the other hand, has had a “Rotary moment” and as a result has aligned their life with Rotary’s ideals.

We can dismiss this as much ado about nothing, or as an attempt to copy the religious groups who distinguish between the multitudes and the born-again believers.  Before we do, however, it is worth considering why the distinction between being a member of a club versus being a Rotarian comes up as often as it does in our monthly magazine.

That will of course lead you to evaluate where you, as an individual and we, as a club, land.  Are you attending meetings and socializing but rarely, if ever, thinking about living the Rotary Four-Way test of all you think or say or do?  Are you looking for ways to be of service above self?  Where does our club fall on these questions?

I reject the notion that we must have a “Rotary moment” to become Rotarians; I believe all of us have the opportunity to be more than just members if we choose to do so. 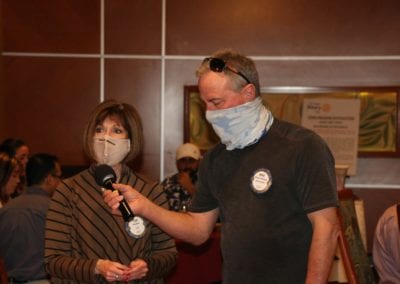 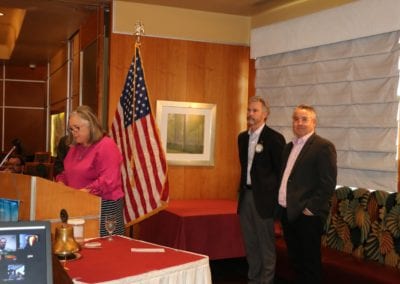 The Ryan Lipparelli Foundation is described. 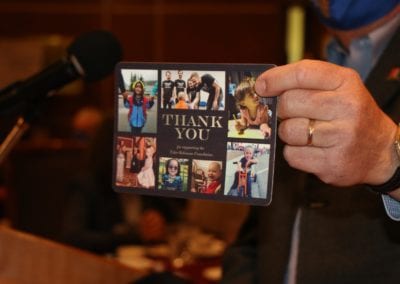 Thank you card from the Tyler Robinson Foundation for their grant. 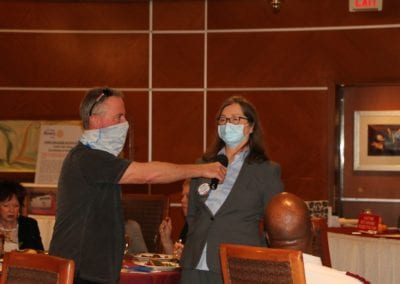 Susan Ziobro invites club members to the next 25 club social. 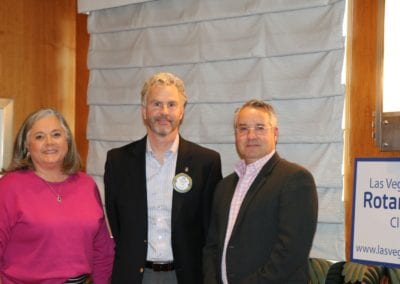 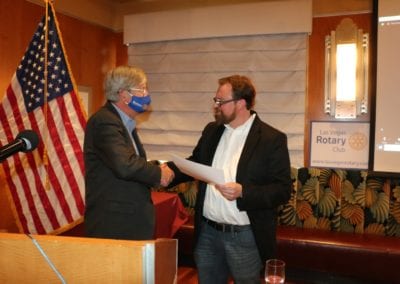 Our speaker Matt Seltzer receives our Share What You Can award. 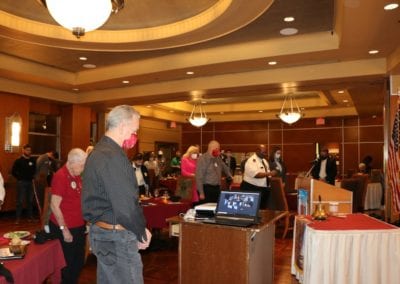 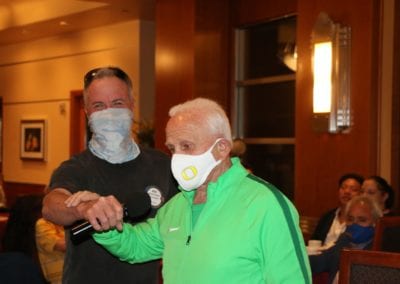 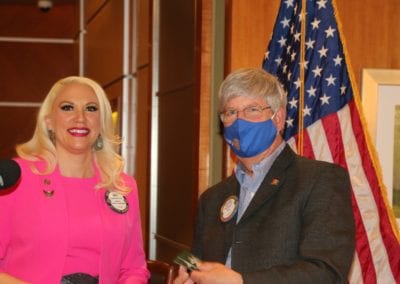 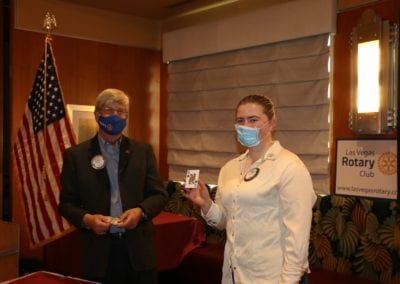 Inga Almquist tries for the joker but pulls (becomes?) a queen. 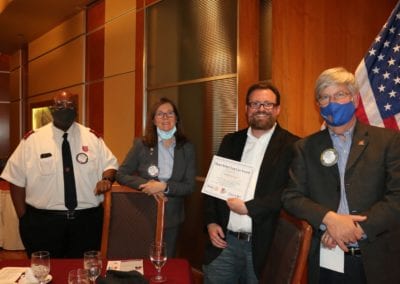 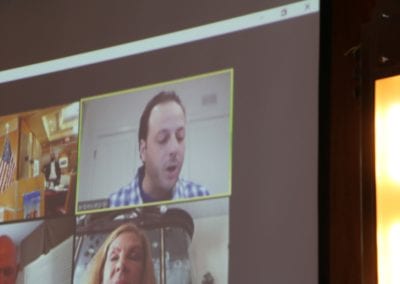 Andrew Moran zooms in the invocation.