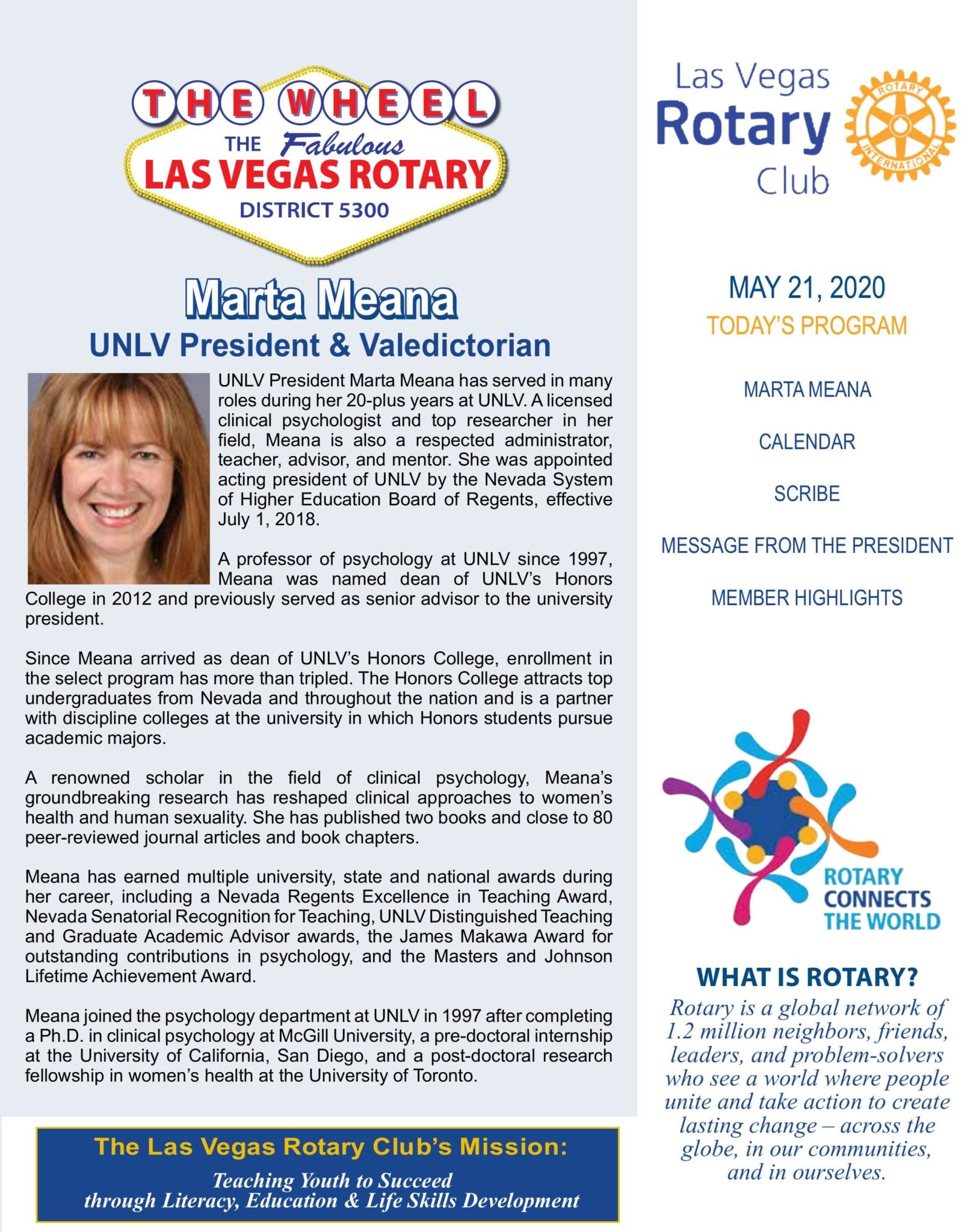 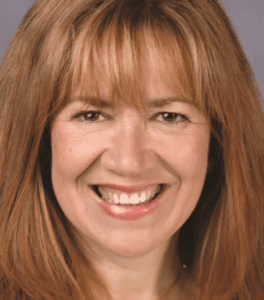 UNLV President Marta Meana has served in many roles during her 20-plus years at UNLV. A licensed clinical psychologist and top researcher in her field, Meana is also a respected administrator, teacher, advisor, and mentor. She was appointed acting president of UNLV by the Nevada System of Higher Education Board of Regents, effective July 1, 2018. A professor of psychology at UNLV since 1997, Meana was named dean of UNLV’s Honors College in 2012 and previously served as senior advisor to the university president. Since Meana arrived as dean of UNLV’s Honors College, enrollment in the select program has more than tripled. The Honors College attracts top undergraduates from Nevada and throughout the nation and is a partner with discipline colleges at the university in which Honors students pursue academic majors. A renowned scholar in the field of clinical psychology, Meana’s groundbreaking research has reshaped clinical approaches to women’s health and human sexuality. She has published two books and close to 80 peer-reviewed journal articles and book chapters. Meana has earned multiple university, state and national awards during her career, including a Nevada Regents Excellence in Teaching Award, Nevada Senatorial Recognition for Teaching, UNLV Distinguished Teaching and Graduate Academic Advisor awards, the James Makawa Award for outstanding contributions in psychology, and the Masters and Johnson Lifetime Achievement Award. Meana joined the psychology department at UNLV in 1997 after completing a Ph.D. in clinical psychology at McGill University, a pre-doctoral internship at the University of California, San Diego, and a post-doctoral research fellowship in women’s health at the University of Toronto.

Our speaker this week is one we all look forward to every year. A representative from UNLV to update us on the latest. This week’s speaker will be UNLV President Marta Meana. We can expect President Meana to discuss the year and specifically the response to Covig-19. We will also be excited to hear about the UNLV Football team playing their first season at Raiders Stadium AKA Allegiant Stadium.

We will continue with the yearly tradition of awarding the Medallion Coin to the Valedictorian when the live graduation event is scheduled.

Here is the history or our Club’s Medallion Coin.

The Las Vegas Rotary Club presented UNLV with 101 original medallions to recognize the state’s centennial celebration in 1964.The final medallion will be awarded in 2064 on Nevada’s two hundredth anniversary of statehood. Students are selected based on their Grade Point Average (GPA) and other criteria including, but not limited to, community involvement.

Some of our recent winners are:

Michelle Quizon graduates summa cum laude with a Bachelor’s in Mechanical Engineering. Her accolades include concurrently taking pre-med and engineering coursework and four fully funded research experiences, including an Amgen Scholar internship at Stanford, an NSF PIRE fellowship in South Korea, an Honors Thesis, and numerous presentations spanning the international, national, state, and university levels. UNLV Innovation magazine called Michelle a protégé. Outside of class, Michelle has served as a nationally recognized social justice advocate, Resident Assistant, Juvenile Diabetes Research Foundation volunteer, Student Rec Building Manager, Honors College Mentor, Alpha Gamma Delta Alumni Relations, and Alpha Psi Rho Sweetheart. Off campus, she is an International Powerlifting Champion and Crossfitter. On direct route to a Ph.D., Michelle has earned more than $825,000-worth of scholarships to top Bioengineering graduate programs. She has selected the Georgia Institute of Technology, nationally ranked #2. Michelle was named a President’s Fellow, an honor presented to only the top 10% of applicants, across all of Georgia Tech’s graduate programs. Michelle intends to cure diseases with regenerative medicine, using biomaterials and drug therapeutics.

For the next set of winners, place on pages 7 and 4 with spacing for adequate reading. IF needed, can be placed on page 5. Let me see asap what if anything needs to be filled in.

Leave the International Convention ad in place until further notice.

Misti K. Kooyman, a recent graduate of UNLV’s Department of Political Science, will be awarded the 2003/2004 Nevada Centennial Medallion during a luncheon sponsored by the Rotary Club of Las Vegas. The event will be held at noon on Jan. 13 at Lawry’s Prime Rib, located at 4043 Howard Hughes Parkway in Las Vegas. The Centennial Medallion is one of 101 original medallions presented to UNLV by the Rotary Club of Las Vegas in 1964 to recognize the state’s centennial celebration. The final medallion will be awarded in 2064 on Nevada’s two hundredth anniversary of statehood. Kooyman, a 2001 Cimarron-Memorial graduate, earned a 4.0-grade point average during her academic career at UNLV. Raymond Alden, executive vice president and provost at UNLV, will present Kooyman with the medallion.

Daniel M. Flores has been awarded the Nevada Centennial Medallion for the 1999-2000 academic year — a prestigious academic honor bestowed each year on the graduating UNLV senior with the highest-grade point average. The award is co-sponsored by the Las Vegas Rotary Club and UNLV. Flores, who graduated in August 1999 from UNLV’s College of Fine Arts with a Bachelor of Arts degree in music, earned a 4.0-grade point average. A 4.0 is a perfect average. Flores was presented with the medal earlier this month. A 1991 graduate of Woods Cross High School, he is from Bountiful, Utah. He is the son of L.M. and Josephine Flores.

The 1995-96 recipient of the Nevada Centennial Medallion is UNLV graduate James Min Kim. The Nevada Centennial Medallion is presented each year by the Las Vegas Rotary Club to the graduating senior from UNLV with the highest grade point average. Kim’s GPA was 4.0. Kim graduated in May 1996 with a Bachelor of Science degree in biological sciences. His minor was chemistry. He is now in his first year of medical school at the University of Southern California. A graduate of Clark High School, he is the son of Myung Kim of Las Vegas.

Henderson resident Roberta J. Barnes is the 1993-94 recipient of the Nevada Centennial Medallion, an award given annually to the UNLV graduate with the highest-grade point average. She graduated in December 1993 with a GPA of 3.99. Barnes, who earned a Bachelor of Science degree in hotel administration, is now employed at The Mirage as a management associate. The daughter of Robert and Donna Barnes of Green Valley, she is a 1989 graduate of the Southern Nevada Vocational Technical Center. The Nevada Centennial Medallion is presented each year by the Las Vegas Rotary Club.