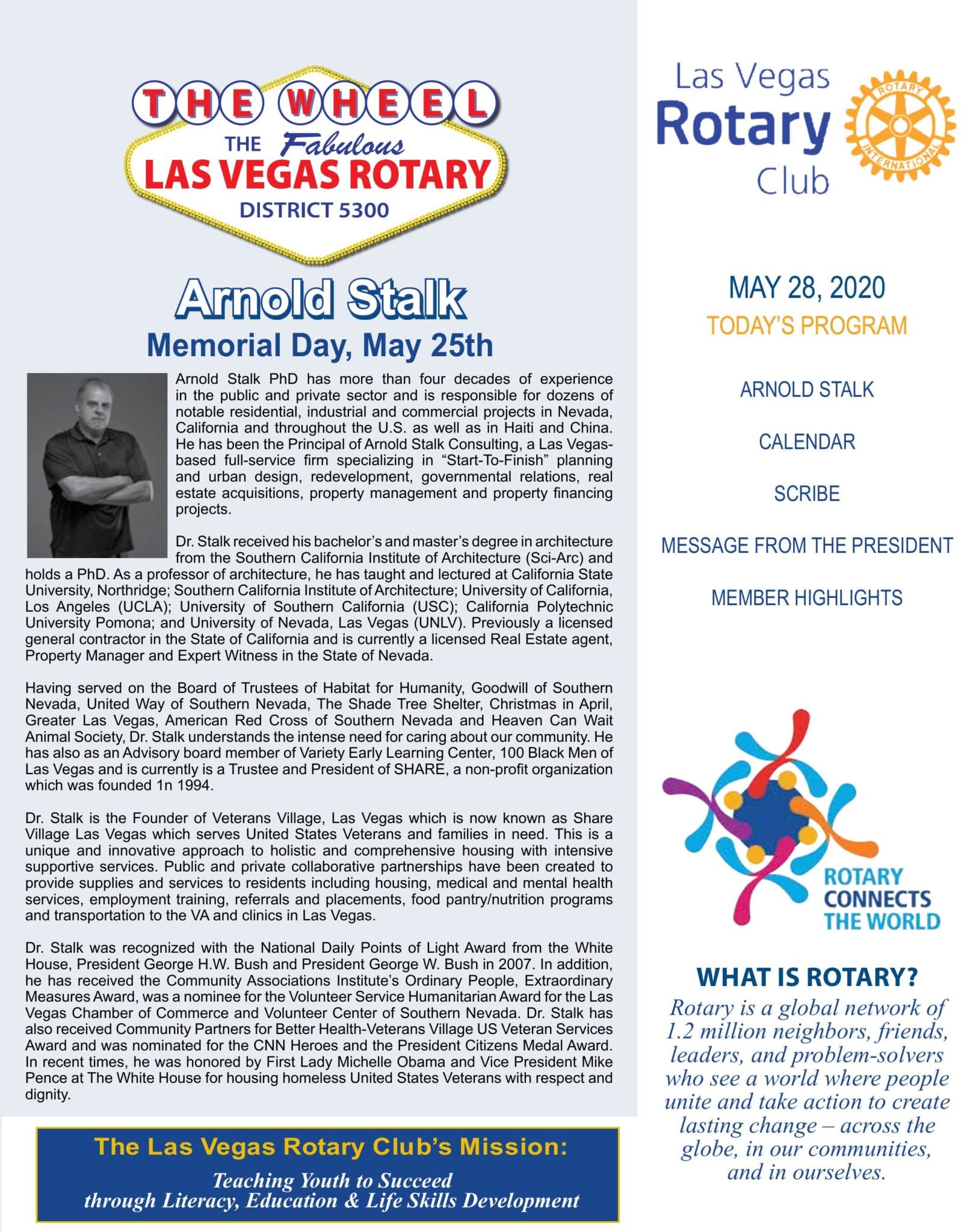 Arnold Stalk Ph.D. has more than four decades of experience in the public and private sector and is responsible for dozens of notable residential, industrial and commercial projects in Nevada, California and throughout the U.S. as well as in Haiti and China. He has been the Principal of Arnold Stalk Consulting, a Las Vegas based full-service firm specializing in “Start-To-Finish” planning and urban design, redevelopment, governmental relations, real estate acquisitions, property management, and property financing projects.

Having served on the Board of Trustees of Habitat for Humanity, Goodwill of Southern Nevada, United Way of Southern Nevada, The Shade Tree Shelter, Christmas in April, Greater Las Vegas, American Red Cross of Southern Nevada and Heaven Can Wait Animal Society, Dr. Stalk understands the intense need for caring about our community. He has also as an Advisory board member of Variety Early Learning Center, 100 Black Men of Las Vegas, and is currently is a Trustee and President of SHARE, a non-profit organization that was founded 1n 1994.

Dr. Stalk is the Founder of Veterans Village, Las Vegas which is now known as Share Village Las Vegas which serves United States Veterans and families in need. This is a unique and innovative approach to holistic and comprehensive housing with intensive supportive services. Public and private collaborative partnerships have been created to provide supplies and services to residents including housing, medical and mental health services, employment training, referrals and placements, food pantry/nutrition programs, and transportation to the VA and clinics in Las Vegas.

Dr. Stalk was recognized with the National Daily Points of Light Award from the White House, President George H.W. Bush, and President George W. Bush in 2007. In addition, he has received the Community Associations Institute’s Ordinary People, Extraordinary Measures Award, was a nominee for the Volunteer Service Humanitarian Award for the Las Vegas Chamber of Commerce and Volunteer Center of Southern Nevada. Dr. Stalk has also received Community Partners for Better Health-Veterans Village US Veteran Services Award and was nominated for the CNN Heroes and the President Citizens Medal Award. In recent times, he was honored by First Lady Michelle Obama and Vice President Mike Pence at The White House for housing homeless United States Veterans with respect and dignity.

As we celebrate Memorial Day with our amazing program today, I started to wonder how Rotary conducted and/or even survived during this time. We know our club was chartered in 1923 and by the time of World War 2, Rotary was already a recognized International service club.

The Rotary Club of Birmingham England has written history of Rotary during this time and I will quote directly from their site with an article entitled:

Leading up to the United States’ involvement in World War II, Rotary International was finding its very existence threatened in Europe. On the other side of the world the news was equally grim. As the Japanese invaded China, Rotary clubs in that region were forced to close, and the war officially erupted, entire countries fell to German or Japanese forces. It was said (in A Century of Service – The Story of Rotary International) that “484 clubs and 16,700 Rotarians were wiped off the rolls of Rotary” during this time.

In Europe, Rotary records were seized by the Gestapo and Rotarians were imprisoned. In Warsaw twelve members of the local Rotary Club were executed. Some Rotary clubs that were closed down found their members burning every record of membership. French Rotarians continued to meet secretly after Germany invaded that country. 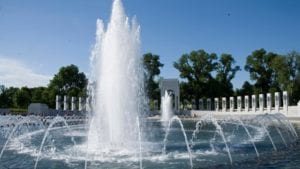 As was the case in Europe, Rotary members in the Far East were also imprisoned, but in these instances, by the Japanese. It would seem that in some areas of the world during the war it was difficult at best to be a member of Rotary.

The National Park Service, who built and maintains the World War 2 memorial in Washington DC, has written a very nice article entitled:

Realizing that a massive amount of food was needed to feed the troops, farmers from across the country went into full-production mode. Shipment after shipment was sent overseas to feed the hungry soldiers. So high was the demand for food, that it quickly became clear food rationing would have to take place within the United States. Never ones to shy away from a challenge, Americans across the country began planting “victory gardens.” Twenty million of these victory gardens popped up around the country and accounted for 40% of the vegetables consumed within the U.S. 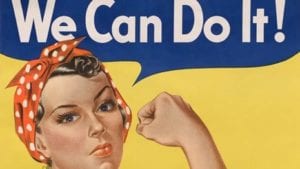 Remember “Rosie the Riveter?” Millions of women stepped into the factories to ramp up war materials production. War Bond rallies were held all over the country. Never before or since have Americans so banded together with a single purpose. This is why they are America’s Greatest Generation.

I am proud that my Father was a World War 2 veteran. I have some of his mementos and he is interred at Miramar National Cemetery. I am equally proud of all the Rotarians who stepped up and undoubtedly participated in every important effort during this time.