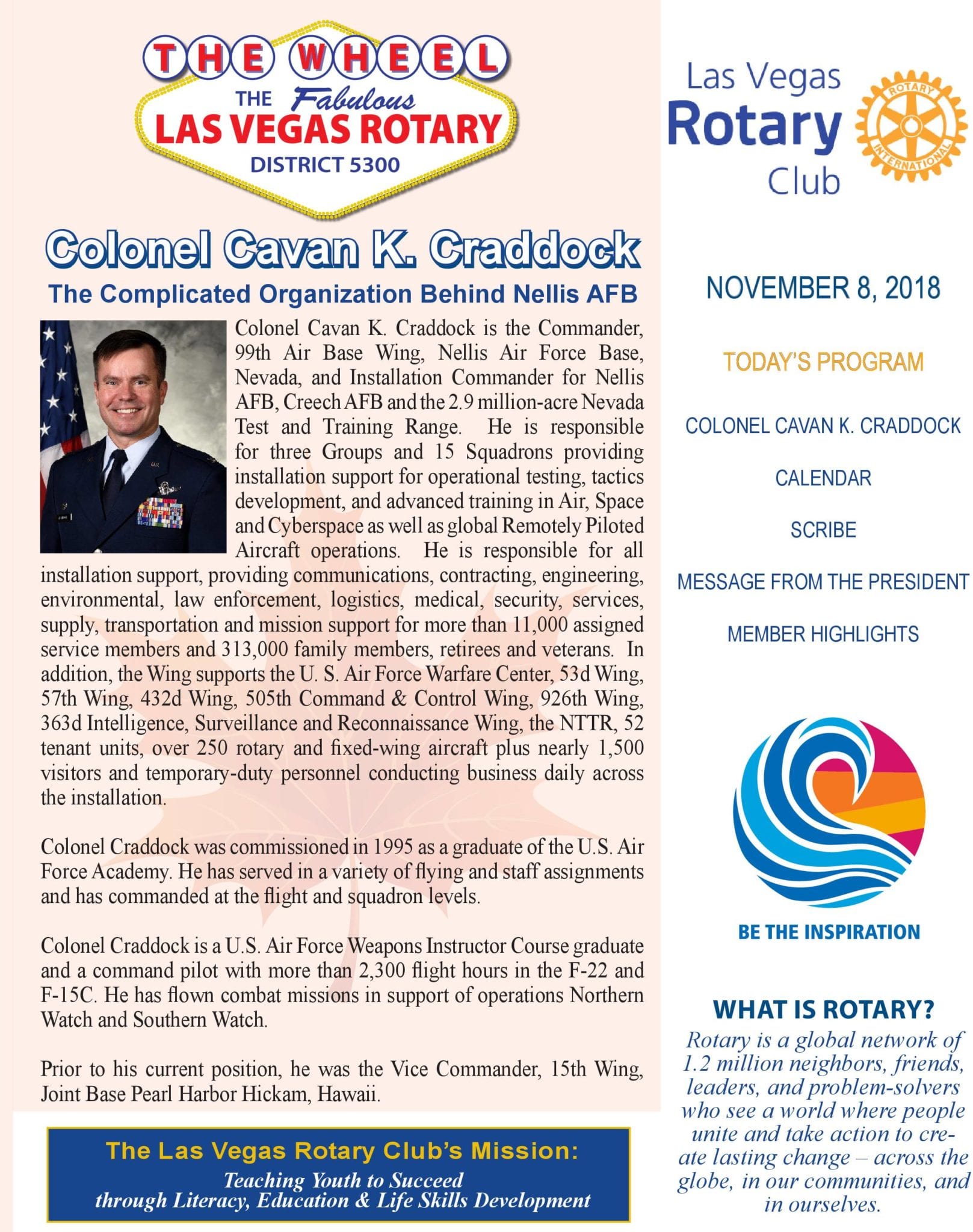 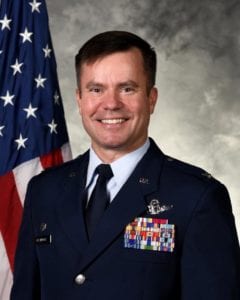 Colonel Craddock was commissioned in 1995 as a graduate of the U.S. Air Force Academy. He has served in a variety of flying and staff assignments and has commanded at the flight and squadron levels.

Colonel Craddock is a U.S. Air Force Weapons Instructor Course graduate and a command pilot with more than 2,300 flight hours in the F-22 and F-15C. He has flown combat missions in support of operations Northern Watch and Southern Watch.

Prior to his current position, he was the Vice Commander, 15th Wing, Joint Base Pearl Harbor Hickam, Hawaii.

Since its inception, the United States of America has maintained a military force to defend itself. The US military is currently composed of the Air Force, the Army, the Coast Guard, the Marine Corps, and the Navy. The US military has been maintained through both conscriptions and by volunteers. The US military is currently a volunteer force consisting primarily of young people. It takes courage for a soldier to risk life and limb for his country. The vast majority complete their service and return to civilian life expecting nothing in return.

In today’s climate of celebrating active military members and veterans, it is hard to believe that they were not always praised for their service. Veterans of the Viet Nam war came home to jeers, taunts, and protests. They were vilified and shunned for decades because the war was unpopular. Adding insult to injury is the fact that most of them were conscripted into the war. Whether we agree with the political reasons that send our young men and women to war, we should remember to thank those who served our country this Veterans Day and every Veterans Day to come. 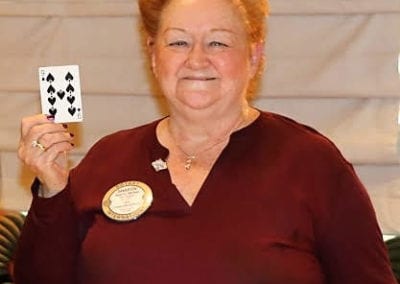 PP Sharon McNair missed her opportunity of winning the pot by pulling 9 of spades and not the Joker. 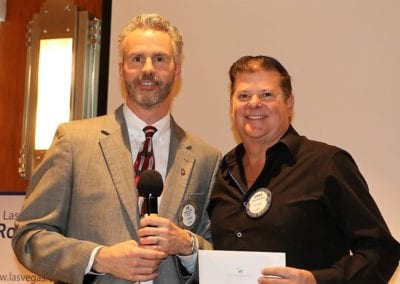 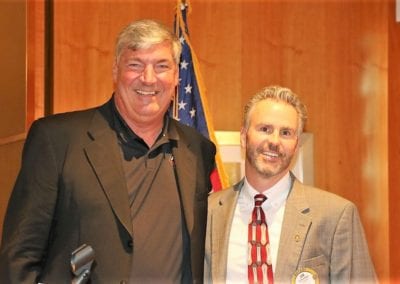 President Jim presented our speaker Bill Laimbeer with our “Share What You Can Award”. 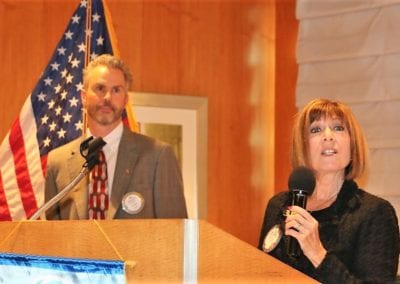 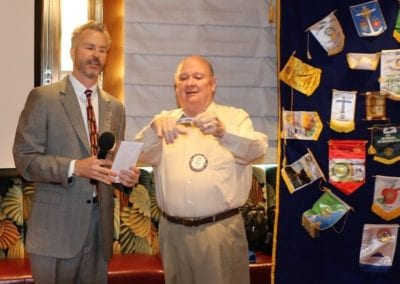 Bob Barnard won something he did not need…Lucky Guy. 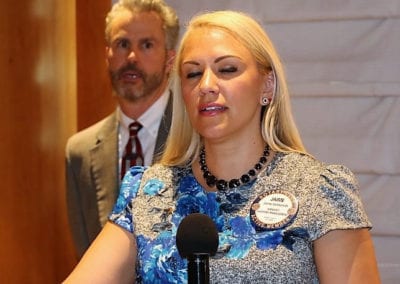 Jaime Goldsmith led us in singing “Blowin’ in the Wind”. 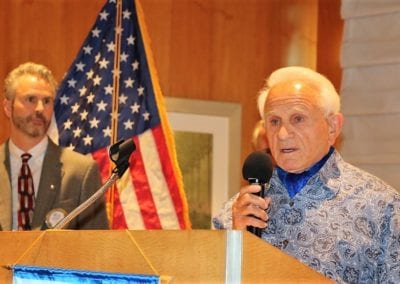 Jerry Engel explained how to donate to the JA Tiberti Fellowship program that already has 131 donors from our Rotary Club. 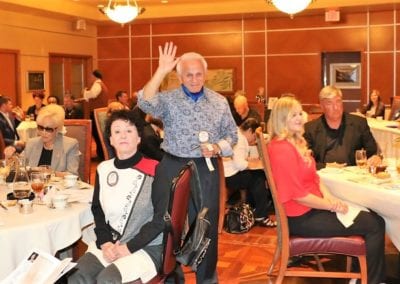 Jerry Engel won the Lawry Bucks to dine with an extra $50. 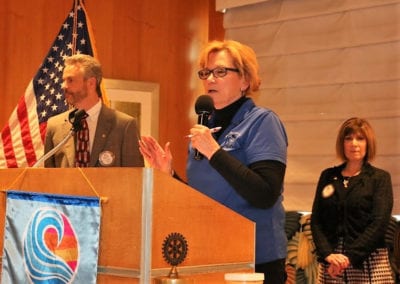 Mary Wilson with Spread the Word Nevada explained the need for mentor volunteers. 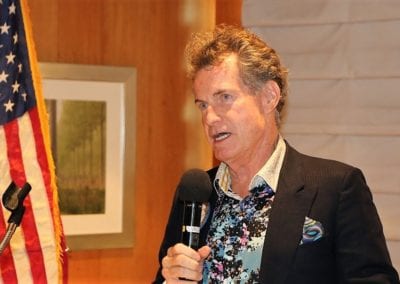 Michael Williams led us in prayer. 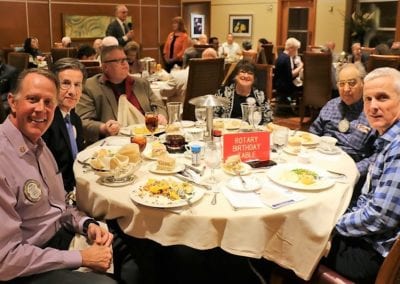 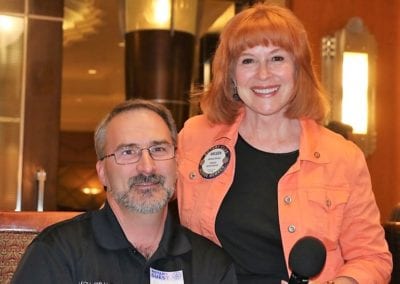 Our Sergeant At Arms Arleen Sirois was joined for lunch by her husband Mike. 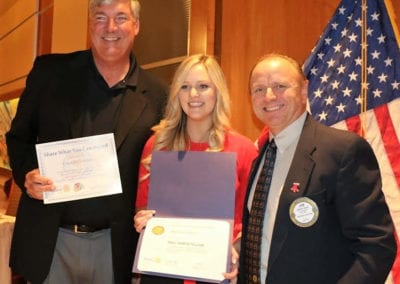 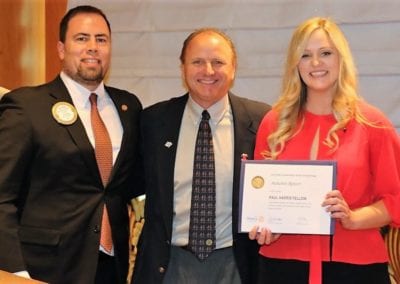 PP Michael Gordon and Jim Hunt present August Spicer with a Paul Harris Fellow for her participation in our Santa Clothes program.