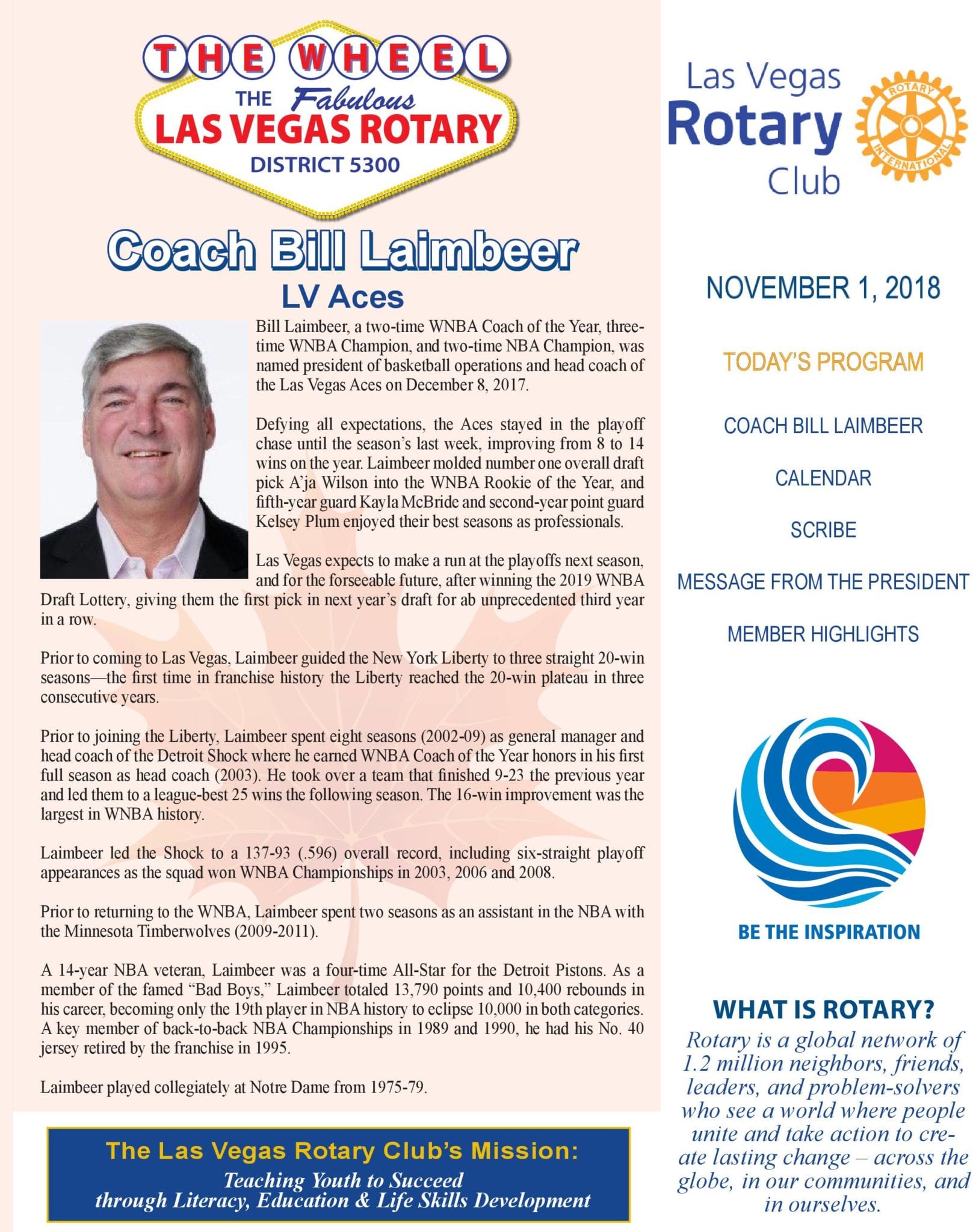 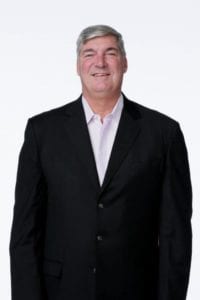 Defying all expectations, the Aces stayed in the playoff chase until the season’s last week, improving from 8 to 14 wins on the year. Laimbeer molded number one overall draft pick A’ja Wilson into the WNBA Rookie of the Year, and fifth-year guard Kayla McBride and second-year point guard Kelsey Plum enjoyed their best seasons as professionals.

Las Vegas expects to make a run at the playoffs next season, and for the foreseeable future, after winning the 2019 WNBA Draft Lottery, giving them the first pick in next year’s draft for an unprecedented third year in a row.

Prior to joining the Liberty, Laimbeer spent eight seasons (2002-09) as general manager and head coach of the Detroit Shock where he earned WNBA Coach of the Year honors in his first full season as head coach (2003). He took over a team that finished 9-23 the previous year and led them to a league-best 25 wins the following season. The 16-win improvement was the largest in WNBA history.

Prior to returning to the WNBA, Laimbeer spent two seasons as an assistant in the NBA with the Minnesota Timberwolves (2009-2011). 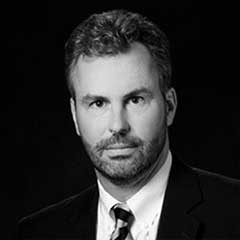 One of Rotary International’s six areas of focus is to make high-quality health care available to vulnerable mothers and children so they can live longer and grow stronger. It is estimated that 5.9 million children under the age of five die each year because of malnutrition, inadequate health care, and poor sanitation — all of which can be prevented. Your donations to Rotary International provides education, immunizations, birth kits, and mobile health clinics to mothers so that they have a better chance of keeping their children alive. Rotary International volunteers teach women how to prevent mother-to-infant HIV transmission, how to breastfeed, and how to protect themselves and their children from disease.

The Rotary Clubs of Registro-Ouro and Registro partnered on a Rotary Foundation global grant with two clubs in Nakatsugawa, Japan. Through the partnership, Brazilian Rotarians raised $172,500 which was used to purchase equipment for the hospital’s neonatal intensive care unit (NICU); doubling the hospital’s capacity to care for fragile newborns. The Rotary Club of Kharkiv Multinational in Ukraine sponsored Vacation 2017 Zakopane: Well-Being for Ukrainian Kids. The camp included traditional camp activities and support from mental health professionals to help children who witnessed the death of a family member cope with growing up in a war zone. The Sebastopol, California Sunrise Rotary Club sponsors telemedicine in Nigeria. Thanks to a global grant from The Rotary Foundation, a team of healthcare professionals from Nigeria has been trained in telemedicine and are treating needy patients in rural portions of the country that would otherwise not have any physicians. Through its numerous and varied projects, Rotary International helps to improve the lives of women and children around the world. 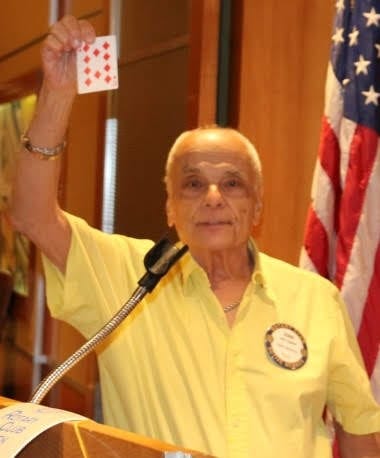 John Ingeme the most lucky ticket winner misses another chance at the Joker. 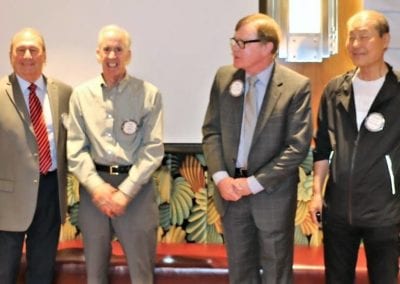 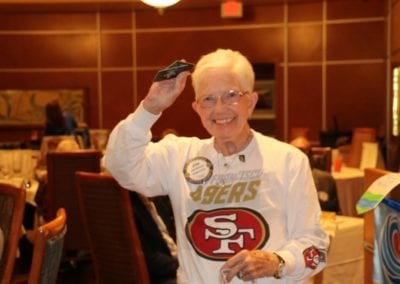 Joan Murdock wins the drawing for the weekly Lawry Bucks. 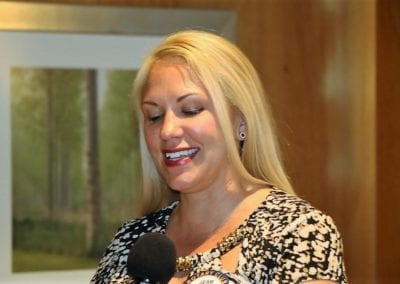 Jaime Goldsmith led us in song with “Home Means Nevada”. 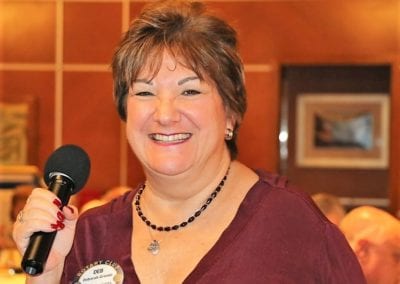 Deb Granda gave us an update of the upcoming Holiday Party. 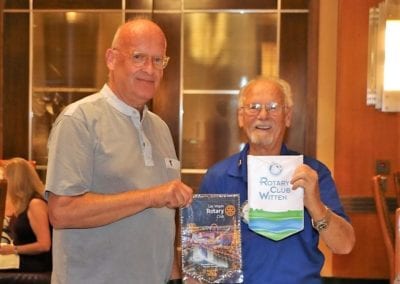 Bob Werner exchanges banners with our guest from Witten, Germany. 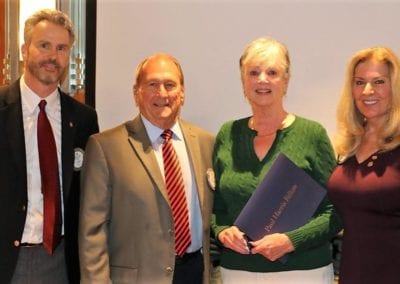 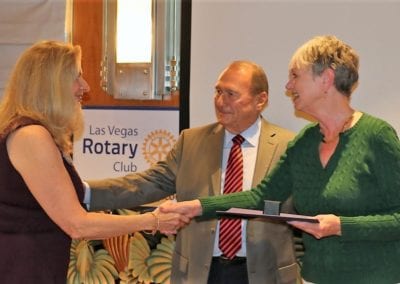 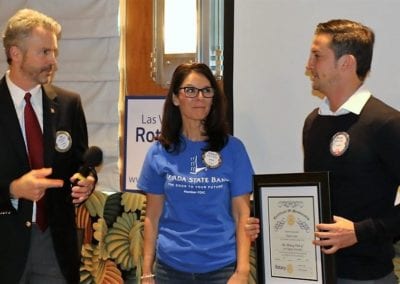 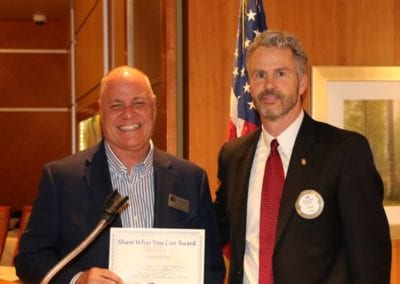 President Jim presents our speaker Steve Schmitt with our Share What You Can Award. 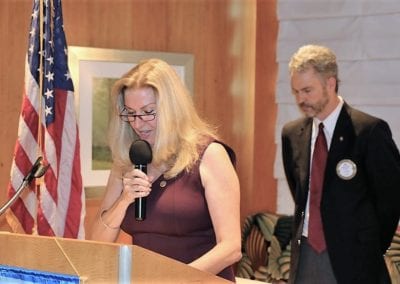 President Elect Jackie Thornhill opened our meeting with a prayer. 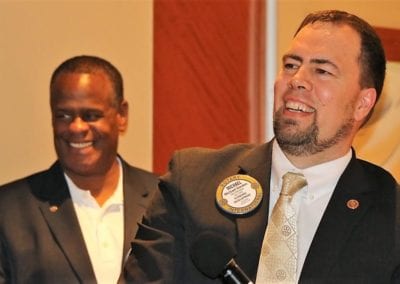 Past President Michael Gordon is recognized for his two awards for achievement in Service from UNLV. 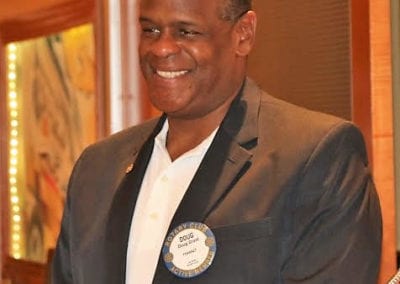 Our Sergeant At Arms was Doug Grant.

President Jim Kohl called the meeting to order. PE Jackie Thornhill gave the invocation. Jaime Goldsmith led the club in singing our State Song, Home Means Nevada, followed by President Jim leading us in the Pledge of Allegiance. The Sergeant at Arms was Doug Grant.