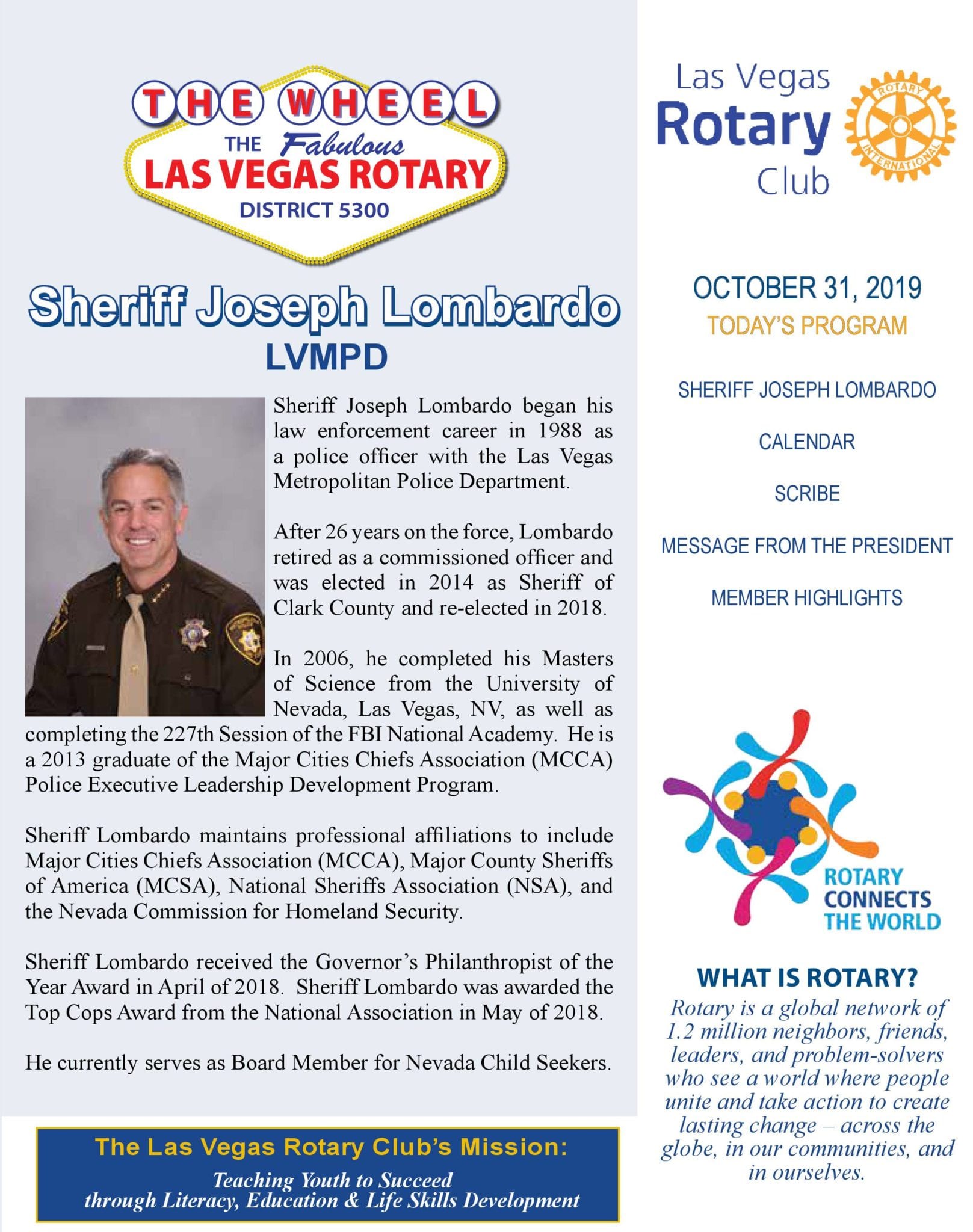 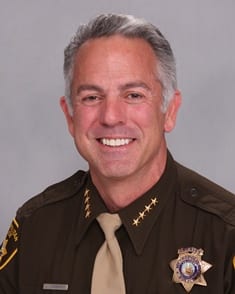 Sheriff Joseph Lombardo began his law enforcement career in 1988 as a police officer with the Las Vegas Metropolitan Police Department (LVMPD). He was promoted to the position of Police Sergeant in 1996. During his time as a Sergeant, Sheriff Lombardo was awarded the Meritorious Service Award for outstanding service to the Las Vegas community.

Sheriff Lombardo was promoted to the position of Lieutenant in 2001 and served the department in various capacities at this rank, including Patrol Lieutenant, Executive Lieutenant to the Sheriff, and Search/Rescue Commander. Sheriff Lombardo was promoted to Captain in 2006 and served as the Bureau Commander for the Southwest Area Command and subsequently, the Bureau Commander for Homeland Security.

In 2008, Sheriff Lombardo was appointed as a Deputy Chief, serving as Division Commander of Support Operations, and he eventually became the Division Commander of the Patrol Division. His tasks included overseeing Special Weapons and Tactics (SWAT), canine units, traffic, air support, and vice/narcotics programs.

Sheriff Lombardo was promoted to the position of Assistant Sheriff in 2011, where he was responsible of the Law Enforcement Services Group. This position manages the Administrative and Sciences, Professional Standards, and Technology and Support Divisions. Additionally, he managed the build-out and implementation of the new Project 25 Simulcast Phase II radio system for the LVMPD. After 26 years on the force, Lombardo retired as a commissioned officer and was elected in 2014 as Sheriff of Clark County.

In 2006, he completed his Masters of Science from the University of Nevada, Las Vegas, NV, as well as completing the 227th Session of the FBI National Academy. He is a 2013 graduate of the Major Cities Chiefs Association (MCCA) Police Executive Leadership Development Program. 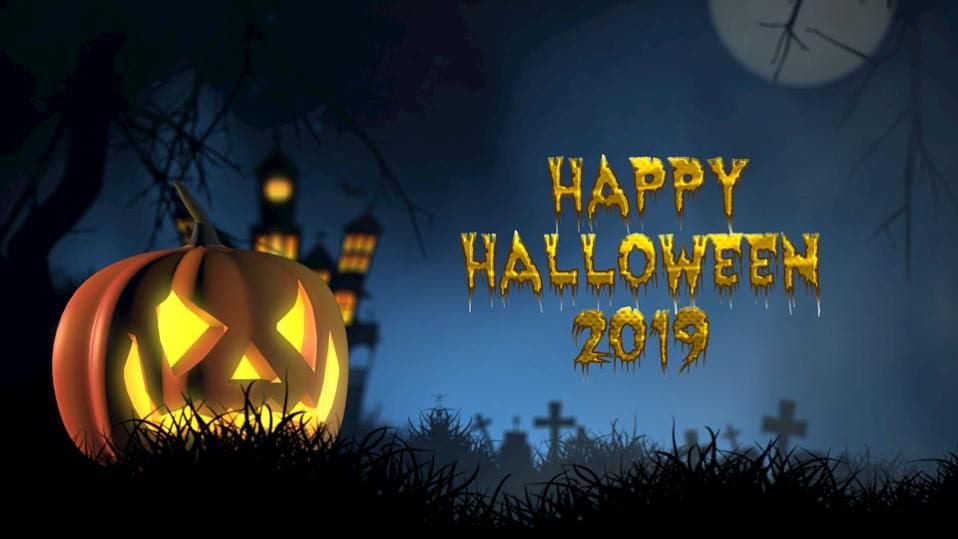 How did Halloween come about?

Halloween is an annual holiday celebrated each year on October 31, and Halloween 2019 occurs on Thursday, October 31. For many people I know, it is their favorite holiday! Its origins began centuries ago with the ancient Celtic festival of Samhain, when people would light bonfires and wear costumes to ward off ghosts. In the eighth century, Pope Gregory III designated November 1 as a time to honor all saints. All Saints Day, now a Catholic Holy Day followed by All Souls Day, incorporated some of the traditions of Samhain. The evening before was known as All Hallows Eve, and later Halloween. Over time, Halloween evolved into a day of activities like trick-or-treating, carving jack-o-lanterns, festive gatherings, donning costumes and eating treats, all the fun stuff!

How did the practice of Trick-or-Treating begin?

Borrowing from European traditions, Americans began to dress up in costumes and go house to house asking for food or money, a practice that eventually became today’s “trick-or-treat” tradition. I remember as a kid asking for “pennies for UINCEF,” a United Nations children’s fund still in place today. Trick-or-Treat for money and candy of course!

By the 1920s and 1930s, Halloween had become a secular but community-centered holiday, with parades and town-wide Halloween parties as the featured entertainment. What about the Trick part of Trick-or-Treat? Between 1920 and 1950, the centuries-old practice of trick-or-treating was also revived. Trick-or-treating was a relatively inexpensive way for an entire community to share the Halloween celebration. In theory, families could also prevent tricks being played on them by providing the neighborhood children with small treats. Well?
Did it work?

Thus, a new American tradition was born, and it has continued to grow. Today, Americans spend an estimated $6 billion annually on Halloween, making it the country’s second largest commercial holiday after Christmas.

Scary Halloween movies have a long history of being box office hits. Classic Halloween movies include “Halloween” and slasher films like “Scream,” “Nightmare of Elm Street,” and “Friday the 13th,” parts 1 through 25 it seemed!

Today’s Halloween ghosts are often depicted as more fearsome and malevolent, and our customs and superstitions are scarier too. We avoid crossing paths with black cats, afraid that they might bring us bad luck, and walking under ladders, watch out Jerry! 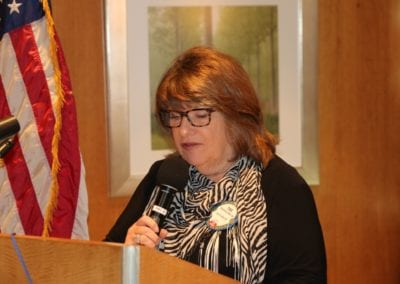 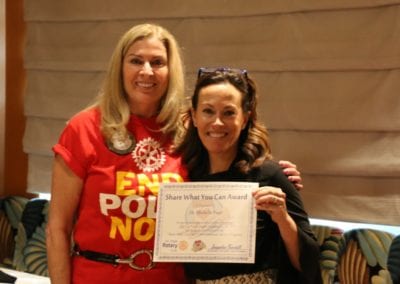 President Jackie presented our speaker Dr. Michelle Paul with our “Share What You Can Award”. 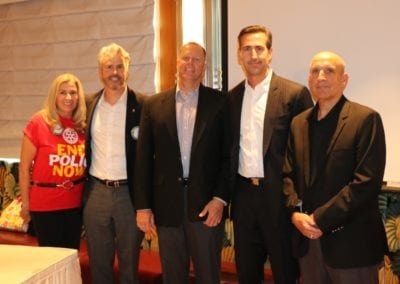 President Jackie and PP Jim Kohl presented a check for $12,500 to the YMCA of Southern Nevada. 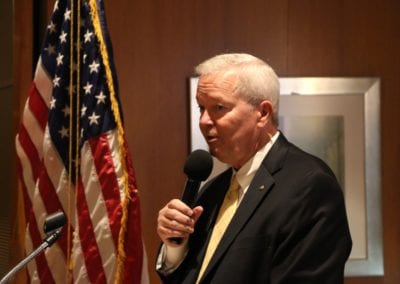 PP Randy Campanale informed us that our foundation fund is currently at $2.2 Million. 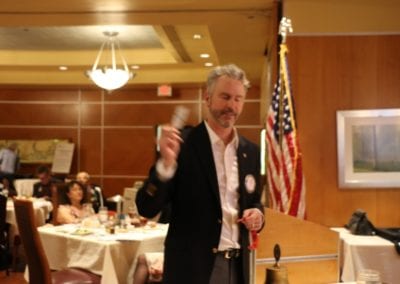 PP Jim Kohl missed the shot at the Joker. 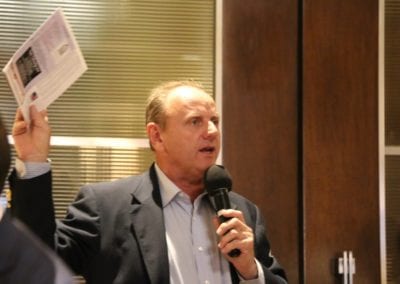 PP Jim Hunt reminded us of the upcoming cigar social get together. 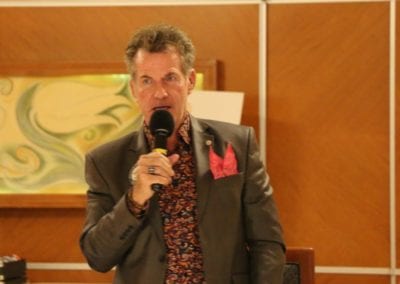 Michael Williams announced that there are only a few tickets left for the Peace Conference. 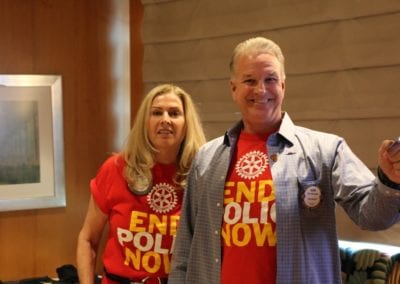 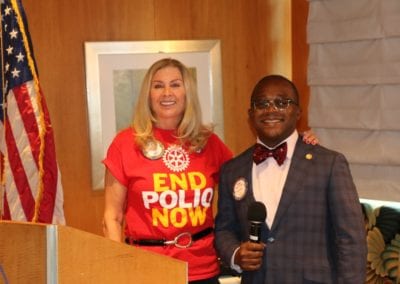 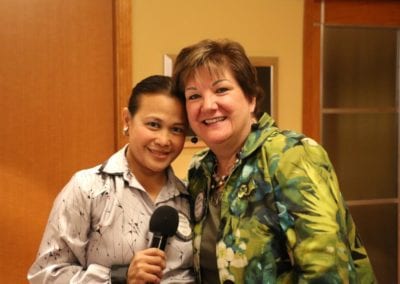 Jimmelle and our Sergeant-At-Arms Deb Granda team up for a photo moment. 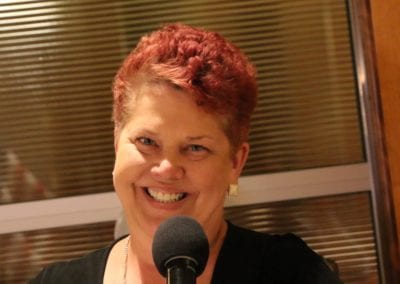 Janice Lencke brought us up to date on our annual fundraiser. 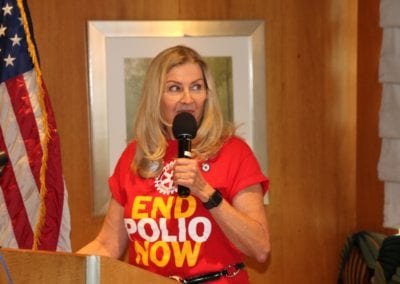 It is that time again…lets load up the Polio Pig for a last push to eradicate polio. 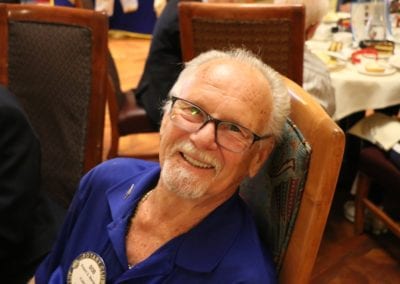 Bob Werner was complaining about never getting his picture taken. 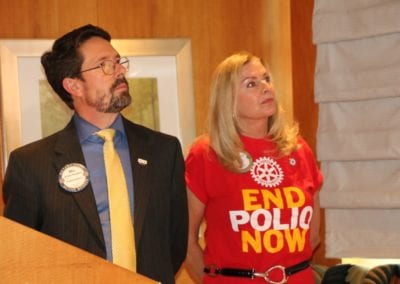 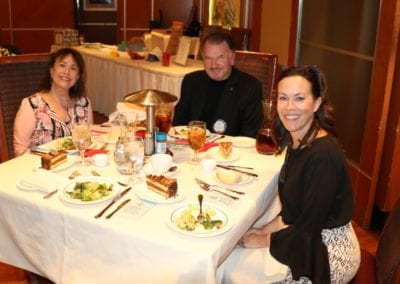