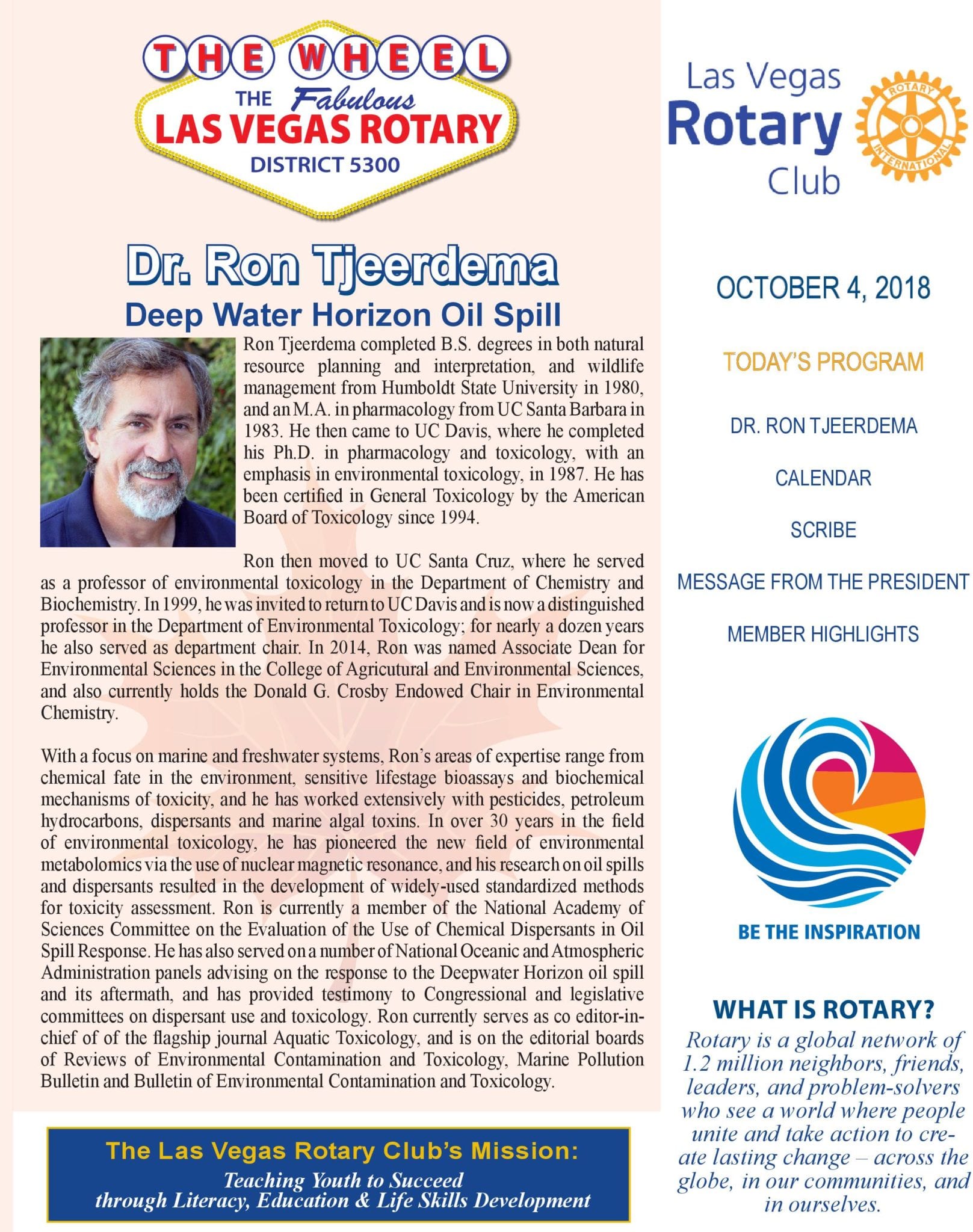 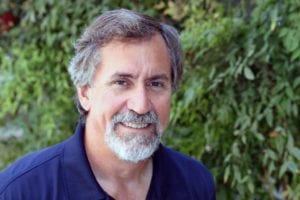 Ron Tjeerdema completed B.S. degrees in both natural resource planning and interpretation, and wildlife management from Humboldt State University in 1980, and an M.A. in pharmacology from UC Santa Barbara in 1983. He then came to UC Davis, where he completed his Ph.D. in pharmacology and toxicology, with an emphasis in environmental toxicology, in 1987. He has been certified in General Toxicology by the American Board of Toxicology since 1994.

With a focus on marine and freshwater systems, Ron’s areas of expertise range from chemical fate in the environment, sensitive life stage bioassays and biochemical mechanisms of toxicity, and he has worked extensively with pesticides, petroleum hydrocarbons, dispersants and marine algal toxins. In over 30 years in the field of environmental toxicology, he has pioneered the new field of environmental metabolomics via the use of nuclear magnetic resonance, and his research on oil spills and dispersants resulted in the development of widely-used standardized methods for toxicity assessment. Ron is currently a member of the National Academy of Sciences Committee on the Evaluation of the Use of Chemical Dispersants in Oil Spill Response. He has also served on a number of National Oceanic and Atmospheric Administration panels advising on the response to the Deepwater Horizon oil spill and its aftermath and has provided testimony to Congressional and legislative committees on dispersant use and toxicology. Ron currently serves as co-editor-in-chief of the flagship journal Aquatic Toxicology and is on the editorial boards of Reviews of Environmental Contamination and Toxicology, Marine Pollution Bulletin and Bulletin of Environmental Contamination and Toxicology.

On October 1, 2018, Stephen Paddock (“Paddock”) murdered 58 innocent people and injured more than 500 others who were attending the Route 91 Harvest Festival concert. The concert was held across the street from the Mandalay Bay Hotel and Casino. Paddock prepared for the massacre for several days by bringing 23 guns and thousands of rounds of ammunition into his hotel room in the Mandalay Bay. The hotel room overlooked the concert site. Paddock had rifles that were outfitted with bump-stocks, a modification that allowed him to fire the rifles like machine guns. Paddock perpetrated the worst shooting in modern history. To this date, authorities have not been able to attribute a motive to Paddock’s actions. Paddock was evil incarnate.

I remember waking up on October 2, 2017, and being in utter shock and disbelief that something so horrible had happened in our city. Sadly, it was not the first, nor was it the last of these senseless acts. Since August 1, 1966, there have been 155 mass shootings in the United States in which four or more people were killed by a shooter (not counting gang violence and robberies). 1,107 people have been killed in mass shootings and unfortunately, that number is certain to increase. The script remains the same with only the location of the shootings changing.

As we remember the massacre victims we need to ask ourselves how we got to this point of monthly mass shootings and how can we as Rotarians help to fix this problem with our society. 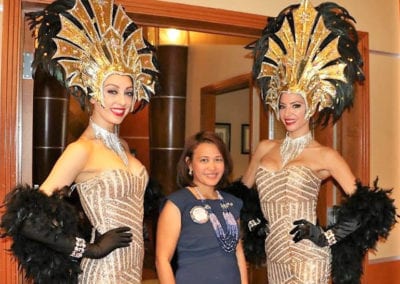 Jimmelle the tall and short of it. 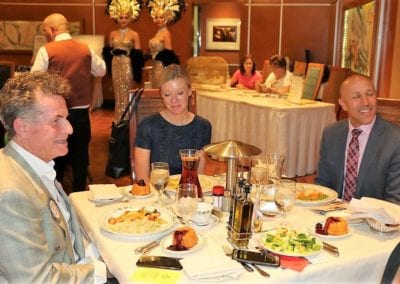 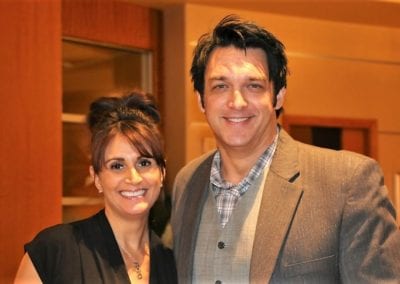 Our Showgirl greeters were provided by Matt Lewis of Simonwill Entertainment. 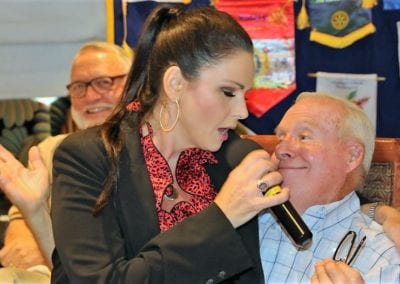 Steve Dixon enjoyed the company of our singing entertainer Jennifer. 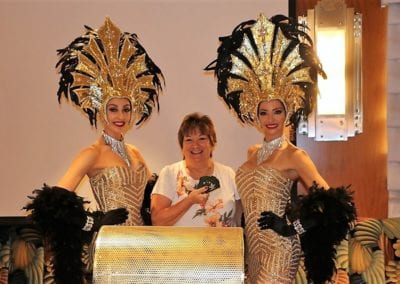 Rotarian of the Month Deb Granda was joined by our visiting Showgirls and with the help of our speaker Patrick Miller, pulled the raffle winners name. Plus she won some Lawry’s Bucks. 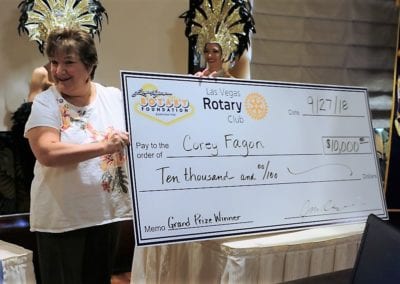 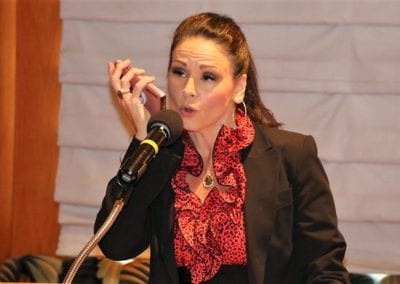 Cory was contacted via telephone by our Sergeant At Arms Jennifer. 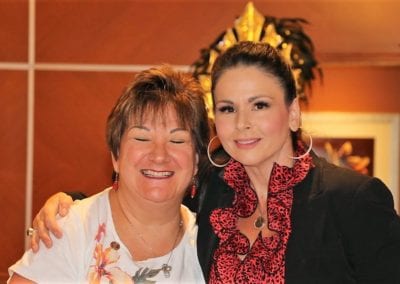 Our Sergeant At Arms was Jennifer Lier the President of National Keynote Speakers. She joined Deb Granda for a picture. 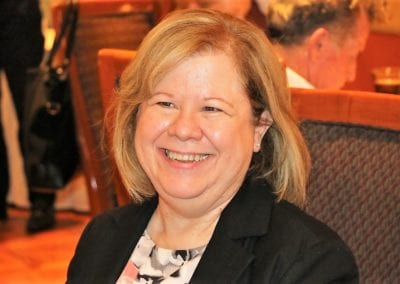 We were happy to see past member Debbie Donaldson visiting us. 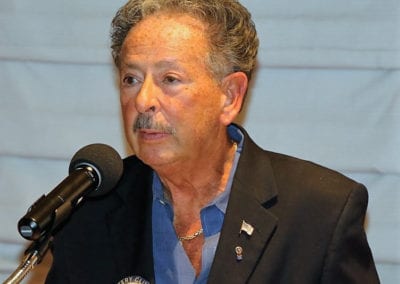 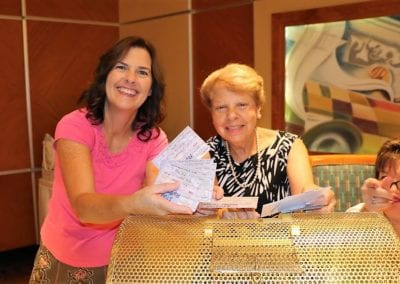 Our Fundraising Raffle organizers Marie, Deb, Jackie, and Shawn were happy about the turnout. 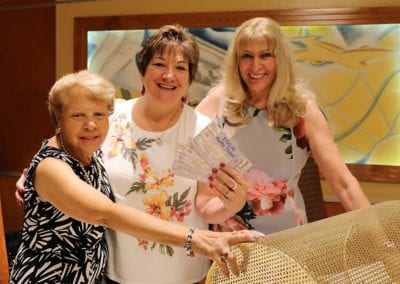 Our Fundraising Raffle organizers Marie, Deb Jackie, and Shawn were happy about the turnout. 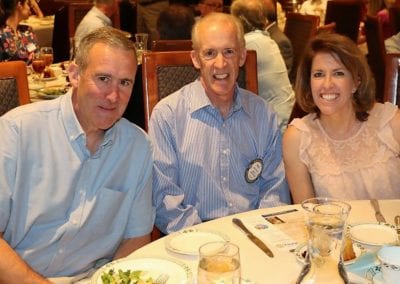 Paul Maffey was joined for lunch by his brother John and his daughter Kathryn. 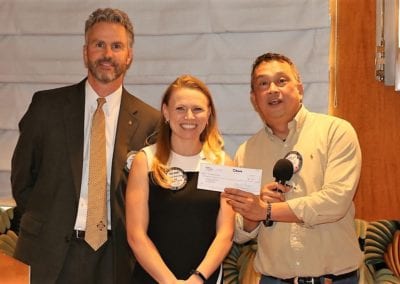 President Jim and Melanie Muldowney presented a check to Mike Cudiamat to be used in a medical Clinic in the Philippines. 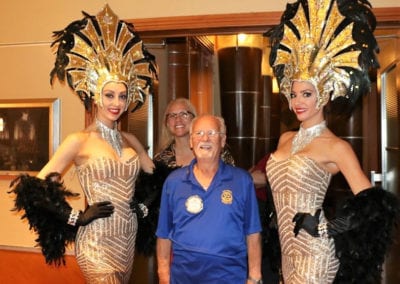 Our greeters and Showgirls were a hit with Bob and photo bomber Jaime. 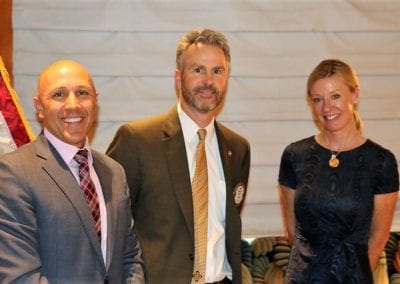 President Jim presented our speakers Elizabeth Harlow and Patrick Miller from park MGM with our Share What You Can Award. 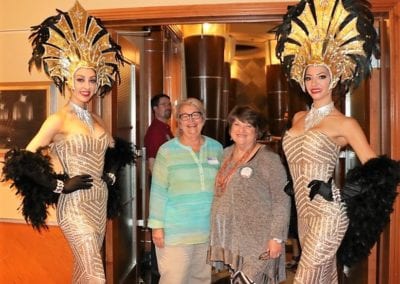 Tina and her guest Kathy Dean. 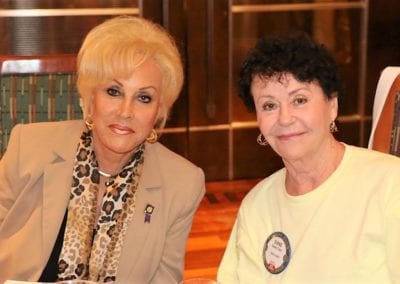