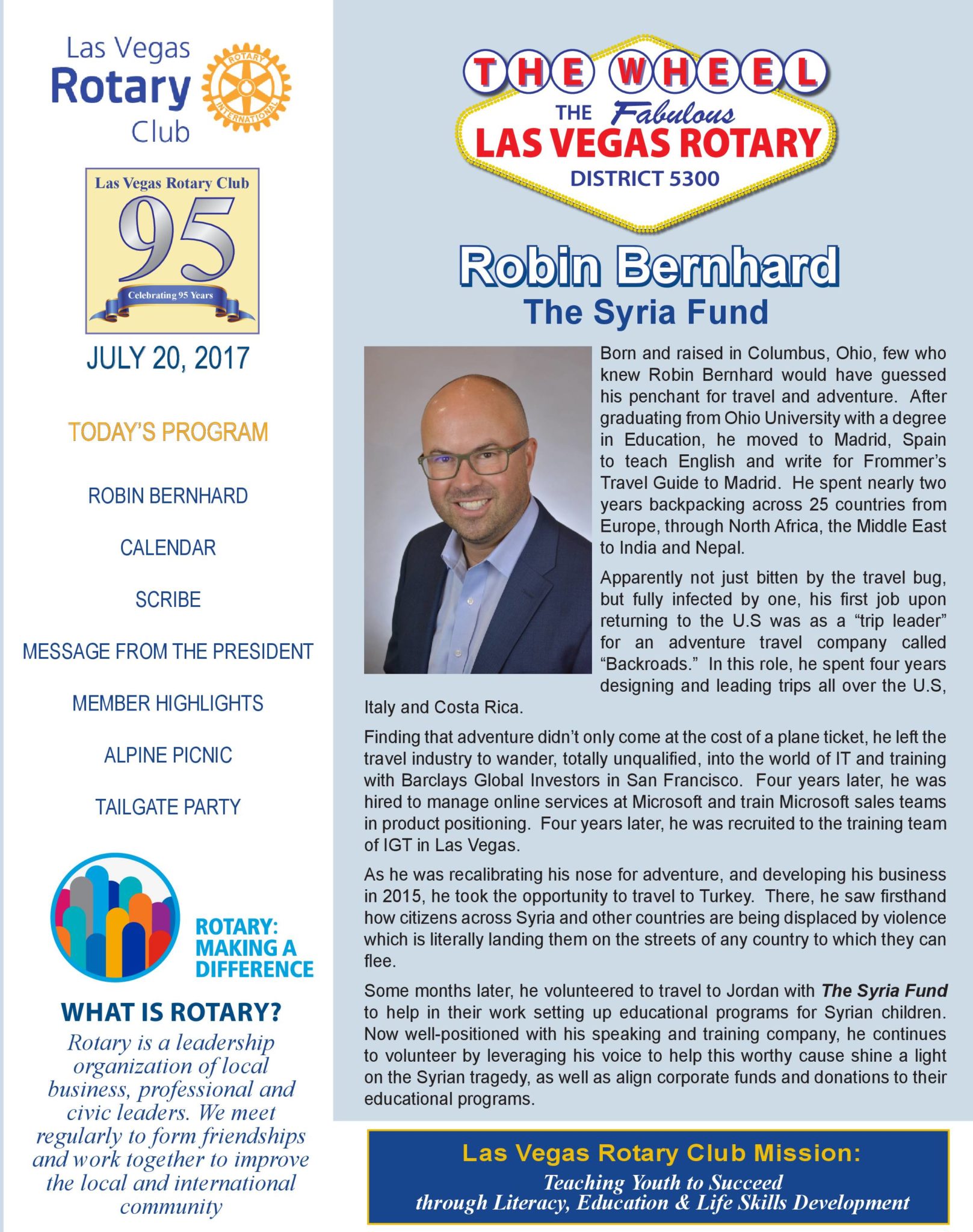 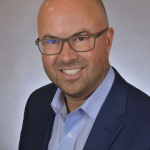 Born and raised in Columbus, Ohio, few who knew Robin Bernhard would have guessed his penchant for travel and adventure. After graduating from Ohio University with a degree in Education, he moved to Madrid, Spain to teach English and write for Frommer’s Travel Guide to Madrid. He spent nearly two years backpacking across 25 countries from Europe, through North Africa, the Middle East to India and Nepal.

Apparently not just bitten by the travel bug, but fully infected by one, his first job upon returning to the U.S was as a “trip leader” for an adventure travel company called “Backroads.” In this role, he spent four years designing and leading trips all over the U.S,

Italy and Costa Rica.
Finding that adventure didn’t only come at the cost of a plane ticket, he left the travel industry to wander, totally unqualified, into the world of IT and training with Barclays Global Investors in San Francisco. Four years later, he was hired to manage online services at Microsoft and train Microsoft sales teams in product positioning. Four years later, he was recruited to the training team of IGT in Las Vegas.

As he was recalibrating his nose for adventure, and developing his business in 2015, he took the opportunity to travel to Turkey. There, he saw firsthand
how citizens across Syria and other countries are being displaced by violence which is literally landing them on the streets of any country to which they can flee.

Some months later, he volunteered to travel to Jordan with The Syria Fund to help in their work setting up educational programs for Syrian children. Now well-positioned with his speaking and training company, he continues to volunteer by leveraging his voice to help this worthy cause shine a light
on the Syrian tragedy, as well as align corporate funds and donations to their educational programs.

We wanted to share with you the results of your sponsorship for the fall 2016 in this report. Our most exciting news to share with you though is that Junior Achievement of Southern Nevada was officially gifted the Finance Park Mobile Unit at the end of this past run. What does this mean for our community? It now means that with your continued support we will be able to grow the operating days and reach even more students! In order to do that we will be opening next time in January 2018. This way we have more days with students in school to expand into. We plan to expand by at least 5 more days which will be approximately 500 more kids impacted! We are hopeful
you will continue to be our partner as we expand the program. 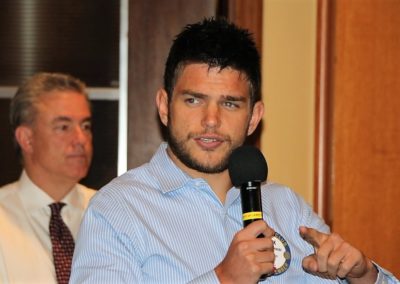 Erik Astremecki informed us of the UNLV tailgate party on September 30. 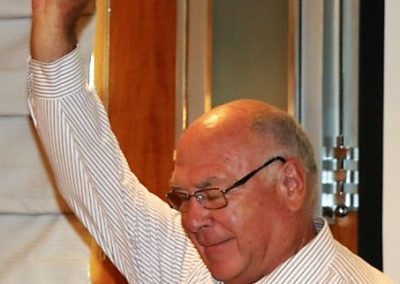 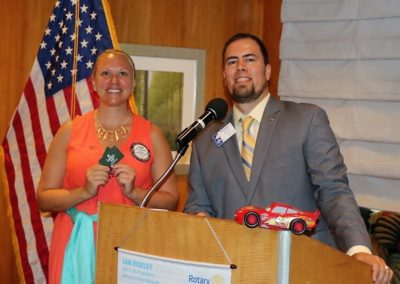 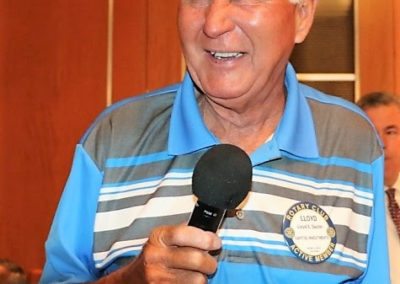 Lloyd was recognized and fined for his longevity in our club. 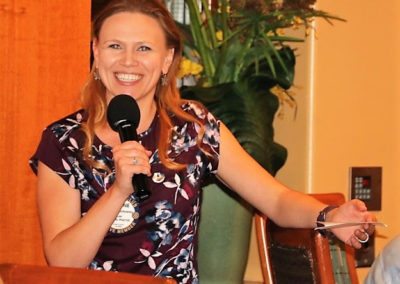 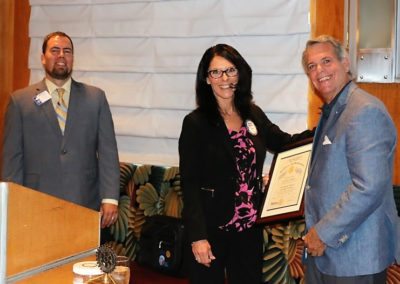 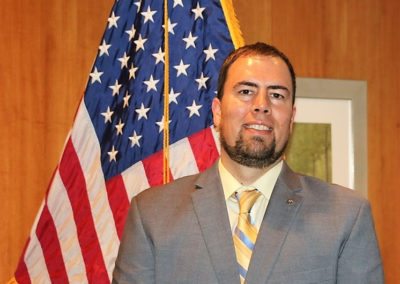 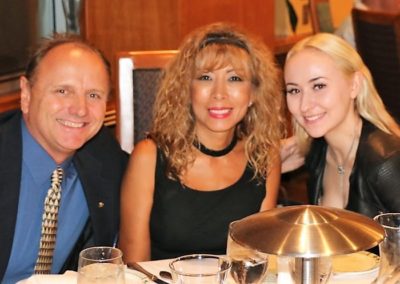 Jim Hunt and his lady friend Leslie was enjoyed lunch with his daughter Elizabeth. 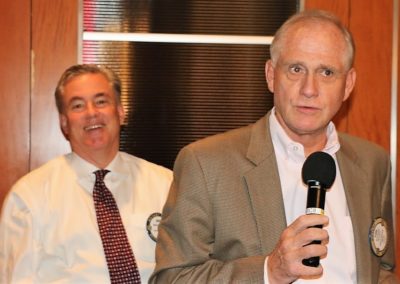 Tom Axtell announced that PBS needs volunteers for the Telethon. 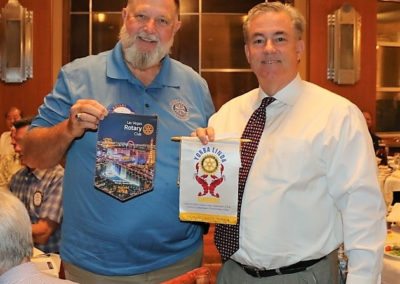 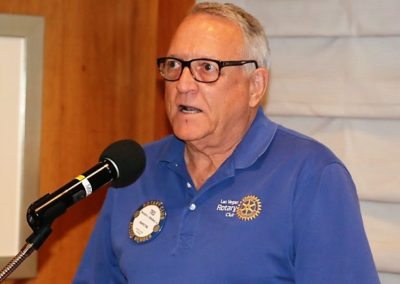 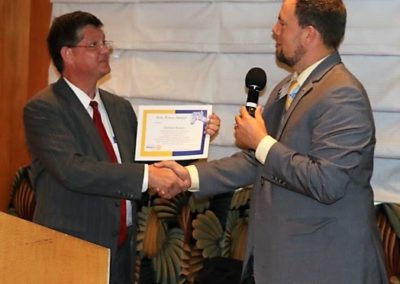 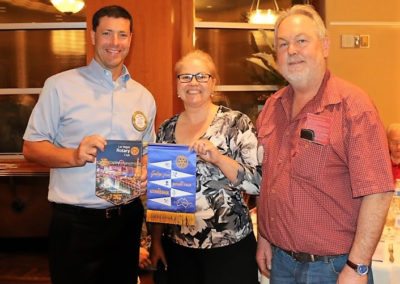 Past President Dave exchanged flags with our international guests from Australia. 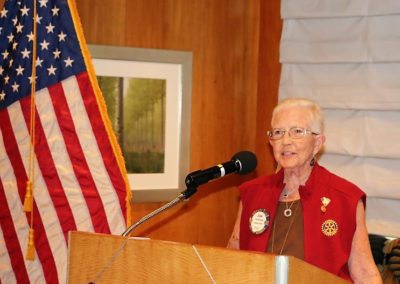 Joan Murdock led us in reciting the 4-Way test. 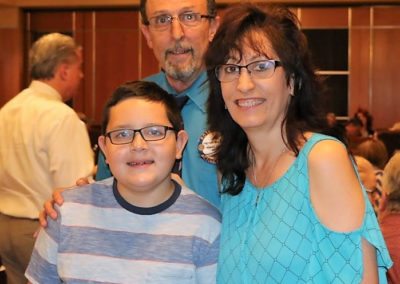 Al Wagner was joined in fellowship with his wife Luanne and his grandson.