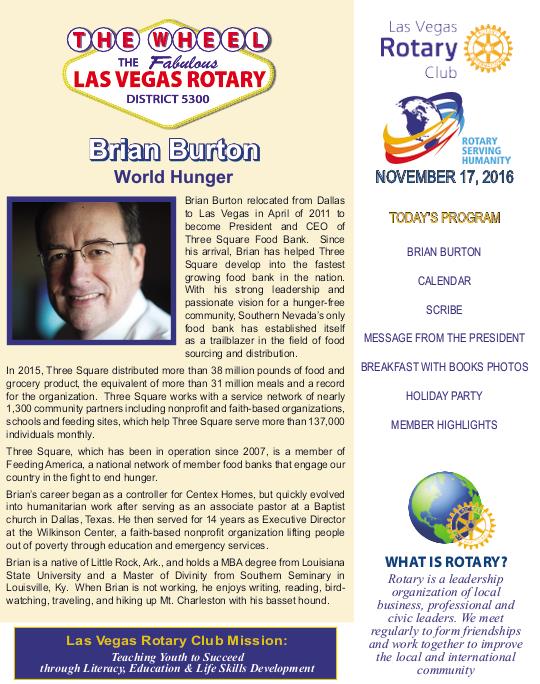 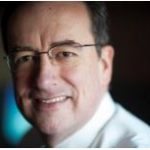 Brian Burton relocated from Dallas to Las Vegas in April of 2011 to become President and CEO of Three Square Food Bank.  Since his arrival, Brian has helped Three Square develop into the fastest growing food bank in the nation. With his strong leadership and passionate vision for a hunger-free community, Southern Nevada’s only food bank has established itself as a trailblazer in the field of food sourcing and distribution.

In 2015, Three Square distributed more than 38 million pounds of food and grocery product, the equivalent of more than 31 million meals and a record for the organization.  Three Square works with a service network of nearly 1,300 community partners including nonprofit and faith-based organizations, schools and feeding sites, which help Three Square serve more than 137,000 individuals monthly.

Three Square, which has been in operation since 2007, is a member of Feeding America, a national network of member food banks that engage our country in the fight to end hunger.

Brian’s career began as a controller for Centex Homes, but quickly evolved into humanitarian work after serving as an associate pastor at a Baptist church in Dallas, Texas. He then served for 14 years as Executive Director at the Wilkinson Center, a faith-based nonprofit organization lifting people out of poverty through education and emergency services.

Brian is a native of Little Rock, Ark., and holds a MBA degree from Louisiana State University and a Master of Divinity from Southern Seminary in Louisville, Ky.  When Brian is not working, he enjoys writing, reading, bird-watching, traveling, and hiking up Mt. Charleston with his basset hound. 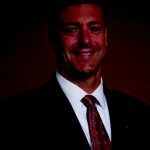 With the grand finale of the Canned Food Drive next week and TLC and Santa Clothes just around the corner, we are now into the thick our service projects calendar. I would like to reflect on our Club’s Mission for moment and tie that in to my experience this week at Breakfast with Books at Beckley.

As a reminder, our Mission is:
“Teaching Youth to Succeed through Literacy, Education & Life Skills Development”

Clearly it is hard to teach kids anything if they are hungry or cold so our Canned Food Drive and Santa Clothes are both foundational in making our mission possible. With that base established, we provide a broad range of services focused directly on our mission.

At the elementary school level, we now work with four different atrisk schools providing a wide range of support. We have seen the incredible results of our Rotary Club supporting the amazing school faculty and administration at Bracken. That school has gone from
being an underperforming poster child to now being a nationally recognized top-performing magnet school. This same transformation
is underway at Long, Beckley and now Hollingsworth.

Through our major support of Spread the Word Nevada at Beckley, I witnessed first-hand this week at a Breakfast with Books event the incredible joy and appreciation these children and their families feel for the support we provide. See the pictures in this week’s Wheel of the 214 people packing the cafeteria.

If you ever doubt we are on the right path, just stop by Beckley during any of our various support activities. You might find you get as much out of the experience as the kids. 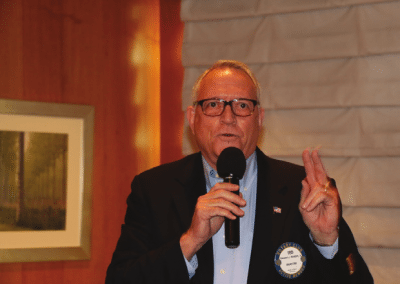 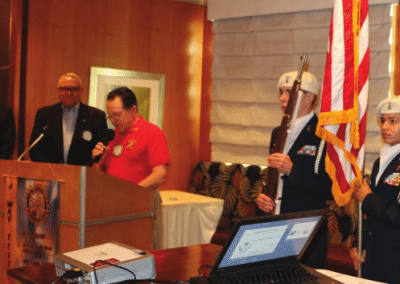 Past President Steve Linder leads us in prayer. 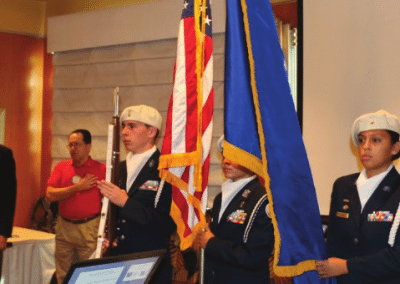 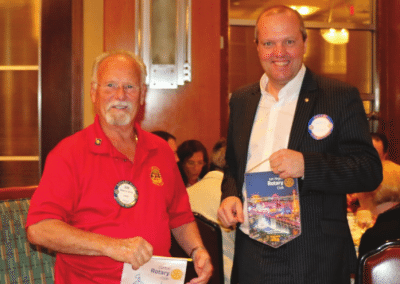 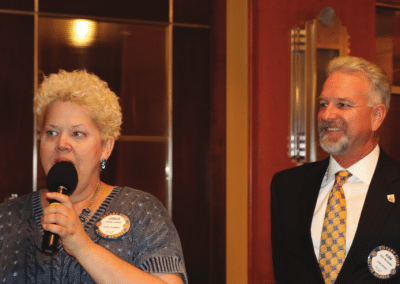 Janice Lencke announced that the Car show committee has raised $11,000 through sponsorships. 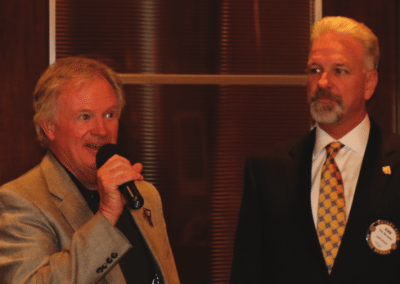 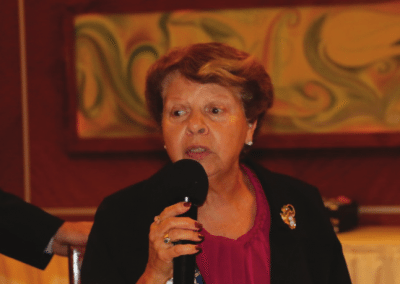 Marie Walsh announced the next Breakfast with books will be held at Beckley Elementary. 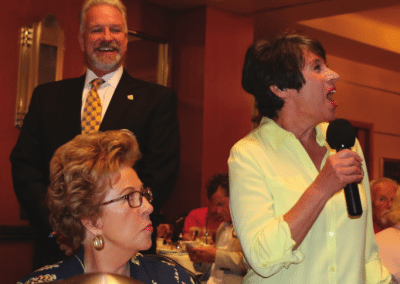 Nancy Slitz was happy to announce the next 25 Club Fellowship Meeting at the Springs Reserve. 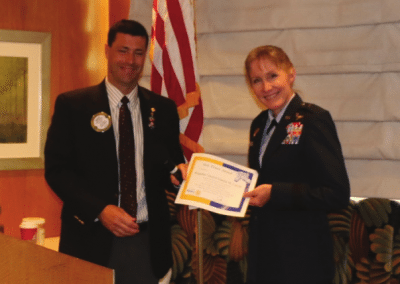 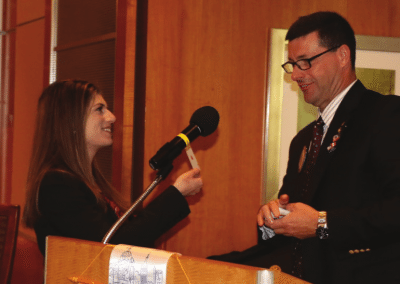 A guest at the meeting pulls a Ace to win a $50 prize. 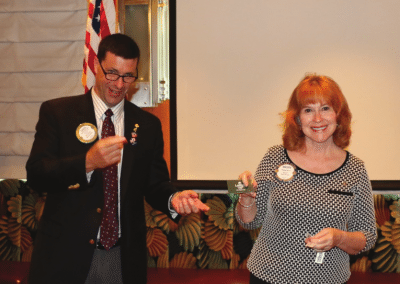