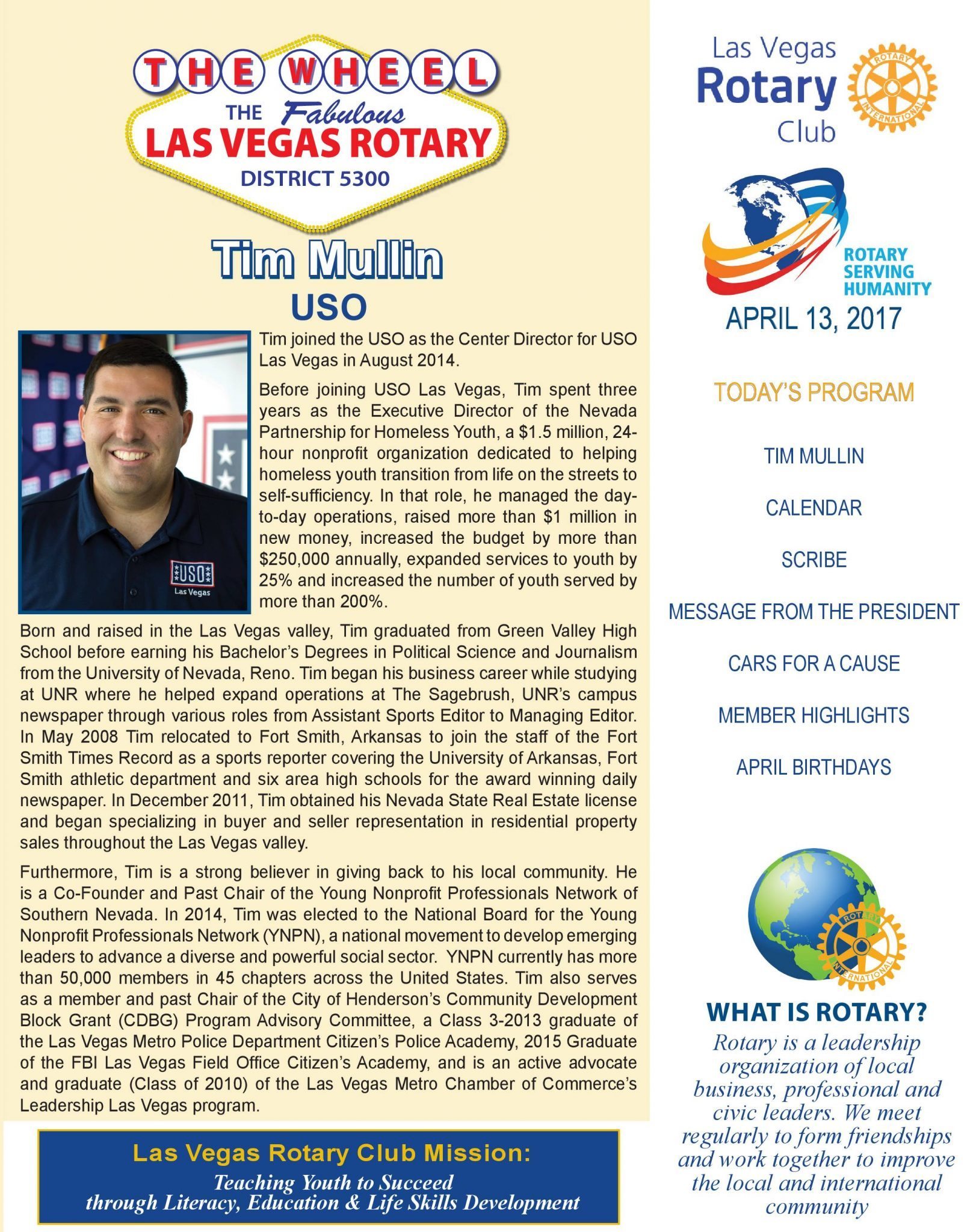 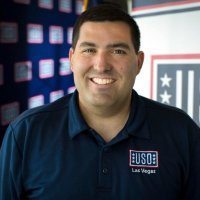 Tim joined the USO as the Center Director for USO Las Vegas in August 2014.

Before joining USO Las Vegas, Tim spent three years as the Executive Director of the Nevada Partnership for Homeless Youth, a $1.5 million, 24-hour nonprofit organization dedicated to helping homeless youth transition from life on the streets to self-sufficiency. In that role, he managed the day-to-day operations, raised more than $1 million in new money, increased the budget by more than $250,000 annually, expanded services to youth by 25% and increased the number of youth served by more than 200%.

Born and raised in the Las Vegas valley, Tim graduated from Green Valley High School before earning his Bachelor’s Degrees in Political Science and Journalism from the University of Nevada, Reno. Tim began his business career while studying at UNR where he helped expand operations at The Sagebrush, UNR’s campus newspaper through various roles from Assistant Sports Editor to Managing Editor. In May 2008 Tim relocated to Fort Smith, Arkansas to join the staff of the Fort Smith Times Record as a sports reporter covering the University of Arkansas, Fort Smith athletic department and six area high schools for the award winning daily newspaper. In December 2011, Tim obtained his Nevada State Real Estate license and began specializing in buyer and seller representation in residential property sales throughout the Las Vegas valley.

Furthermore, Tim is a strong believer in giving back to his local community. He is a Co-Founder and Past Chair of the Young Nonprofit Professionals Network of Southern Nevada. In 2014, Tim was elected to the National Board for the Young Nonprofit Professionals Network (YNPN), a national movement to develop emerging leaders to advance a diverse and powerful social sector. YNPN currently has more than 50,000 members in 45 chapters across the United States. Tim also serves as a member and past Chair of the City of Henderson’s Community Development Block Grant (CDBG) Program Advisory Committee, a Class 3-2013 graduate of the Las Vegas Metro Police Department Citizen’s Police Academy, 2015 Graduate of the FBI Las Vegas Field Office Citizen’s Academy, and is an active advocate and graduate (Class of 2010) of the Las Vegas Metro Chamber of Commerce’s Leadership Las Vegas program. 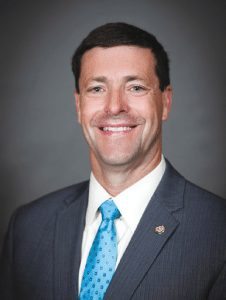 The United Service Organizations Inc. (USO) was founded in 1941 to provide morale and recreation services to U.S. military personnel. Interestingly, the founding brought together several other well-known organizations including the Salvation Army, YMCA, YWCA and the National Jewish Welfare Board to join in supporting the troops.

The USO is perhaps most famous (at least in my generation) for shows put on by Bob Hope throughout his career. So, I thought I would provide a few entertaining quips by the late show master:

“The USO has taught me to say ‘Kaopectate’ in seven different languages.”

‘You can always tell when a man’s well-informed. His views are pretty much like yours.’

‘Welcome to the Academy Awards – or as it`s known at my house, Passover.’

“Contrary to what you’ve heard, I did not entertain the troops at Valley Forge.”

“It’s so cold here in Washington, D.C., that politicians have their hands in their own pockets.”

… and lastly, in the spirit of Rotary:

“If you haven’t any charity in your heart, you have the worst kind of heart trouble.”

Enjoy today’s presentation by yet another amazing member of our club and our community! 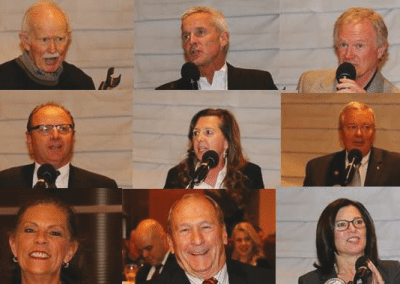 Some of our Club past presidents summarized their year at the Helm. 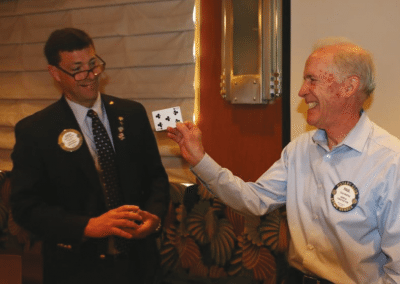 Paul Maffey missed his chance at the Joker. 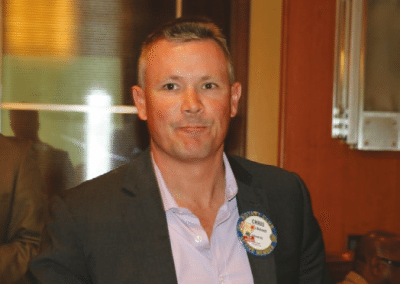 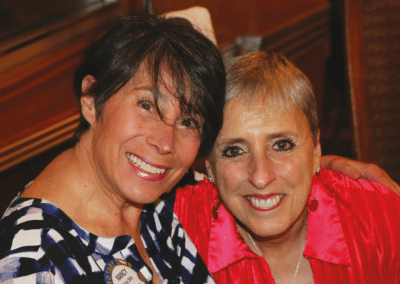 Nancy Slitz is moving to Colorado and poses withJanet Linder for a going away photo. 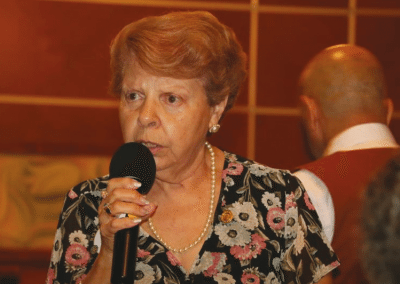 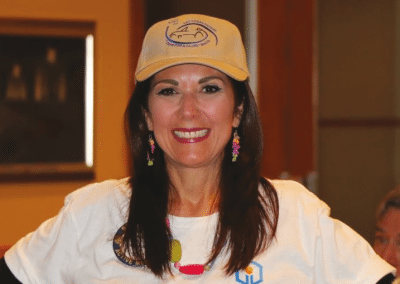 Francesca Gilbert models the Car Show tee shirts that are for sale. 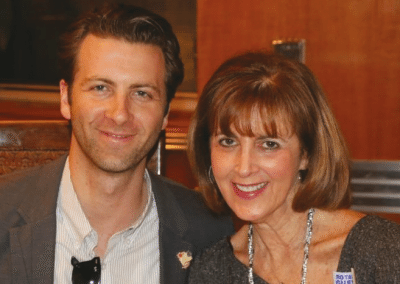 Ryan Hamilton was joined at lunch with his wife Tina. 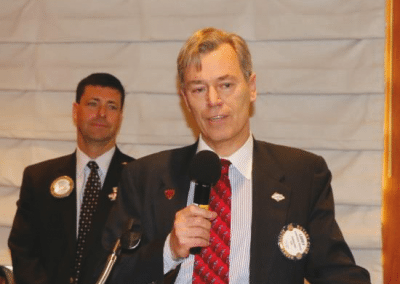 Larry Tomsic led us in song with “God Bless America”. 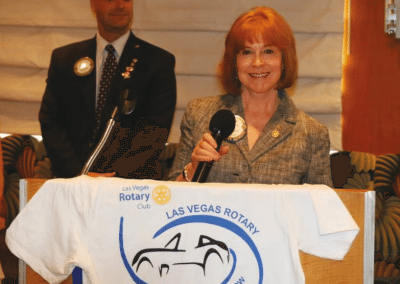 Arleen Sirois opens the meeting with an invocation. 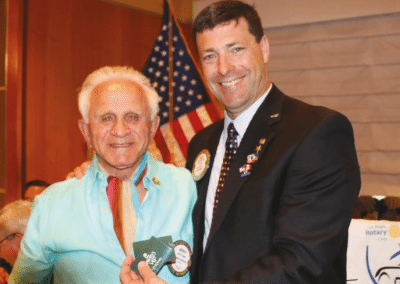 Jerry Engel walks away with the Lawry Bucks. 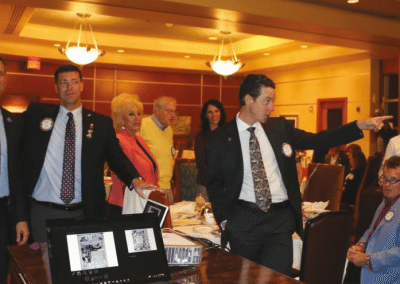 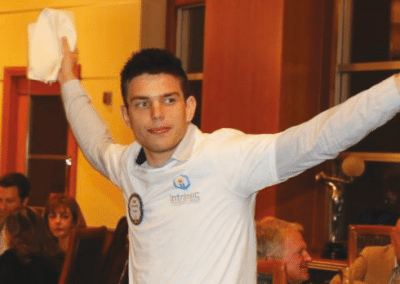 Erik Astramecki models the Car Show tee shirts that are for sale.

• President David Thorson called the meeting to order and wished the Club a happy 94th Anniversary!

• Arlene Sirois gave the invocation. Larry Tomsic led the club in song. The Pledge of Allegiance was recited and the Sergeant-at-Arms was President Elect Michael Gordon.

• There were (0) International Rotarians, (0) Visiting Rotarians and (4) Guests of Rotarians were introduced.

• The drawing began at $6,129 plus this week’s donations. The winner gets half the pot and half goes to the Las Vegas Rotary Foundation. Ticket Winner: Paul Kruger who won $10! Lawry Bucks Winner: Jerry Engel.

• President David Thorson welcomed back Gina Gentleman from her medical treatments, back to full health!

• President David Thorson gave a sad farewell to Nancy Slitz who is relocating to Colorado to be closer to her family – she will be missed.

• President Elect Michael Gordon reminded the club that the “Cars for a Cause” car show is April 23, 2017. We need car participants and your friends to buy raffle tickets.

• Kirk Alexander announced that the next Corazon Superbuild will be May 6th in Tecate, Mexico. Contact him if you are interested in participating.

• Past President Russ Swain was the MC for the 94th Anniversary presentation. (14) Past Presidents spoke about their years as president: Jim Jones, Tom Thomas, Tom Krob, Jim Hunt, Jim Tucker, Kathy Dalvey, Steve Casey, Brock Fraser, Randy Campanele, Russ Swain, Karen Whisenhunt, Randy Donald, Ginger Anderson and Steve Linder all spoke highly of their experiences. Tom Thomas reminded the club about the speakers who came to talk about the Y2K Bug! Tom Krob talked about adopting Bracken Elementary. Jim Hunt spoke about the first “Wetzle Awards.” Jim Tucker digitized the club during his year. Brock Fraser said the raffle pot got up to $22k his year, and a guest won the prize! Ginger Anderson won 9 awards at District Conference in her year.

• President David Thorson noted how proud we should all be as members of this Club and adjourned the meeting.